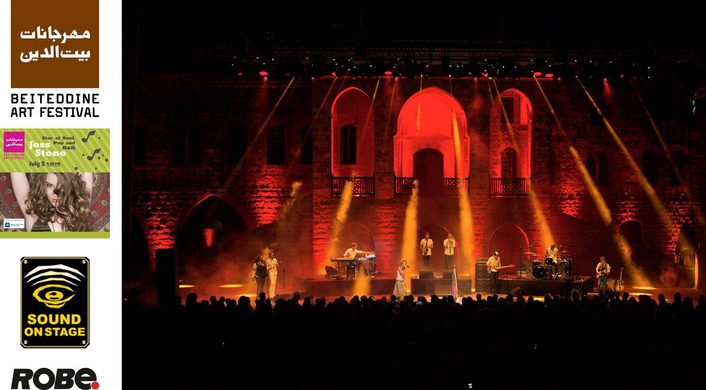 Sound On Stage Events made a real impression with the lighting
An all Robe moving light rig was specified for the 2014 Beiteddine Art Festival in Lebanon – a vibrant, high profile annual summer music and cultural event with an all-star line-up of local and international artists that is staged against the magnificent backdrop of the 2000 year old Beiteddine Palace. 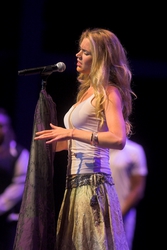 The lights were supplied by Sound On Stage Events, a leading technical production company based in Dubai and actively working in both territories.

They have supplied audio to the prestigious event for the last 14 years, but this year for the first time were also asked to provide lighting, which included a production lighting by brothers Rawad and Mazen Saad, who also own and run the company. All the equipment was shipped in from Dubai.

Since 2011 Sound On Stage Events has enthusiastically embraced the Robe brand and been steadily investing in more products.

“It was a huge honour to be asked to design and supply lighting as well,” comments Rawad, “And of course we wanted to make a really good impression and ensure that the event received the best possible production elements”.

He adds that apart from that, the design needed to be flexible and adaptable to meet the needs of the numerous different types of performance – from orchestral to rock ‘n’ roll and many genres in between, including full blown musicals. The 4000 capacity outdoor auditorium created for the event was completely sold out for every show. 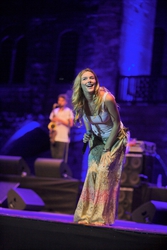 Clearly Sound On Stage Events made a real impression with the lighting, as Chief  Organiser Noura Jumblatt confirmed, “This is the best lighting that we have had to date”.

She adds that for the festival - which started in 1985 as a mark of unity during the bitter Lebanese civil War, with her heading the organising committee since 1987 - it is crucial for them to have the best technology onstage, “A good production gives us a real edge”.

Most of the fixtures were arranged across five over-stage trusses and an advanced / front truss, with some reserved for the floor depending on the artist. Some performers brought their own LDs but the majority were lit by Lucas Rey, brought in by Sound On Stage Events as Programmer / Operator.

Lucas has been using Robe for some years in his work however this was the first time he had used Pointes, on which he commented, “They are amazing – I really like them - in particular the gobo options when in Spot mode”.

The MMX WashBeam is also among his favourite Robe products - he likes the zoom and the gobo selection - and he appreciates the sheer power and excellent colour mixing of the LEDWash 1200s together with their even, high quality light output.

Sound On Stage Events first purchased Robe when their business started taking off. “We had already been supplying sound and video to the event industry for some years and when we made the decision to start the Lighting department - so we could offer the full production package - we wanted to have the best products,” explains Rawad.

They looked at all the options before deciding to go with Robe after several meetings and demonstrations with Robe Middle East’s General Manager, Elie Battah. 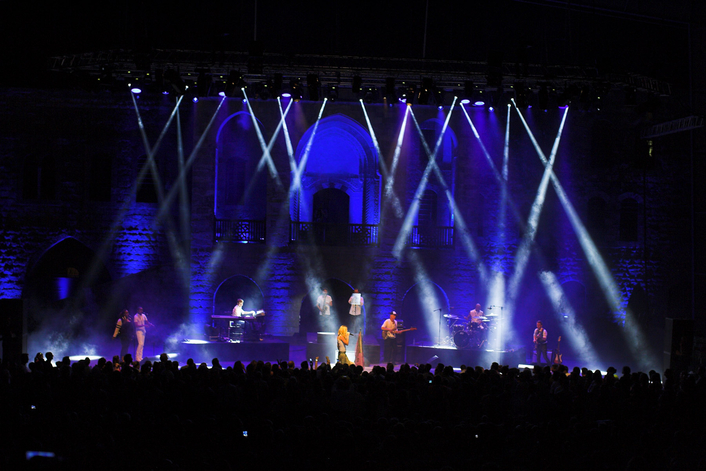 “We like the overall brightness of all the fixtures, the light weight and the wireless DMX option is also very useful and a feature that we use a lot.” Rawad expands, adding that also in Robe’s favour, and high up the agenda for him and Mazan, is the fantastic technical and after-sales support they can receive throughout the Middle East region.

They currently have around 120 Robe units – purchased via Elie and Robe Middle East in Dubai. In addition to the products on the rig at Beiteddine this year, they also have Robe ROBIN LEDBeam 100s and ROBIN 300 Beams.

On the audio front, Sound On Stage Events supplied a Coda Airline LA12 audio system complete with Coda SC8 subs and Midas PRO 9 / Yamaha PM5D consoles for Beiteddine. They are the first company in the Middle East / Gulf area to have Coda which is rapidly becoming a choice for high end productions, as its clarity and exceptional sound quality has been turning a few heads! 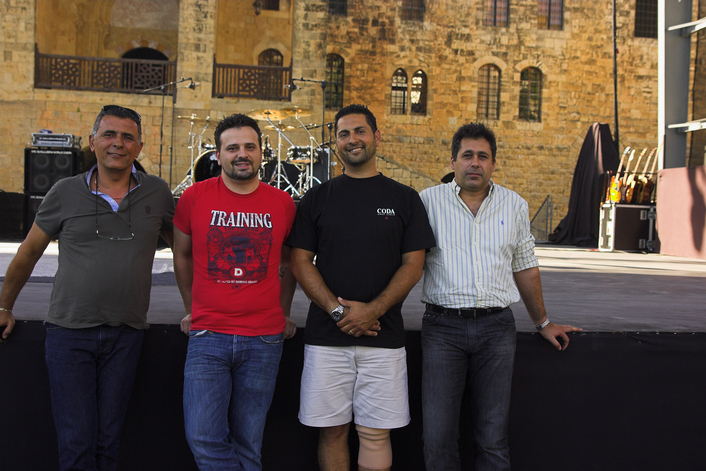 In addition to the Robe lights at the Festival, they supplied MILOS trussing, MDG fog machines and a large quantity of Robert Juliat PC Spots, profiles and cyc lights plus grandMA2 consoles for control.