Airstar Gets Intimate with Shawn Mendes  for his Illuminate World Tour 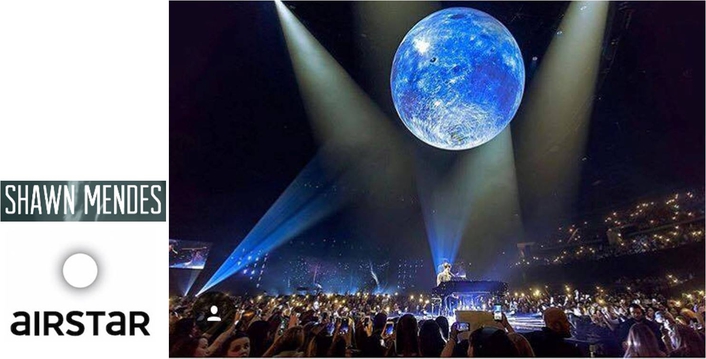 Canadian singer-songwriter Shawn Mendes shot to fame via a clip he posted to Vine in 2014 and has quickly garnered pop royalty status with a social media fan following of millions. At the pinnacle of his career playing sold out arenas around the world, Shawn is currently embarking on his ‘Illuminate’ world tour – and leading French manufacturer and provider of lighting balloons for the event industry, Airstar, is helping to set the unique stage for the hottest ticket of 2017 with its Pendulair LED product.

The ‘Illuminate’ tour comprises 61 dates in total touching every continent, with Shawn playing some of the world’s biggest music venues. Named after his current Platinum-selling second studio album, the show features a set built around a 5m wide Airstar Pendulair LED lighting balloon - known as the ‘Orb’. Providing the main source of the light for fans as they walk into the venue, in an off-blue hue which links the tour to the Illuminate album logo, the ‘Orb’ takes centre stage alongside Shawn for the duration of the concert. 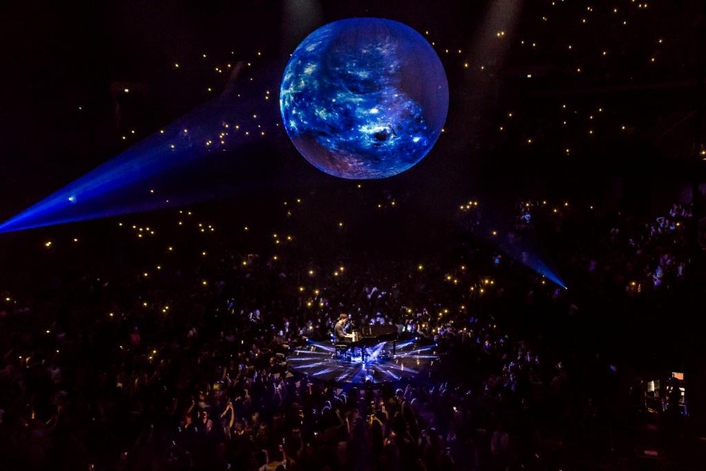 “With Shawn’s current album entitled Illuminate, we wanted a central piece to the performance that brought this to life visually and set the right tone and atmosphere. Paul took inspiration from the dramatic ‘Solar Equation’ project from Rafael Lozano-Hemmer – a large-scale public art installation simulating the sun which debuted in Australia in 2010 and was enabled by custom Airstar solutions – and this led us to envisage the ‘Orb’ and reach out to Airstar,” explains Thornton. 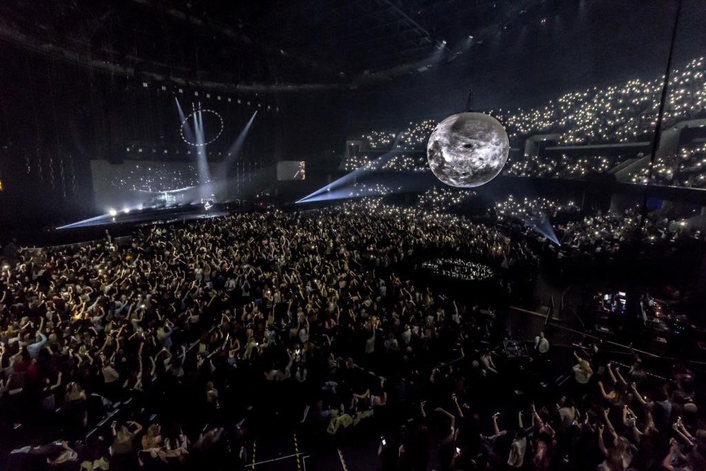 Production design company Okulus are the driving force behind the collaboration, and Scott elaborates: “The ‘Orb’ is the visual representation of Shawn’s inner conscience, which he talks with as part of the artistic narrative interwoven between tracks. He performs three songs directly beneath the ‘Orb’, with a custom content by Treatment Studio mapped onto it. The lighting and staging became another medium through which he is speaking with his fans, creating a fully immersive experience.” 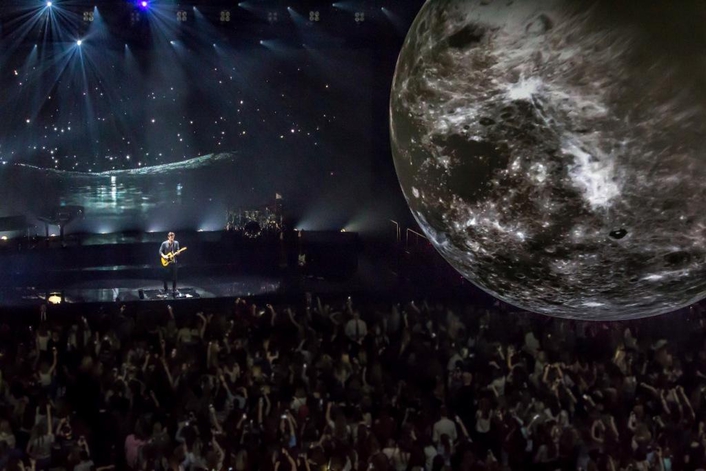 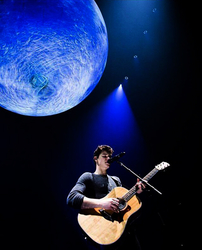 Luke Baudouin, event and architectural lighting manager at Airstar UK was the point of contact for the project, and explains how the Pendulair provided the perfect solution in response to the creative brief: “The Pendulair LED we made for the tour was the first of its kind. We had only seven weeks to custom build a five metre wide balloon for the launch of the album in Madison Square Garden. We are thrilled that they chose to use the Airstar Pendulair for Shawn’s world tour, and make it the centrepiece of the show.

Paul, Louis and Scott wanted us to integrate some new Solaris Flares lights to enable them to control via DMX allowing them the full control of lights inside the balloon. 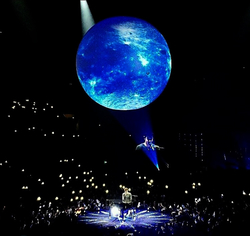 Hanging from one Tait NAV Hoist so it can be lowered into exact positions, the ‘Orb’ has 12 TMB Solaris Flares rigged on the central truss, and the structure is air ventilated. The lighting inside the ‘Orb’ is timecoded and controlled via a Grand MA 2 lighting console and automation (on motors high to low) is controlled by a Tait Navigator system.

Airstar’s Pendulair LED also acts as a fantastic backdrop for projection mapping: four Panasonic PT-DZ21K2 projectors are mounted on platforms at ground level equidistantly around the ‘Orb’. They are able to provide the complex warping required and are focused in the down position, mapped and edge-blended to distribute content around the Pendulair. The content is fed to the projectors via the Hippotizer Boreals media server by Green Hippo.

“As well as being visually spectacular, the integration of the Pendulair has been seamless and hassle-free – in fact it has been working perfectly from the very first tests,” adds Scott. “We just spent a little time adjusting the intensity of the light inside and getting the projection mapping to match the seams so it looks perfect.

“We had fantastic support from Airstar throughout the project,” he enthuses. “During the installation process we’ve connected with the Airstar technical team remotely to conduct tests and exchange results and they have been extremely helpful.”

Thornton is thrilled with the result. “Build quality and reliability are paramount to us on such a lengthy tour and we couldn’t have asked for more with the Airstar Pendulair LED. We didn’t even consider any other options – Airstar’s supreme craftsmanship, innovative technology and outstanding service being the obvious choice.”

Concludes Baudouin for Airstar: “It has been a wonderful experience working alongside an efficient team of individuals to deliver and pioneer a new bespoke LED product that is being used all around the world.”