Airstar Wipes Out Darkness for the Surf de Nuit in Anglet

The Surf de Nuit is a unique concept gathering thousands of spectators each year in August on the Sables d’Or beach in Anglet, France.

Listed in the official World Surf League (WSF) calendar, this competition sees twelve of the best professional surfers duke it out by night under the light of gigantic Airstar balloons. Equipped with LED-lined surfboards (lumiboard), the riders compete for this coveted League trophy and put on a real show with daring tricks.

This exceptional event is made possible thanks to the Anglet city hall which organises this event in cooperation with regular partners and service providers, without the help of a specialist company. Both the logistics and power supply are handled by the technical team from the city. One of the Anglet city partners is none other than Airstar, whose South West branch has been working on this exciting project for the last 10 years, taking a growing interest in the event’s lighting requirements.

Florent Gatard, Airstar business director, explains how Airstar is able to perfectly light up the surfers and their surroundings, dozens of metres away from the shore. “Because it’s a one night only event, we virtually have no margin for error. We need to calculate the best position for our Solarc lighting balloons according to the tidal range. The Solarc balloons are the most powerful in our range and they play a critical role in the success of the Surf de Nuit. Because the water doesn’t reflect light, maximum lumen output is required as close as possible to the surf zone.”

First, an anchorage point is made with a buoy connected ballast before being carried on foot and then by swimming when the tide is at its lowest. Once the tide is back up, two Airstar technicians are taken on a jet ski by the Anglet lifeguards to put the huge lighting balloon in place. 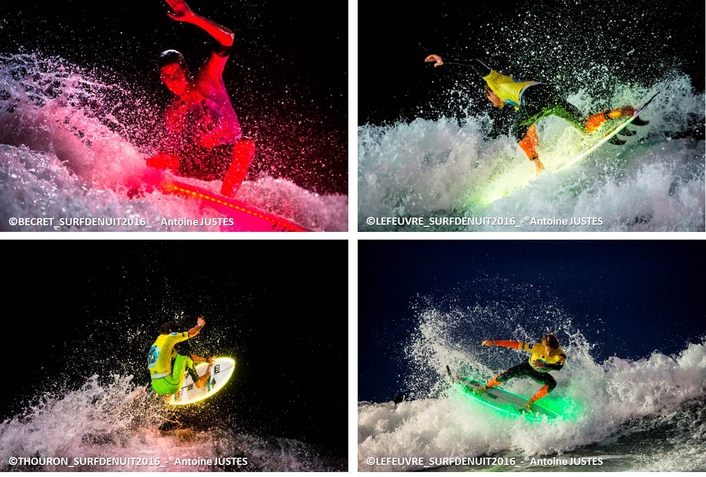 Two further Solarc 16K of similar dimensions and hosting HMI lightbulbs deliver the required light output on the shore. As the event unfolds, they are regularly pushed further away into the ocean, up to 50 metres and following the ebb tide, so that the riders are perfectly lit for the whole duration of the competition, which runs from 8pm until midnight.

Magnetic IREM 4K HMI ballasts are installed at the end of the sea wall, powering and swerving the Solarcs with a special 125 metre long extension cord. The HMI bulbs integrated within the Solarc balloons are able to light up the whole area with a powerful yet non-glare white light.

On the beach, the rocks and the spectator lighting is managed by four 1,200W Crystal 160 lighting balloons mounted on a pole and showing the Anglet city logo. All the balloons are installed in half a day while the beach remains opened to the public—and the dismantling takes a mere two hours. 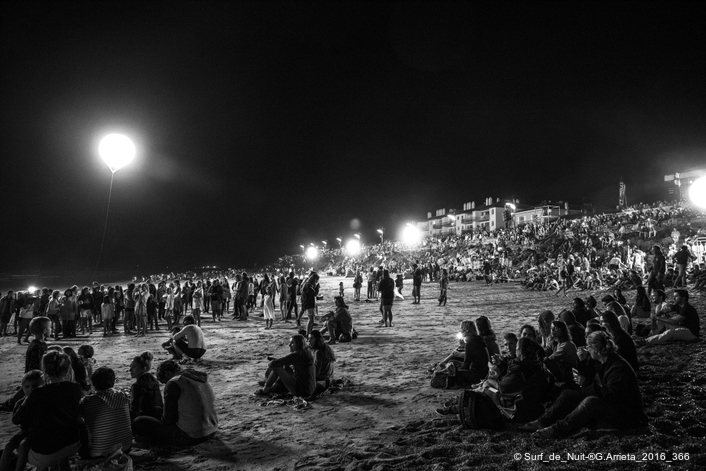 Guillaume Cazet, event department manager at the Anglet city council, confirms that it would be very hard to run the event without the use of the Airstar lighting solutions. “We are delighted to be able to count Airstar as our long standing partner. Their lighting balloons are now an integral part of the show; they are so emblematic that they are used in our event logo!

“The lighting from Airstar is really innovative; it doesn’t disturb the surfers and allows the crowd to follow the competition thanks to a superb light. Even the photographers and video makers praise us for the quality of the lighting, as it makes their job much easier and allows them to get some great shots.”

Indeed, the entire competition is broadcast live on a big LED screen as well as on the official surf league website, which recorded over three million views this year. Cazet sees a lot of potential for the brands to have their name associated with such an international event, as the lighting balloons can be branded with a sponsor logo. 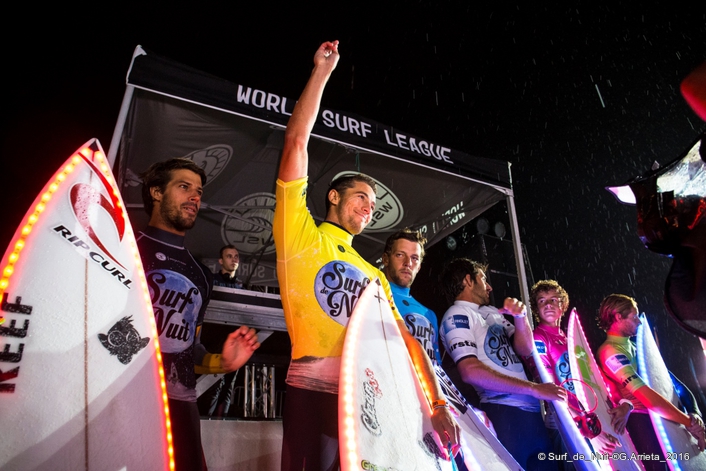 “The Airstar lighting balloons are not only efficient, but seeing them floating above the ocean automatically attracts a crowd, who come in thousands at dusk. We really couldn’t do without them,” concludes Cazet.