Adlib supplied an L-Acoustics ‘racks-and-stacks’ audio solution plus a full support package and crew to Years & Years recent UK tour which saw the chart-topping rising star synthpop trio from London playing a series of sold out theatres and arenas. 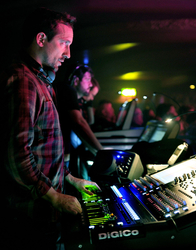 Due to the variety of venues on the itinerary, Pablo specified a system with great flexibility, so an L-Acoustic’s K1 / K2 package, which in the largest iteration – as used for Wembley and Birmingham – comprised of 12 x L-Acoustics K1s a side with 4 x KARA downs for the main hangs and 12 x K2s a-side for the secondary / side hangs.

The 18 x SB28 subs were ground stacked and configured as three 3-high stacks per side, the first one directly below the main arrays and two subsequent ones at two metres and then four metres onstage, mirrored left and right.

For the smaller gigs the K2 array became the main hang and the subs reduced to two 3-way stacks per side.

For infill, on top of the outside sub stacks were four ARCS boxes per side complimented with a single KARA element each side on the inside sub stacks. All speakers were driven by LA8 amplifiers. 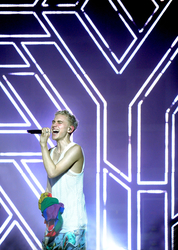 One of Adlib’s standard Lake processing / control systems dealt with the processing, utilising three LM 44s at FOH, going to two LM26s onstage and a RedNet D16R interface, distributing AES to all the amps with analogue backup.

Sam states that the flexibility of the K2 in particular is ideal for a tour like this in mixed venues where it can be an ideal side hang in one room and a powerful and fully focusable main array in another, also making it extremely cost-effective to tour – rather then having to send additional components out to supplement all the larger dates.

The FOH and monitor consoles for Years & Years and their full monitor set up was supplied by London based Hark Audio, the band’s regular supplier for some years. Adlib was very happy to work in partnership with them.

The support package from Adlib consisted of a DiGiCo SD10 for FOH and a Soundcraft Vi1 for monitors, plus a full line system and mics-and-stands.

Danish singer / songwriter MØ. performed for the whole tour with two other acts - Mabel and Nimmo - also appearing at three shows each, and all three playing at Wembley. Two of these had their own IEM systems, MØ. toured her own FOH console ... and all of them brought dedicated own engineers.

Sam and Hass again ensured with their forward thinking, planning & prep that everyone involved had exactly what they needed and therefore, each day ran as smoothly as possible.

Audio wise it was a relatively straightforward set up – they know all the venues very well, their nuances and the optimum set-ups, and the process flowed extremely efficiently. “Lots of good people helped create a really happy working atmosphere and it was good to be part of this,” concluded Sam. 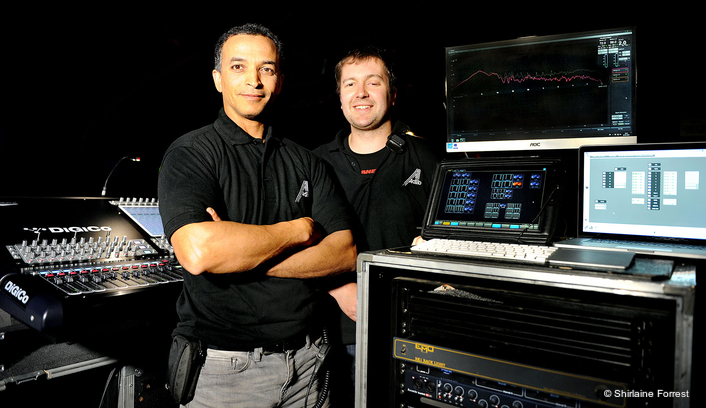 Adlib Client Manager Phil Kielty concluded, “it has been brilliant to watch Years & Years develop in the live arena. We’ve worked with them on various shows and when Steve Down asked Adlib on-board it was all about us working as part of his team and fitting in comfortably. The entire production is stunning to watch, and the band and everyone involved are achieving truly amazing results!”