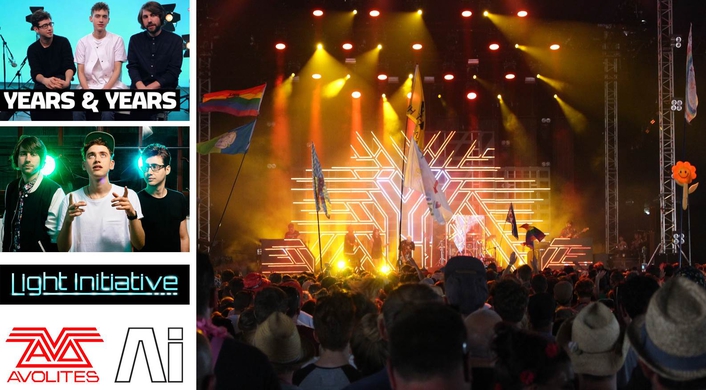 The concept for the LED screen was the idea of Years and Years lighting designer Chris 'Squib' Swain. It reflects the cover artwork for the band's debut album 'Communion', with coloured branches of LED strips intersecting at different angles from a central 'Y' shape.

Years and Years have played some of the summer's biggest festivals, including Glastonbury, BST in Hyde Park, and T in the Park. 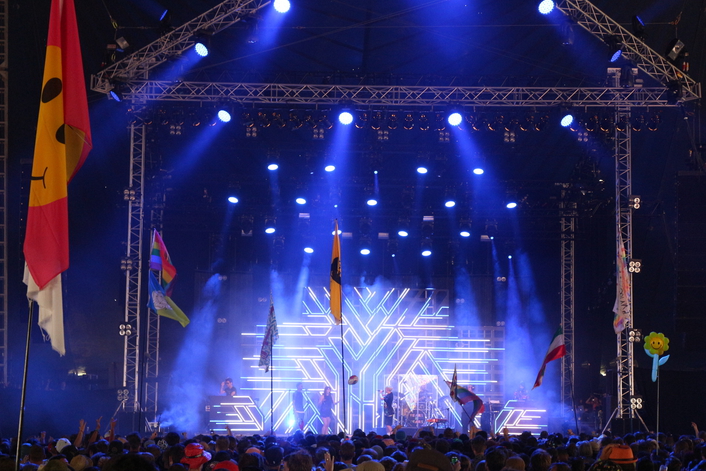 London-based controllable LED specialists Light Initiative created the screen. It is freestanding at almost 5m high and constructed in sections of LED which makes it easy to install, dismantle, and travelwith short festival turnarounds in mind.

"Avolites' Ai Infinity EX8 can take an LTC timecode input, and we distributed the video output through our processors," explains Light Initiative's Operations Manager, Paul Bellman."Due to the branching arrangement of the LED strip, it was a complex task to map the linear video strips, and the Ai server facilitated this in a very straightforward way, allowing all the angles and branches to be mapped logically for ease of content creation." 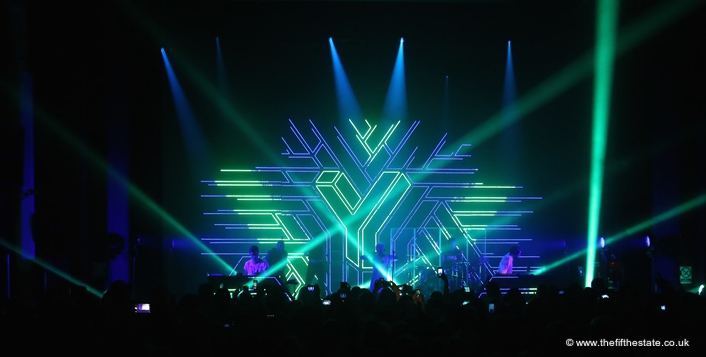 The EX8 has programmable, EDID managed, WUXGA (1920x1200) outputs. Each is digitally amplified to give you a preview and production output over DVI.

The colourful content and video design for the LED structure was devised by Adam Young, who also worked in collaboration with LD Squib Swain on the set design for the tour.

"The combination of Light Initiative's amazingly skilled team and the Ai server means that they can simply provide me with a perfect visual representation of the structure and its parts to work on top of," says Young. "As a designer, this means that you don't have to work out how you're driving the LED strips and your focus can be on bringing the structure to life. The Ai server meant that I had to barely think about how the design would be transferred from After Effects to the LEDs - I could render out a visually representational video file, load it into the server and it just worked."

Years and Years are on a busy touring schedule, having played dates across the UK and Europe in the spring and summer. The band travels to the US, Australia, Canada and central Europe until the autumn. 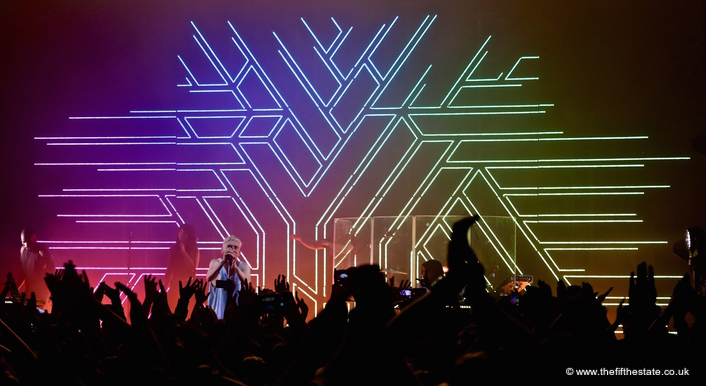