Robe for the 2015 mtvU Woodies 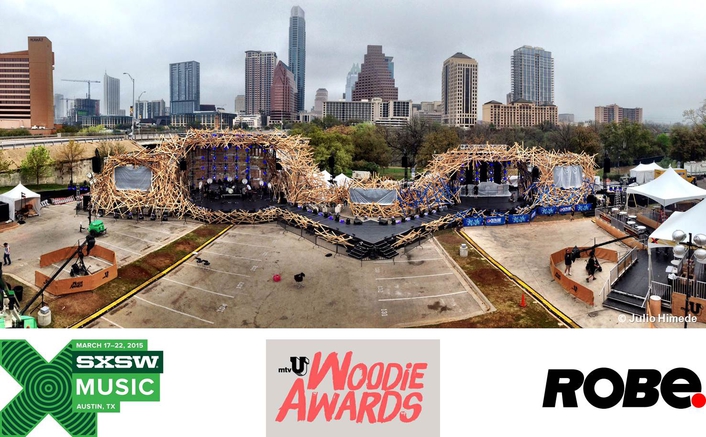 .
Lighting Designer Tom Kenny produced another spectacular large-scale work to illuminate the 2015 mtvU Woodie Awards staged at the vast Austin American Statesman site on the south bank of the Colorado River during the SXSW Music Festival. The popular event, organized by MTV’s 24-hour college network, capitalized on the buzz, excitement and sizzling array of cool, new, emerging and cutting-edge music that grips the city of Austin, Texas, for the week.

Tom works on many high-profile Awards show designs and continues to create new and original lighting schemes. For this year’s Woodies, he incorporated over 200 Robe moving lights – Pointes, LEDWash 1200s and LEDWash 600s - into the rig, for which his starting point was a stunning stage-set sculpture crafted from tens of thousands of wood planks, imagineered by Julio Himede. 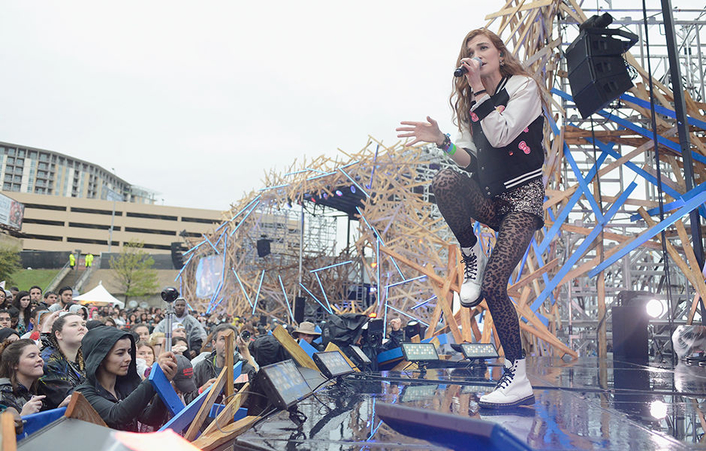 The beautiful jagged wood structure clad the two stages which were set up side-by-side to facilitate a festival ‘flip-flop’ style presentation that ensured eight hours of continuous music from 5 p.m.

Hosted by Jack Antonoff (frontman of The Bleachers) the super-hot line-up featured ground-breaking artists like Big Sean, James Bay, Tove Lo, Years & Years, Marina & The Diamonds, Fall Out Boy, Ellar Contraine, Hoodie Allen, and many more. It was also recorded for a one-hour special, broadcast across the MTV network (of which mtvU also includes 750 college and university campuses throughout the U.S.). 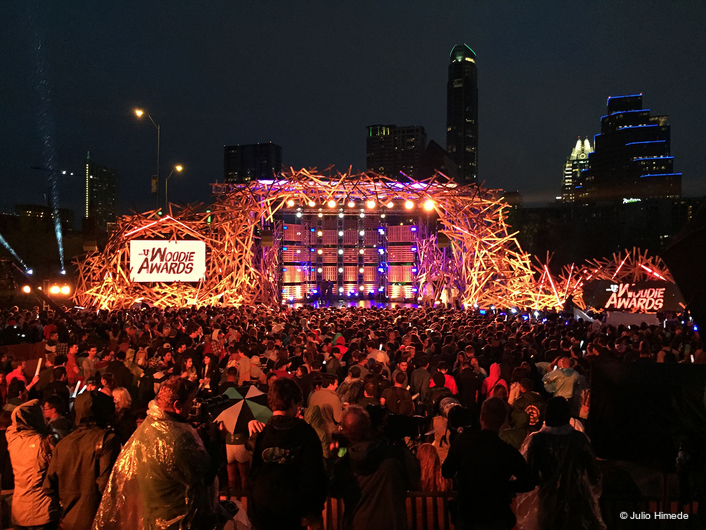 Tom has worked with Julio many times before and having such an eye-catching and vast stage set “made the job of lighting it simultaneously straightforward yet complex and more challenging,” explained the Miami-based lighting and visuals specialist.

In keeping with the whole vibe and energy of the Woodies and the wider one of SXSW, his goal was to make it “young, vibrant, colorful and positive but definitely with a bit of an edge.” He adds that The Woodies has a very specific audience, with which the event’s creative team needed to be in tune.

The wooden sets on both stages were similar but not identical, and were “great fun” to light revealed Tom, a task for which he used 96 x Robe LEDWash 600s and 69 x Robe LEDWash 1200s. 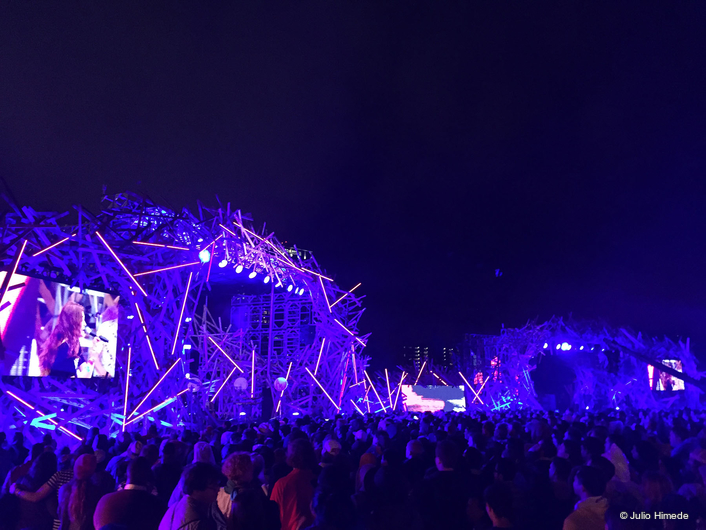 These were rigged along the base of the sets and used to shoot light up through the criss-crossing web of wood, with some fixtures located on custom platforms built within the set structure itself.

Tom needed a small, lightweight and powerful wash light with a nice even beam spread to fit neatly within the set framework and blast light across the vast expanses of wood.

More LEDWash 1200s located on a series of trussing towers were used as workhorse washes to highlight the site and the stages. It rained heavily during parts of the show, which really enhanced the LEDWash beams. Along with the insatiable spirit of the crowd, these fixtures could not be dampened!

The 36 x Pointes were rigged on the front trusses above along with the decks of the two stages and used for key lighting. 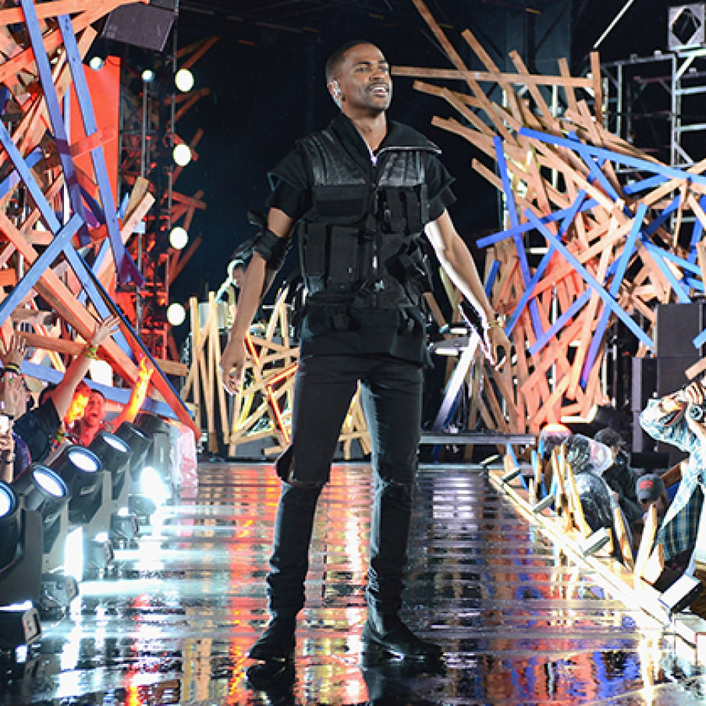 All the lighting – which included other moving lights, strobes and a selection of generics – was programmed onto the grandMA2 console operated for the show by Matt Piercy under Tom’s direction, with another grandMA2 run by Matt Webb triggering the media server and all the playback video cues.

The 2015 mtvU Woodies was another massive success, attracting 2.2 million viewers on MTV, generating 22 million Facebook impressions as the social team engineered an official takeover of the ‘Music on Facebook’ page which helped the event trend worldwide on Twitter during the show. There were 6 million Woodies story views on Snapchat … and 24,000 RSVPs from fans attending the show.

A major highlight – apart from the amazing production – was Fall Out Boy becoming the first ever inductee into the illustrious ‘Hall of Wood’!