Based in Utica, New York, WKTV has been an NBC affiliate for decades, serving the Mohawk Valley region of Central New York. The station is also affiliated with The CW and MeTV, and late last year added CBS to its roster. WKTV produces over 30 hours of live newscasts every week. In addition to broadcast distribution over its NBC, CBS and CW channels, newscasts are streamed live on the WKTV website. 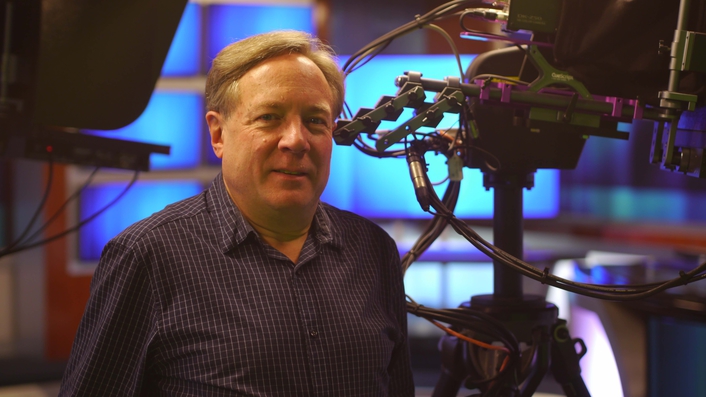 Five Hitachi DK-Z50 cameras are deployed throughout the news studio, under the control of a Ross Overdrive automated production system. Four of the cameras are paired with Ross CamBot 500-Series robotic camera heads for unmanned operation, and together cover six areas of the studio – the main news set, weather and sports sets, promo operations, the ‘Update Center’, and the ‘News Talk’ area for sit-down interviews with invited guests. A fifth DK-Z50 in the newsroom is used for ‘stand-ups’ with on-camera talent.

Familiar with earlier Hitachi cameras from his nearly 40 years of experience in broadcast television, WKTV Chief Engineer Tom McNicholl began evaluating recent models during his research for the station’s HD upgrade. After seeing Hitachi cameras in action with Ross Overdrive at another station in nearby Syracuse, McNicholl took a close look at the DK-Z50 at the NAB Show. He was impressed by the picture quality produced by the camera’s high-performance 2/3” CCD imagers, 14-bit analog-to-digital conversion and advanced digital signal processing.

“The Hitachi DK-Z50 provides the picture quality we need to satisfy our viewers, while being economical enough to fit our budget,” said McNicholl. “Combining this great price-performance ratio with the positive experiences I’d had with Hitachi cameras in the past, the DK-Z50 became the clear choice.” 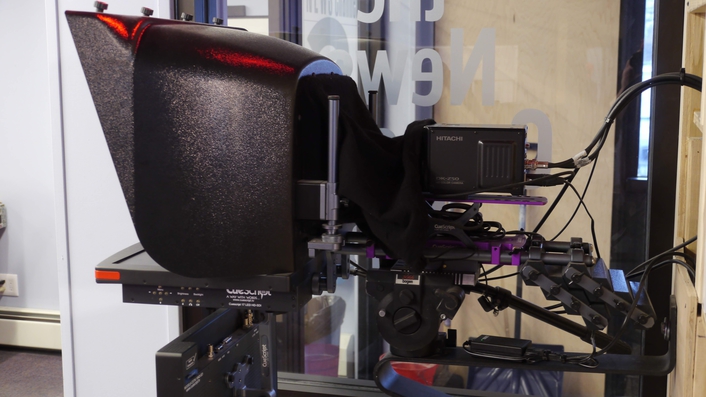 The installation and integration of the DK-Z50 cameras went seamlessly, helping WKTV meet its aggressive project timeline for its upgrade to HD news production. The DK-Z50’s unobtrusive form factor also proved valuable, as the new HD equipment was installed side-by-side with the station’s existing standard definition gear to allow continuing live newscast production in the same studio during the upgrade.

While Hitachi’s renowned support services were a factor in McNicholl’s decision, he has had no reason to take advantage of them with this latest deployment. “I’ve had great service from Hitachi in the past, but I’ve had no need for their assistance with the DK-Z50s so far, as everything’s working very well.

“The cameras have been stable and reliable, and the video they capture looks great. The upgrade of our newscasts to HD has been well-received by our viewers, and the Hitachi cameras are a key part of that,” McNicholl concludes.