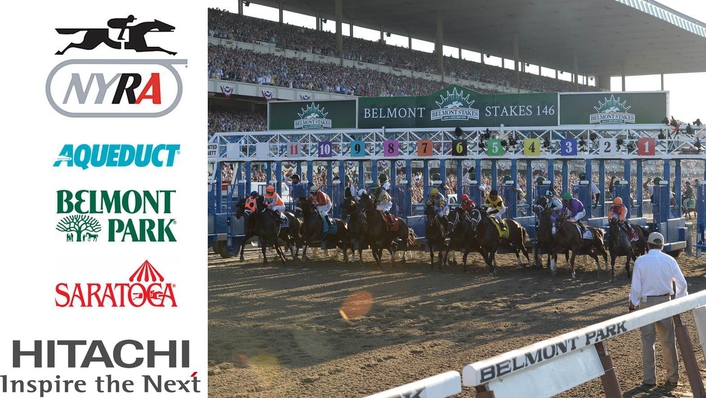 The NYRA Network, the New York Racing Association (NYRA)’s 24/7 cable television network, is capturing live coverage of major races from the sport’s largest regional venues with Hitachi SK-HD1000 HD cameras. The reliability and ease of use of the SK-HD1000 simplifies the live production process for the network, maximizing operational flexibility in the field for challenging racetrack shoots.

“The Hitachi cameras have become the workhorse of NYRA TV’s year-round production activities, and viewers enjoy the high quality of both live and rebroadcast races thanks to their quality and field performance,” said Julian Segura, chief engineer at NYRA TV Network. “They are lightweight [approximately 9.6lbs] and very easy to deploy, and we haven't had a single performance issue with them in the field. That says a lot about the camera’s reliability and its value that we have enjoyed as a result.” 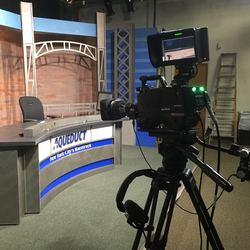 The Hitachi SK-HD1000 is Hitachi's third-generation HDTV camera, and embodies the latest advanced digital signal processing patents and world-renowned Hitachi technology. The 12 SK-HD1000 cameras cameras are used in tandem with NYRA TV’s two mobile production trucks, as well as several remotely operated Hitachi cameras that are mounted in Telemetrics housings around the track. Most of these are taken down following a meet, although several permanent systems are used throughout the year to provide viewers with live “look-ins” of the track during the off-season (showing training sessions and other non-meet track activities).

In addition to providing live coverage of horse racing’s three major regional tracks—Aqueduct, Belmont and Saratoga Springs—The NYRA Network also offers simulcast signals from around the country on dozens of monitors set up for each specific race meet. Some meets, like Saratoga, last six weeks, so the NYRA TV truck pulls up and sets up the cameras around the racetrack. Six cameras are configured as full “hard” cameras on a platform, complete with long (70x) lenses to capture to maximize dramatic impact of racetrack action.

NYRA TV also streams the live events (on NYRA.com) and the look-ins at the various racetracks. 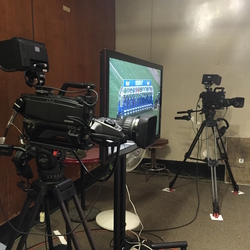 “Aside from the form factor, the Hitachi cameras provide a crystal clear image that is a must for our race fans,” said Segura. “I think when you look at value and longevity, Hitachi makes the best camera out there. We plan to add more Hitachi robotic box cameras around the track based on their durability and the quality they deliver to our productions. And Hitachi’s service department is second to none in their response time and effort. Not that we’ve used the service department that often, but it’s nice to know they are there.”

With its 2-piece, dockable design, the SK-HD1000 is a multi-format output camera system that outputs dual formats (SD and HD) simultaneously. As an option, the camera can be used to cross-convert 1080i (50/59.94) or 720p (50/59.94) HDTV signal formats and SD at the same time. Its circuits' miniaturization yield not only the smallest most flexible Hitachi HDTV camera to date, but also one of the "greenest" and most power efficient (16W camera head power consumption) cameras on the market.