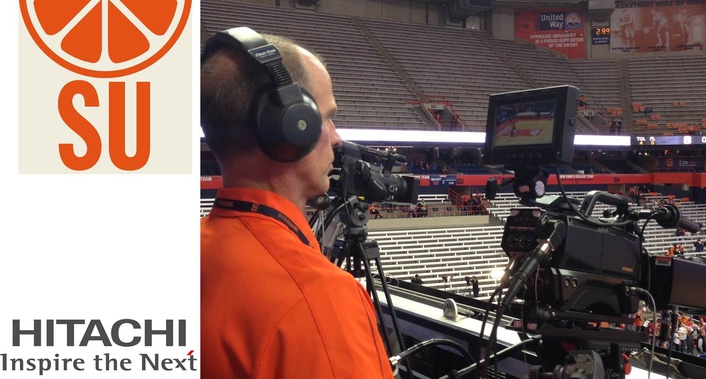 “Having ESPN3 carry our games live is prestigious and provides greater visibility for our teams,” said John DeFrancisco, Manager of Technical Operations for Syracuse University’s Carrier Dome, which houses a video production control room in one of its private skybox suites. The video operation is now responsible for live video production for ESPN3 broadcasts, closed circuit broadcasts to two HD Daktronics boards inside the arena, and Webcasts of select games via its Cuse TV online streaming service.

When ESPN first contracted with the University to carry select Orange games on ESPN3, they provided a list of video equipment they wanted them to use on their productions, including the Hitachi Z-HD5000s and two Fujinon HA42x9.7BERD box-style lenses. “We acquired the cameras as part of a broader video production upgrade we did specifically for the ESPN3 contract, and they have performed exceptionally well,” DeFrancisco said.

The University’s existing complement of five HD cameras now supplements the Hitachi cameras so they can provide more varied shots and angles of game action. The video feed is delivered to ESPN in real-time via the sports network’s own dedicated fiber lines.

“We’re delivering a broadcast quality live show, complete with graphics and instant replays,” said Jacquie Ontano, the Head of Production, whose responsibilities include booking the crew and directing the games. “When our season is set, ESPN tells us which Orange games they want to have on ESPN3. Most of our games are in demand because our teams are quite competitive.” 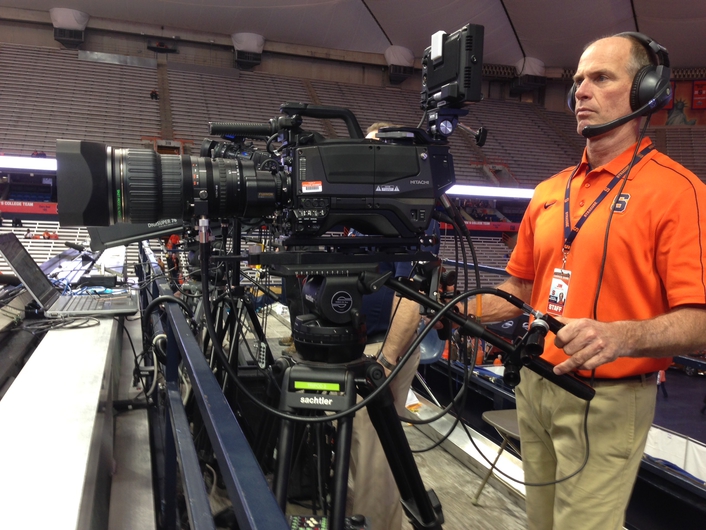 According to Syracuse University’s Video Engineer Dave Beikert, “The cameras are relatively easy to set up. We bring the camera control unit right out to the cameras and our camera ops take care of setting all the levels and painting and shading the cameras, with direction from Jacquie in the control room.” The Hitachi cameras are always operated by professional camera ops—such as Syracuse Producer/Videographer Jim Hamilton—and always used within the Carrier Dome.

Prior to the sale, Hitachi Regional Sales Manager, Kenneth Cyr, provided Syracuse University an on-site demonstration proving the technology of the Hitachi Z-HD5000. “We were happy with the cameras then, and they’ve since exceeded our expectations.”