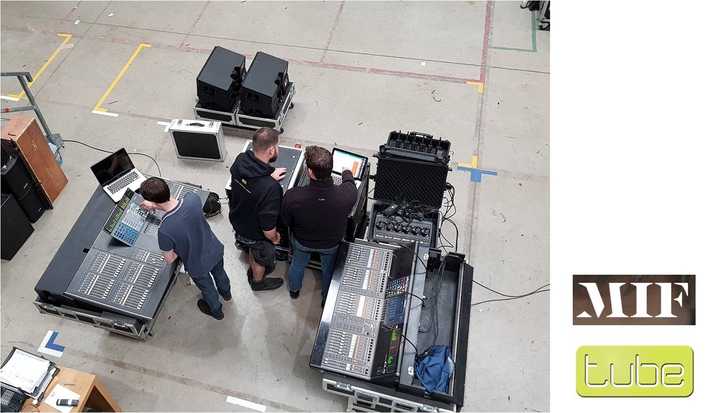 Manchester based Audio specialist tube uk will be supplying a wide variety of audio systems to around 45 different projects and installations at the 2017 Manchester International Festival (MIF), which takes place in, around and all over the city from June 29th to 16th July.
The company - known for their fresh and inventive sonic solutions - has been involved since the first official MIF event back in 2007, and also two years before in a teaser event for the now biennial accessible-to-all arts festival which celebrates new works.
tube’s role in MIF has steadily increased over the years together with the sizes and scope of the Festival, and this year's projects will vary in length from five weeks (the longest including setup) to numerous one day pop-ups.

tube's Melvyn Coote will be overseeing all projects and collaborating closely with festival technical director Jack Thompson alongside a project management team of three - Adam Taylor, John Redfern and Dan Steele, plus a crew of 20 - 25 hand-picked regular freelance engineers and technicians.
All will be working 18 hour days, 7 days a week for the duration of the Festival!
"It's extremely demanding," says Melvyn elucidating that his crew have been chosen for their calm personalities, ability to perform under pressure, sense of humour and being good communicators  ... as well as for their sonic skills!
All the kit that tube owns will be out - from the large line array systems to the small quirky install speakers - every, desk, cable and mic will be whizzing around Manchester, together with a small percentage (around 10-15 of the total) of cross hires ... in a tightly coordinated operation featuring some mid-boggling logistics, including approximately 20 trips per day between the newly expanded warehouse in Openshaw and the city centre. 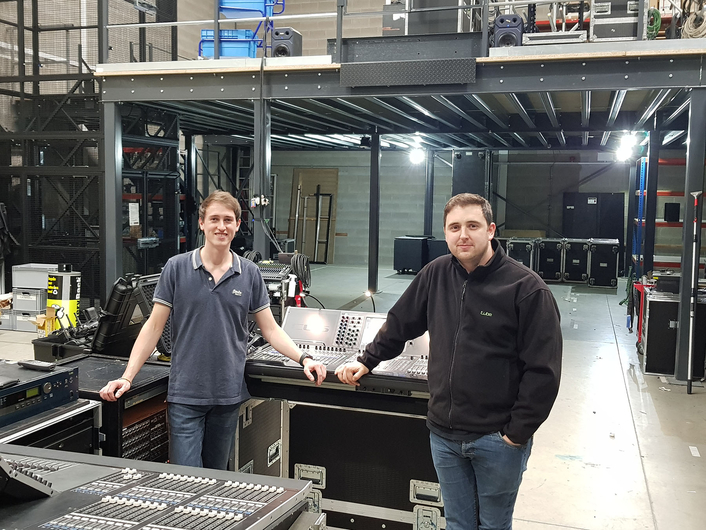 The efficiency of all this will rely on serious organisation in the warehouse, with kit often coming back in one day or evening and being turned around overnight to go straight out on the next job.
Amidst all this craziness, tube will continue to be servicing its regular clients and installations.
"In addition to meticulous pre-planning and detailing, we have to think fast, on-our-feet and be highly reactive, as things can and do come up at the last minute … such is the nature and excitement of raw new works and some of the unusual site-specific venues that become performance spaces for the Festival. Sometimes artists don't realise exactly what they need until they are onsite, so we build some contingency into all the calculations," explained Melvyn.

tube has already commenced prepping for MIF, a process that ramps up as the start date approaches.
A few ones-to-watch are ‘Manchester Street Poem’, conceived by Karl Hyde and Rick Smith from electronic duo Underworld, which is taking place in a derelict shop in the vibrant northern Quarter and continues for 9 days. The work will spotlight the voices and stories of those who find themselves homeless in the city. A soundtrack is being created for the space where the generic term ’homeless’ will give way to individuality, identity and integrity. tube is supplying all equipment and services free in support of the various homeless initiatives.
“Music for a Busy City" also promises to be fun ... taking six leading composers out of the concert hall and into Manchester, each creating bespoke 10 minute pieces of music  for spaces which are used daily. The six locations around the city will include Victoria Station, the Town Hall, Selfridges’ concourse and Canal Street. Getting the sound just right in all these locations will be a galvanising task for the tube team. 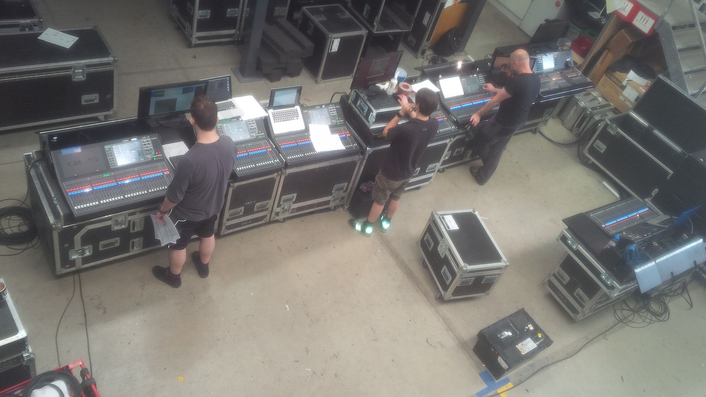 Another highlight will be "Dark Matter", eight immersive shows curated by Mary Anne Hobbs that promise to ‘destroy your boundaries‘ with music from pioneering national, international and Manchester artists. Six of the eight shows will be in Gorilla, a lounge club for which tube is the house audio supplier. The venue’s sound system will be modified for this run of shows.
“Last and First Men” is a film and live score by Icelandic composer Jóhann Jóhannsson with a narration by Tilda Swinton – a poetic mediation on memory loss and the idea of Utopia - which will be played at Bridgewater Hall by the BBC Philharmonic Orchestra.
One of the most interesting venues according to Melvyn will be on the top floor in the Museum of Science & Technology where - amid the roof beams - is a hidden warehouse. This is the space chosen by Theatre-Rites to present the world premiere of their 'The Welcoming Party'.

“What if Women Ruled The World” by Yael Bartana is another world premiere, staged at the charismatic Mayfield Depot, part of the former Mayfield railway station and will also be another one to watch – a new art experiment that ponders a hugely leading question!
Melvyn loves "the craziness of it all, the last minute stresses and the various curved balls - you feel very alive” as well as being involved with so many high level new works by innovative and inspirational artists and creators. “The chance of working in just about every corner of the city is also simply a great experience," he concludes.
This year, as Manchester stands united and strong in the face of the terror attack at Manchester Arena, events like MIF take on additional resonance, with the diverse, colourful and friendly city looking forward to welcoming a massive international audience with even greater warmth and enthusiasm.