The beautiful former Wesleyan Chapel built in 1910 was restored to its former glory – complete with original organ – and given a new lease of life as one of the most atmospheric live entertainment spaces in the city by independent owners, TROF.

The starting point to ensure that audio in the Grade II listed building would serve a diverse range of shows and events began when the project was in its very embryonic stages explains tube’s Melvyn Coote. In fact the main chapel hall was still derelict and long forgotten just as it had been for 40 years … when Melvyn conducted the first sound tests for TROF’s MD Joel Wilkinson. 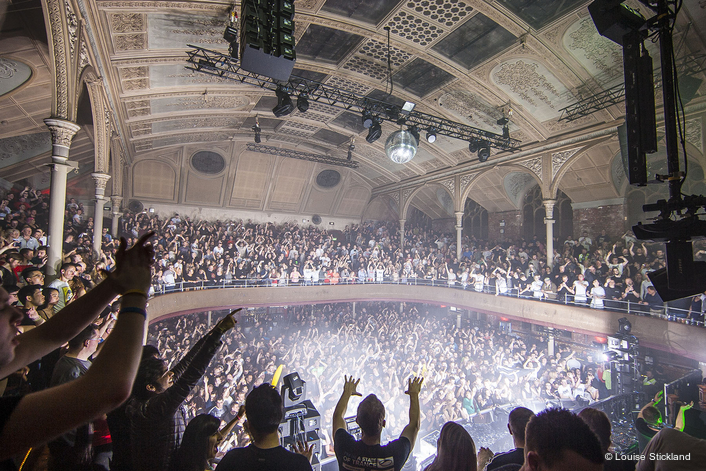 These would help ascertain how viable it would be to convert into a prime live performance space and shortly afterwards, TROF acquired the building and activated their ambitious plan.
“It was hugely exciting to be involved in something like this from the ground up,” comments Melvyn, who embraced the same labour of love ethos that drove all at TROF during the restoration. This extraordinary teamwork and spirit propelled the idea and concept of opening the Albert Hall in a new context which can be shared and enjoyed by all. 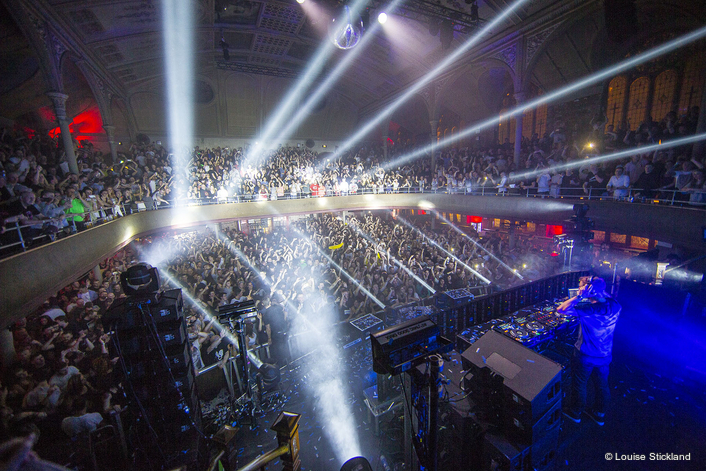 The first shows were during Manchester International Music Festival in 2013 and the Albert Hall then opened as a fully featured live music venue at the end of that year.
The big challenge for Melvyn and the tube team was the multi-purpose nature of the entertainment programme – from banging club nights and Bongo’s Bingo raves to a fine-tuned line up of multi-genre bands to comedy and cabarets. It’s also available for private functions, parties, presentations and conferences … so ‘covering all bases’ was the vibe with the standard system. 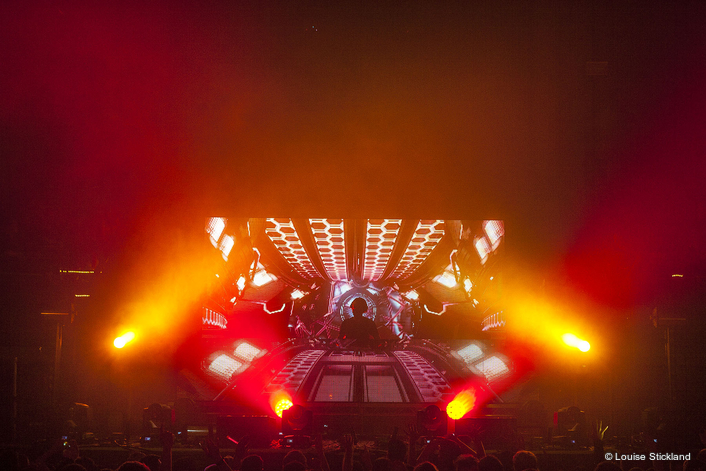 Melvyn chose 10 d&b V8s which are ground stacked left and right of the stage, rigged on 4 x V-SUBs and 4 x B2 Subs.
The balcony circles the venue 270 degrees, meeting up with the stage at one end, so there are two further hangs, each comprising four d&b Y8s and one Y-SUB, all flown, together with four Q7s serving as nearfield outfill for the wrap around area.
Downstairs on the ‘ground’ floor of the venue, are four E8 delays hung under the balcony ceiling. The brief also included kitting out the dressing rooms and the VIP bar area, which are served by E8s – compact and excellent quality.

d&b was chosen by Melvyn for its robustness, overall sonic qualities, compact dimensions and aesthetics. “I needed a system offering full dynamics from the super-high SPLs of dance music down to the finesse and detail the spoken word,” he explained.
It also had to be a lightweight solution.
A series of new points were installed during the renovations, but these are only rated at 300 Kgs, so with rigging infrastructure of around 110kgs already used, the Y8s at 20Kgs each and the subs at 52Kgs made it realistic.

“There are not many other systems that could do the business in terms of weight to power ratio,” confirms Melvyn.
All the d&b elements are powered by 17 x D12 amplifiers routed via a Yamaha DME 24 matrix controller.
A Yamaha CL5 was selected for both FOH and monitor consoles, picked as a “fantastic mid-level choice covering a multitude of requirements” says Melvyn. More specific requests are dealt with as needed, and performers also have the option to bring in their own consoles - a facility made super-easy with the Yamaha DME 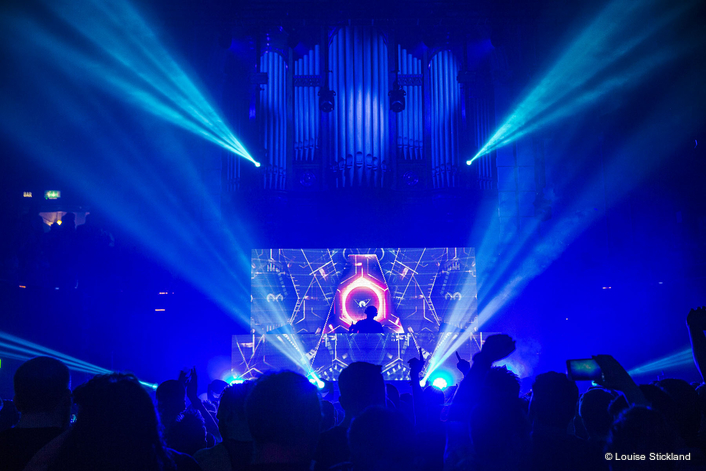 So the idea was that the venue has a basic rock-solid system in place with extras and specials available on request – it’s all about client choice!
The room itself was designed as an acoustic venue which is great for spoken word events, presentations and conferences … but not always an advantage for amplified music and performance.

Another challenge is that the stage is an integrated part of the room – there’s no pros arch or other separation, so it means that the volumes onstage in particular really have to be tightly controlled! “Solid punchy and in-the-face … but negotiating that fine line between 10 and 11,” quips Melvyn with one of his trademark grins.
Visiting engineers and those working in the space for the first time have to take into account the idiosyncrasies and disparities between it being empty and full as it makes a huge difference.

The owners are enormously proud of the Albert Hall’s success and what it brings to the city. The hard work and belief that went into re-incarnating the space and making it something special and different touched every aspect of the project including sound. “It was all about doing it properly” says Melvyn “which is a nice way to work”.