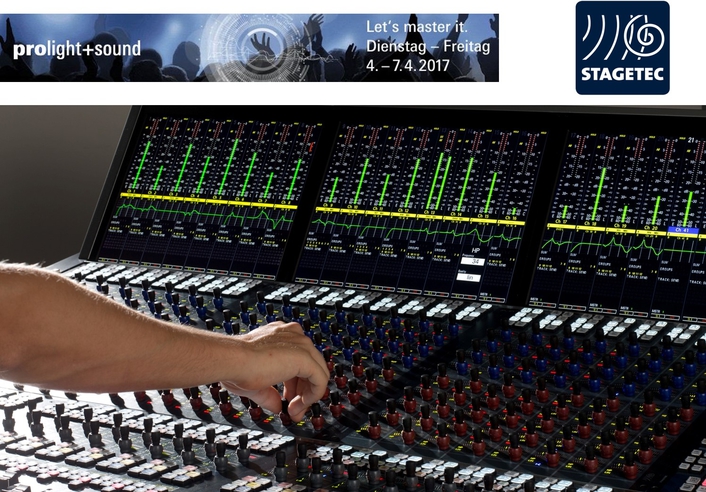 Stage Tec, the Berlin based manufacturer of professional audio equipment based, is presenting several new audio processing functions in AURUS platinum at prolight+sound (stand 3.1/G83). All the new functions will be installed with software release 4.3.

AURUS platinum will provide an auto mixer based on gain sharing. This auto mixer from Stage Tec is fully integrated into the console's design and can be used in every input channel. All processing functions utilised previously will continue to be available in full. For better overview and more flexibility, the Stage Tec auto mixer provides four separate groups.

Stage Tec announced at the Tonmeistertagung that loudness metering in accordance with EBU R128 is provided in the AURUS platinum sums. Now, loudness metering is also available in the group channels. When employing the loudness function, no channel capacity is lost and all modules in the channels remain available – an unrivalled achievement.

An independent company based in Berlin, Germany, Stage Tec Entwicklungsgesellschaft für professionelle Audiotechnik GmbH has specialised in developing and manufacturing digital audio equipment. Its flagship products include the digital routers NEXUS and NEXUS STAR as well as the professional mixing consoles AURUS platinum, CRESCENDO platinum, AURATUS and ON AIR flex.

Assisted by a business partner, Stage Tec was established in 1993 by 13 engineers (nearly all of whom still work there). The company is headed by Dr. Helmut Jahne, who was one of the founding members of the Stage Tec team and who continues to drive the technological supremacy of the product lines.