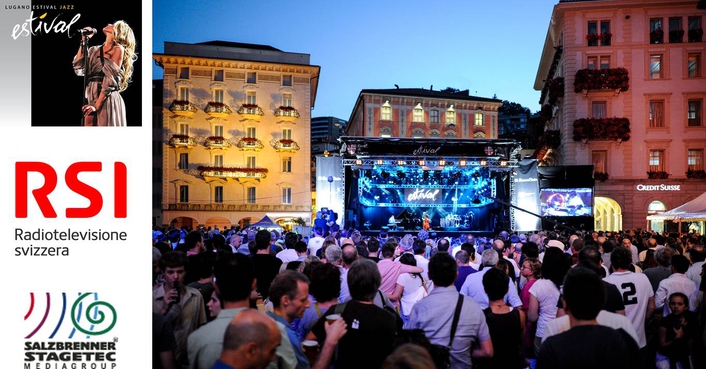 Estival Jazz takes place in the centre of Lugano at the Piazza Riforma
STAGETEC equipment supports TV broadcasts of Estival Jazz, an international jazz festival in Lugano produced by the Swiss broadcaster RSI1 who is responsible for the Italian speaking part of Switzerland.

The special aspects of this production: The outside broadcast vehicle with its integrated AURUS console is directly patched to Studio A of the RSI TV station in Comano, 10 kilometres away, via fibre optic cables. The signals from the musicians are routed to the AURUS sound control room in Studio A via this line, mixed there and routed back to the OB. From there the mix is integrated into the TV programme. 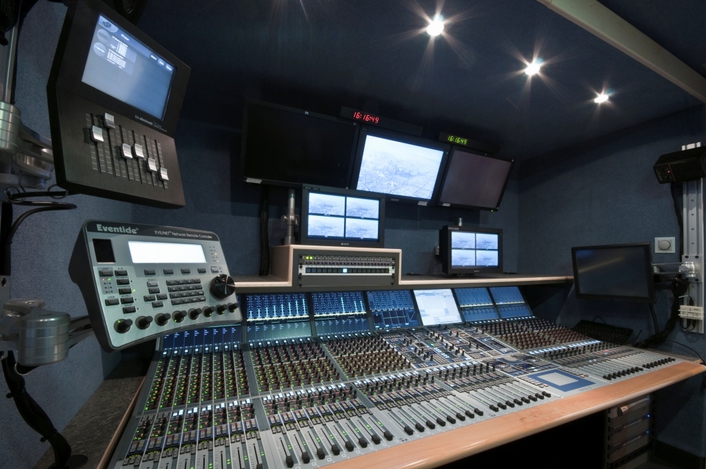 The Big Switch also has a port that is able to connect an OB to the RSI audio network. This is the connection used by the OB at the Piazza Riforma to supply all stage and communication signals to the control room in Studio A during production of the jazz festival.

Estival Jazz takes place in the centre of Lugano at the Piazza Riforma between the 10th and 12th of July 2014.

The Big Switch itself consists of a NEXUS network with 22 Base Devices installed in the TV production studios and sound control rooms. Fibre-optic cables connect them to an optical router that controls the signal routing when switching studios. tpc already implemented the idea of a Big Switch using STAGETEC equipment in Zurich in 2012. By the end of 2014 the Lugano Big Switch is to be extended by another AURUS sound control room and will be patched to an outside broadcast vehicle also equipped with an AURUS console.

One basic requirement for such a complex system is that the various NEXUS networks being switched are completely identical in structure and all the mixing console systems and their configuration must be standardised. The upfront effort put into planning pays off with simple and seamless switching in everyday operations.