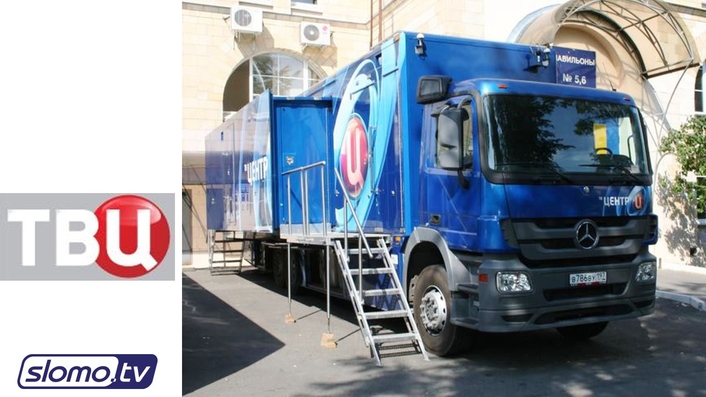 Slomo.tv, a leading international producer of cost-effective, high performance server-based video recording and replay systems, has announced the successful completion of a project that sees the installation of two Dominator AT/3G production servers at the Moscow broadcaster TV Center. The servers have been installed and commissioned in the center’s  main Outside Broadcast (OB) vehicle, where they replace two EVS LSM XT2 servers.

The server installation is a key element of a major upgrade of the OB truck, enabling it to process a diversity of new video and data formats, such as 3G as well as continuing to support legacy formats. The customer, TVC, specified a production workflow that handles DVCPro HD and AVC Intra video files, which are standard functions of Slomo.tv’s Dominator AT/3G server. 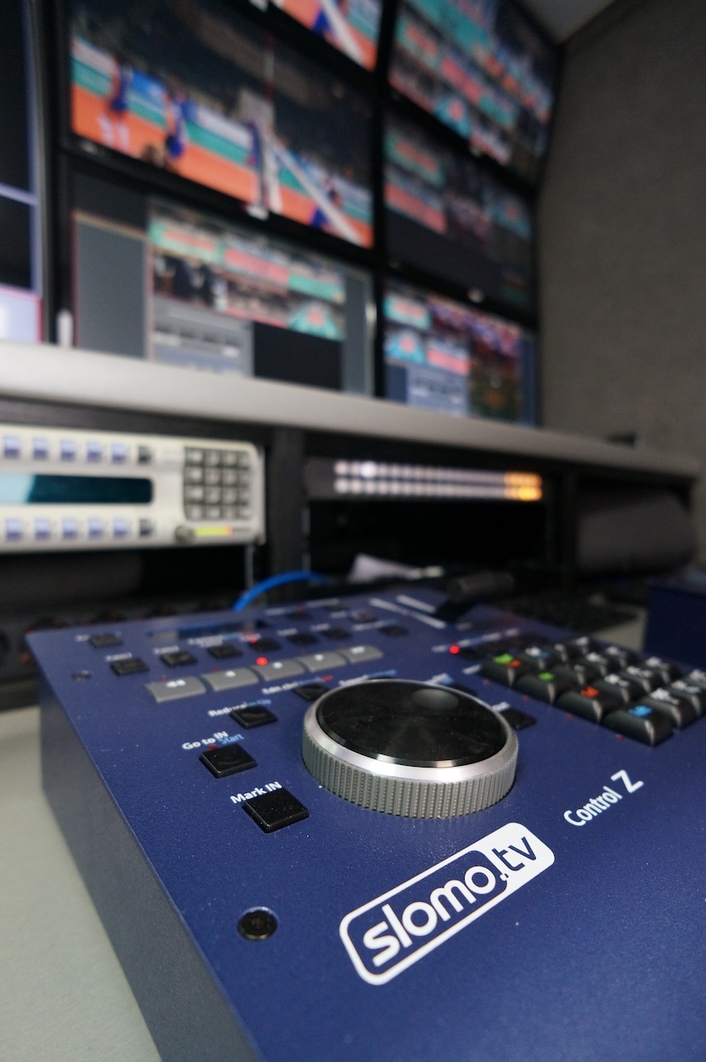 Another key requirement was a super compact footprint.  During comparison tests with five other manufacturers, Dominator AT/3G proved to be superior when measured against many parameters, including cost efficiency. Already installed and commissioned, the two server systems support 32 cameras within the OB truck environment where space saving is a priority. A key feature of the Dominator AT/3G installation which helps save rack space is the unit’s internal multi-viewers.

After the upgrade, the TV Center’s OB truck can record up to 24 channels of HD video using ProRes 422 / DVCPro HD codec or 16 channels with XAVC 100Mbit codec. In replay mode, the two servers can support four operator workplaces with six individual cameras at each workplace. The servers are connected by a 10Gb network to facilitate clip and Playlist exchange. Thanks to their built-in 8 DMR™ tool-less/tray-less racks for standard 3.5" SATA spin discs, Dominator AT/3G records incoming video in native formats on discs, which can be physically extracted and transported to NLE systems. Moreover, the 10GbE interface allows recording to an external NAS archive, which provides additional redundancy to the system.

The upgraded OB truck is already in use, helping to cover the most important Moscow city events. “We are extremely happy with our choice of Dominator AT/3G replay servers, moreover we are also very happy with the overall Slomo.tv service and support,” commented Mr. Alexei Brusnitsky, CTO at the Moscow Broadcast Center. “They conducted excellent training for all our operators, so switching to the new systems was completely painless.” 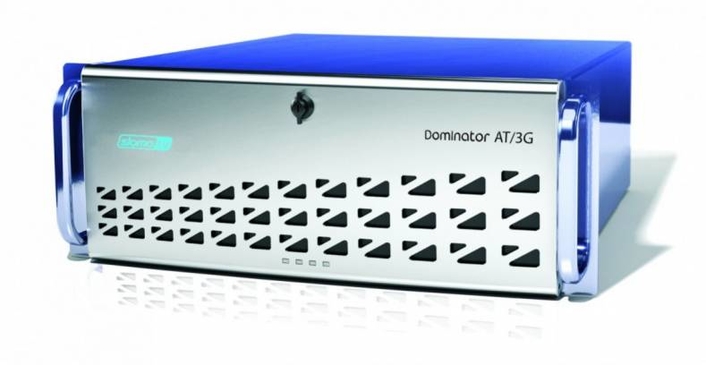 Dominator AT/3G
Representing the next generation of Slomo.tv’s multichannel 3G/HD/SD video recording systems, Dominator AT/3G was introduced at NAB 2017. The compact server enables advanced slow motion and instant replay capabilities as well as direct recording ‘on site’ for editing. With new software Dominator AT/3G supports in replay mode up to 12 3G/HD/SD channels, four playback channels and powerful search on up to all 12 recorded channels simultaneously without disrupting the core recording and playback functions. In recording for editing mode this server can record up to 16 channels of SDI video.

Building on the success of previous models, the new AT/3G line offers enhanced replay capabilities and two operators can simultaneously work on the same unit. Since the system has four independent graphic outputs each operator can work with the main GUI and a separate multi-viewer monitors at the same time. The separate multi-viewer has 5 different modes and allows the operator to observe  different combinations of recording, playback and search channels  without video window quantity   limitation.

TV Center is one of the leading Russian TV companies established in 1997 by Moscow City Government. TV Center broadcasting countrywide to an audience of 103,7 million people. Its international channel, distributed by Satellite and Cable, adds another 32 million viewers in Eastern and Western Europe, USA, Canada, Middle East and Northern Africa.

About Slomo.tv
Established in 2007, the company has successfully introduced complete lines of high quality multi-channel professional recording and instant replay products. Slomo.tv has brought to market a number of effective solutions for tapeless video production technology. Slomo.tv systems, such as Dominator and Simple R, are widely used at major TV channels, and the company’s video judging system for sports, videoReferee®, has become an integral part of many sport arenas worldwide.