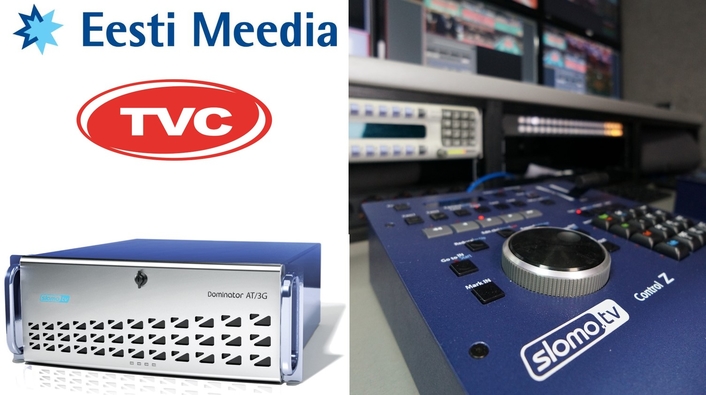 Presented at NAB2017 Dominator AT/3G server with the best price-performance ratio in the industry, was selected for its ability to work with growing XDCAM files recording to 3 different places – built-in SSD storage array; 8 standard SATA HDDs used as archive media; and NAS used in editing.

This recording mode, unlike other systems, is provided without the use of additional equipment and software.  Another important feature of the server is the possibility to support 2 replay operators each handling 6 channels of 3G/HD signals.  Each operator has two monitors – main interface and multiviewer. In addition, each operator simultaneously with recording of 6 channels can replay independently 2 video channels and, at the same time, can search and mark on all 6 recorded channels.

In standard industry terminology the Dominator AT/3G has 28 3G/HD channels and 16 bi-directional video ports. The server will be used for fast editing while recording application, for highlights, best moments, reviews and so on.

"We have opted slomo.tv server for a number of reasons – reasonable price and high-quality picture together with robust performance combined with user-friendly interface, which helped to put in operation the machine in the very short time” says Aimar Prous, CTO at Eesti Media.

The installation of the equipment was carried out by TVC company - the slomo.tv dealer in Baltic Area.

TVC and Croatel to 4K
TVC: Tailor-Made Solutions
Fair play for everyone with slomo.tv videoReferee® system!