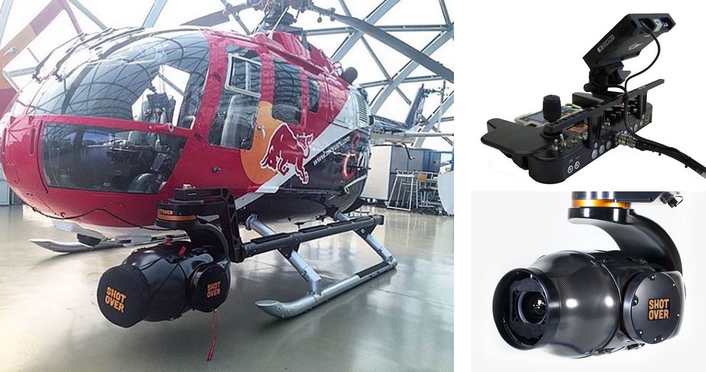 SHOTOVER, the maker of high performance stabilization platforms for the motion picture and broadcast industries, announced today the sale of three SHOTOVER F1 camera systems to global media company Red Bull Media House.  Known for its shoots of the world’s top athletes and adventurers, Red Bull Media House will utilize the SHOTOVER F1 for all of its stabilized shooting needs, including aerial, vehicle and crane mounted footage.

SHOTOVER continues to gain rapid adoption across the broadcast and filmmaking community.  Recent assignments include shooting the 2015 French Open as well as the 2015 Formula 1 Chinese Grand Prix in Shanghai; the SHOTOVER F1 has also been adopted by broadcasters KCBS in Los Angeles and Fuji TV in Japan, amongst others.  Upcoming motion picture credits include Hollywood blockbusters Tarzan, The Great Wall, Monster Trucks and Spectre, the newest James Bond movie.  The SHOTOVER F1 has also been tapped by the BBC for filming telephoto 4K footage of wolves, bears and caribou in Canada’s remote Northwest Territories for a  six-part wildlife documentary series scheduled to air in 2016.  Other SHOTOVER credits include Jurassic World, Transformers 4,  RoboCop and Furious 7. 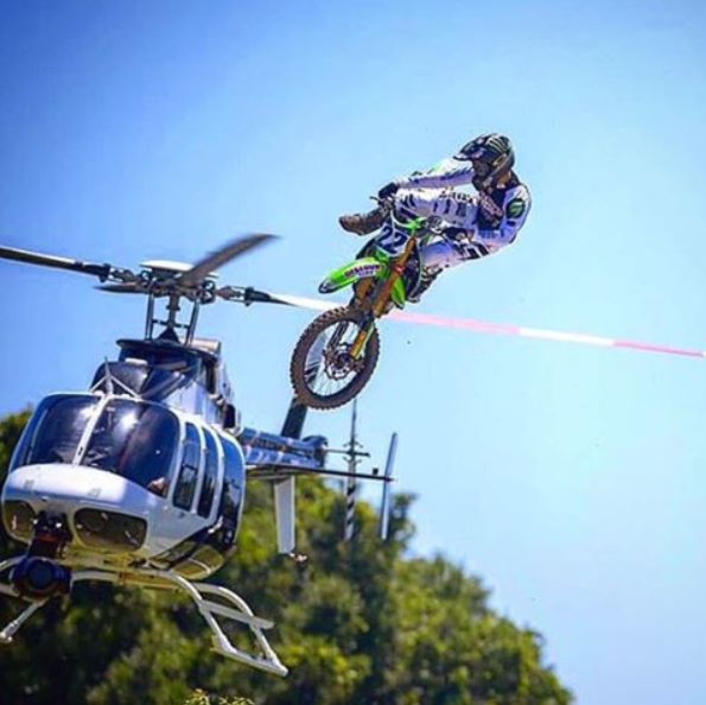 "SHOTOVER showed us the F1 has what it takes to keep up with our style of filmmaking. The F1 is a perfect match for the vast span of different missions around the world, and it will enable us to give wings to many future productions”, said Andreas Gall, chief technology officer of Red Bull Media House.  “We are confident that SHOTOVER has developed a strong and future proof platform for our film needs.”

SHOTOVER’s 6-axis gyro stabilization and modular design provides unparalleled versatility, accommodating cameras such as the Red Weapon and Dragon, Arri Alexa (all models including the Alexa Mini), Phantom Flex4K, Canon C500, Sony F55 and F65 along with a broad range of lenses. In addition to the SHOTOVER F1, the company offers the flagship K1, which offers enhanced functionality, including 3D shooting and the ability to utilize additional lens and camera configurations.  All SHOTOVER systems are designed to be able to accommodate new cameras and lenses as they come to market.

"Red Bull Media House is one of the world’s premier sports, culture and lifestyle production companies and we are pleased to have been selected as the stabilization platform for their high energy productions,” said SHOTOVER president Alex Giuffrida.  “We are excited to support them as they continue to set the bar for action and adventure sports productions across the globe.”

About SHOTOVER
SHOTOVER is a developer of high performance aerial camera systems for the motion picture and broadcast industries.  The company’s line of gyro-stabilized camera platforms offer aerial cinematographers an unprecedented level of stability, control and versatility in a compact package easily configured for 2D, 3D and Ultra HD shooting with the world’s most advanced cameras and lenses.  Developed in partnership with the motion picture industry’s top aerial cinematographers, SHOTOVER systems are fully user upgradeable, allowing operators to utilize new professional cameras, lenses and accessories as they come to market.