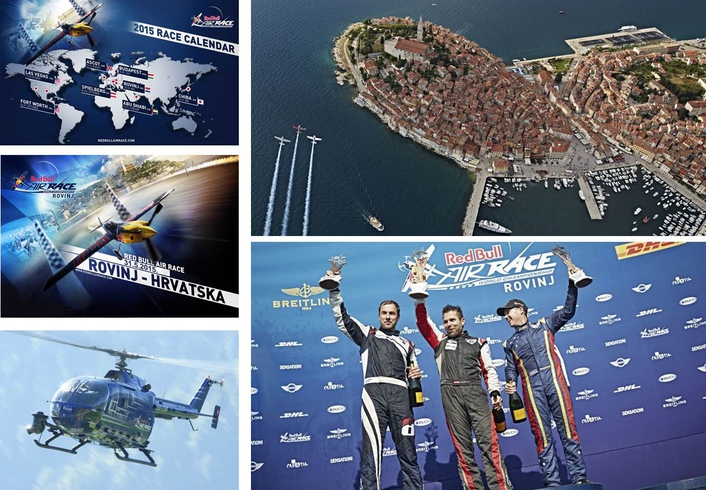 .
Austria’s Hannes Arch won the Red Bull Air Race in Rovinj for the second year in a row in the most competitive race in the history of the high-speed, low-altitude sport. The Austrian bounced back in style after struggling in training this week and Qualifying on Saturday to win the third race of the 2015 season and turn the eight-race world championship battle into a tight-three way fight at the top.

Arch prevailed in an intense battle on Sunday against the world’s best pilots and changing winds off the Adriatic Sea to claim the victory in the Red Bull Air Race in Rovinj, Croatia. Martin Sonka of the Czech Republic got a career-best second place in the race, where pilots hit speeds of 370 km/h, while Matt Hall of Australia got his third straight podium with third place on the difficult, windswept racecourse set up just off the shorelines of Rovinj. 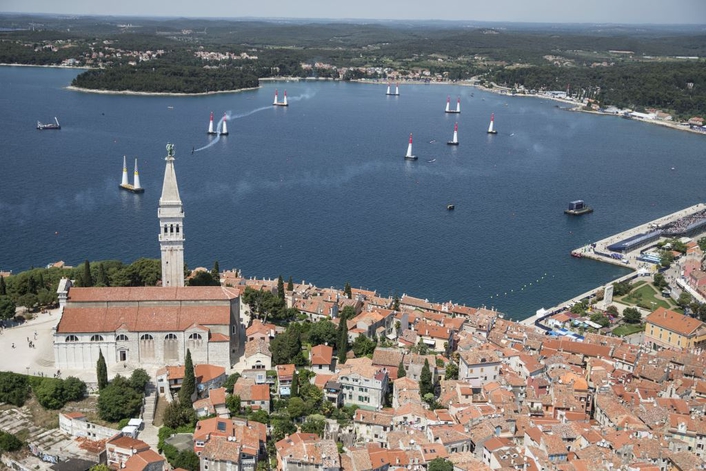 “It’s special,” said Arch, clearly moved by the support from the Austrian supporters and his family as well as his recovery from a dismal 11th place two weeks ago in Chiba, Japan. “We started slowly here this week in training but I realized my lines were good and I tried to focus on my game and not anyone else. I’m really happy to win in Croatia in front of so many fans.

Britain’s Paul Bonhomme, who won Qualifying but finished in eighth and Australia’s Matt Hall, who was third in Rovinj, are on top of the championship with 25 points each while Arch jumped from seventh place overall to third on 17 points after getting 12 for the win in Croatia. Arch also sent a large contingent of Austrian fans who traveled to Rovinj into a frenzy with his 10th career victory in the world’s fastest motorsport series.

It was also a special race for Sonka, who also had a lot of supporters from nearby Czech Republic. Defending champion Nigel Lamb (GBR) finished a disappointed fifth. 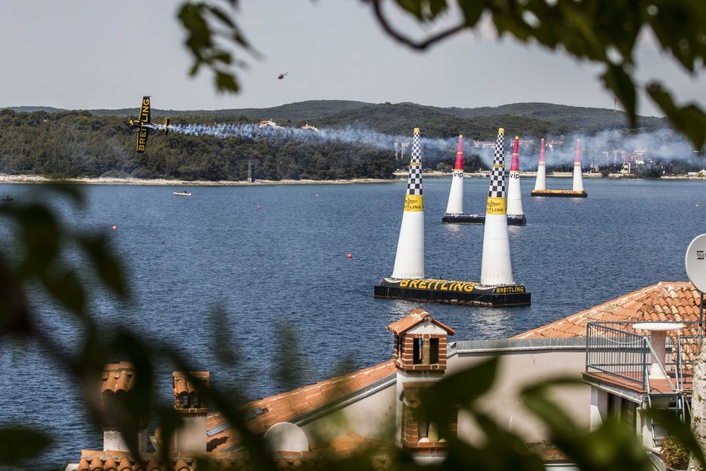 Taking in all the racing action was Felix Baumgartner, who captured the world's attention in 2012 when he became the first person to accelerate through the sound barrier in freefall, reaching a top speed of 1,357.6 km/h (Mach 1.25) after jumping from a balloon 38.9 kilometers above the earth. The Austrian, who has known pilots Arch and Hungary’s Peter Besenyei for years, got a bird's-eye view of the racing while piloting a helicopter for photographers.

In an indication of the increasing competitiveness, the top five pilots had posted times in Qualifying on Saturday within a quarter of a second of each other and in the race on Sunday there were a number of head-to-head battles decided by tiny fractions of a second.

Earlier on Sunday, Daniel Ryfa of Sweden won the season's third race in the Challenger Cup series, which is designed to give the next generation of pilots the chance to develop their low-altitude flying skills under racing conditions. Mikael Brageot of France took second and Cristian Bolton of Chile was third. 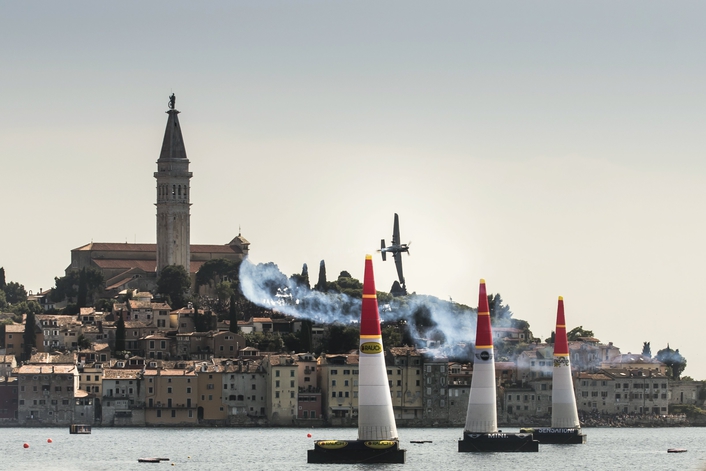