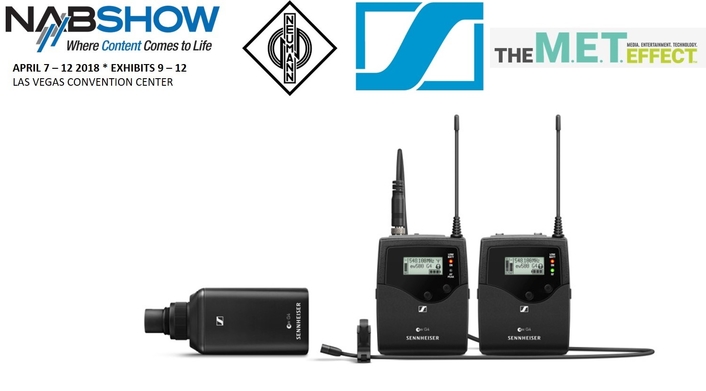 Sennheiser and Neumann will bring their full portfolio of audio production tools to NAB, including new microphone and headset solutions. The companies’ stand (C1307) will show tailor-made audio solutions for mobile journalism, newsgathering, film productions, studio work and monitoring, in addition to presenting the AMBEO range of products for VR and AR productions.

Sennheiser will be launching a new headset series at NAB – the 300 PRO line. Available this summer, the new series consists of two monitoring headphones and three headset/microphone combinations for camera work and backstage communications.  For wireless bodypacks, Sennheiser will be showing brand-new headset and lavalier microphones. Also available by summer 2018, these have been designed and fine-tuned to be great sounding, reliable workhorses for medium-sized broadcasters, theatres and houses of worship. Additionally, Sennheiser will preview an exciting new wireless solution for recording high-quality audio on mobile devices.

Sennheiser’s range of camera microphone systems has been further expanded with the introduction of the new evolution wireless G4 series, with the new generation now offering two sub-lines, complementing the acclaimed 100-p series with the new 500-p series. The other wireless systems on show are the flagship Digital 9000 and Digital 6000 series, including the digital/analog EK 6042 camera receiver, as well as AVX, which works in the license-free 1.9 GHz band. On-camera microphones include the MKE 400, the MKE 600 and the stereo MKE 440. Also on show are the MKH 416 and MKH 8060 professional shotgun models, the long gun MKH 8070, plus the MD 46 and MD 42 reporter microphones.

Studio specialist Neumann will present the re-issue of its famous U 67 tube microphone, alongside the U 87 Ai, TLM 102, TLM 103 and the BCM 104 – a classic for radio stations. All microphones can be tested at the booth. Also available for hands-on testing is Neumann’s KH 80 and KH 120 monitor loudspeakers and KH 810 studio subwoofer. 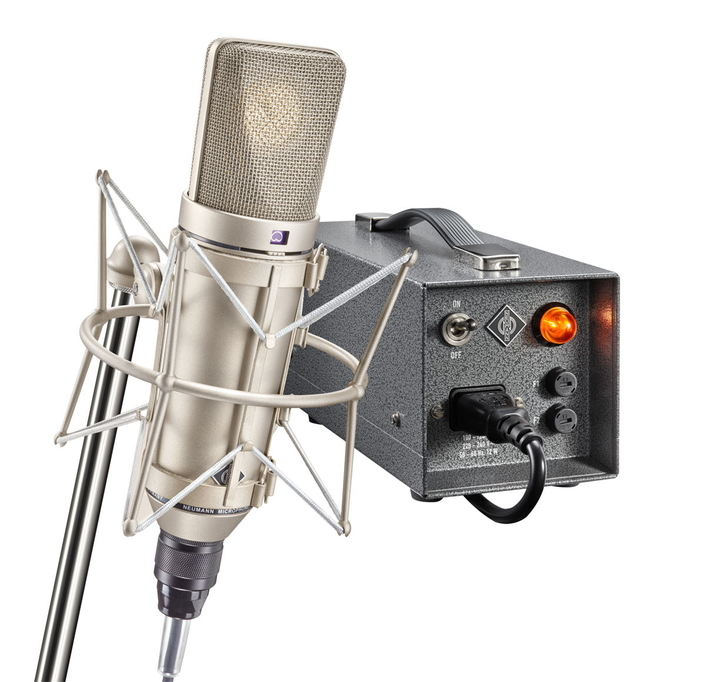 The AMBEO area of the booth will provide a special focus on binaural recordings and productions. Visitors can get hands-on with the AMBEO Smart Headset, AMBEO VR Mic and Neumann KU 100 dummy head and learn more through a range of exciting demo videos. Sennheiser will also be presenting hardware and software from its “AMBEO for VR” partners.

Sennheiser is shaping the future of audio – a vision built on more than 70 years of innovation culture, which is deeply rooted within the family-owned company. Founded in 1945, Sennheiser is one of the world’s leading manufacturers of headphones, microphones and wireless transmission systems. With 20 sales subsidiaries and long-established trading partners, the company is active in more than 50 countries and operates its own production facilities in Germany, Ireland and the USA. Sennheiser has around 2,800 employees throughout the world who share a passion for audio excellence. Since 2013, Sennheiser has been managed by Daniel Sennheiser and Dr. Andreas Sennheiser, the third generation of the family to run the company. As part of the Sennheiser Group, Georg Neumann GmbH, known as “Neumann.Berlin”, is the world’s leading manufacturer of studio microphones. Founded in 1928, the company has been recognised with numerous international awards for its technological innovations. Since 2010, Neumann.Berlin have expanded their expertise in electro-acoustic transducer design to also include the studio monitor market. In 2016, the Sennheiser Group had sales totalling €658.4 million.