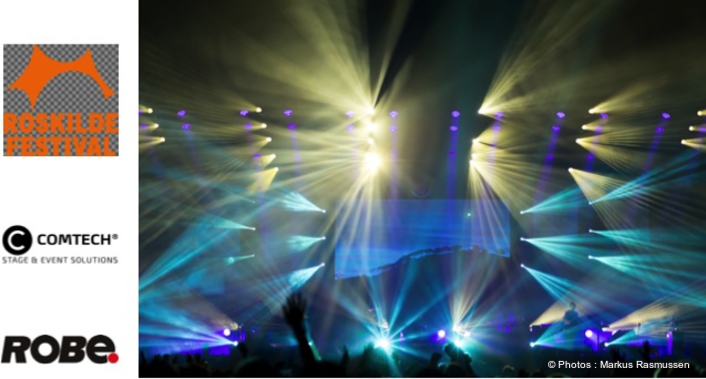 Customer service is a core value for any lighting designer visiting the 17,000 capacity Arena Stage at Roskilde Festival, one of Europe’s leading music events, and this year production lighting designer Sune Verdier used 40 x Robe BMFL Spots at the heart of the rig, which he co-ordinated for the fifth year.

These were supplied - together with other lighting including 24 x Robe Pointes - by leading Danish rental company, Comtech, based in Copenhagen which has invested heavily in Robe over the last year.

The Arena accommodated a wide variety of bands over the four day festival – from breaking talent to established headliners like Slayer, PJ Harvey, New Order and James Blake, with a total of 21 acts, many bringing their own floor packages. 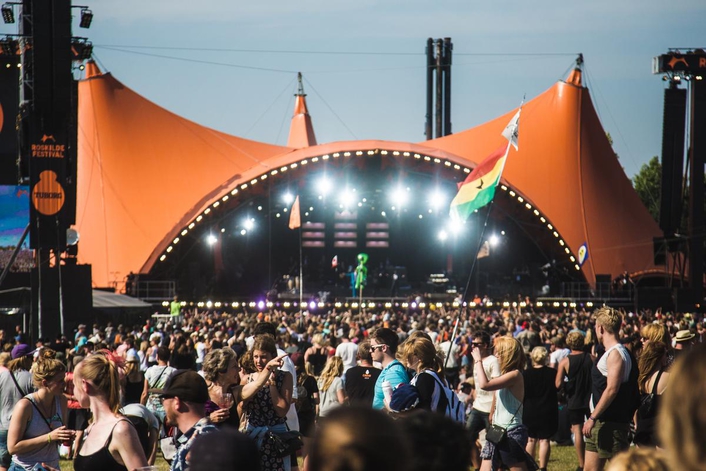 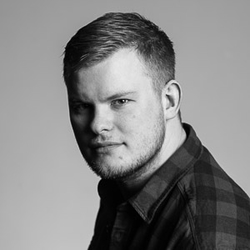 Sune and his team have put a serious effort into refining the rig and the options over the last 4 years, each year asking guest LDs what they can do to improve for the next one, and taking this feedback on-board.

The main rig is designed to be generic and offer all performers the best options. This year it was based on 10 individual trusses, all on an automation system which could move them into different positions, so visiting LDs were offered – in advance - the choice of 8 different trussing configurations to be the backbone of their rigs. 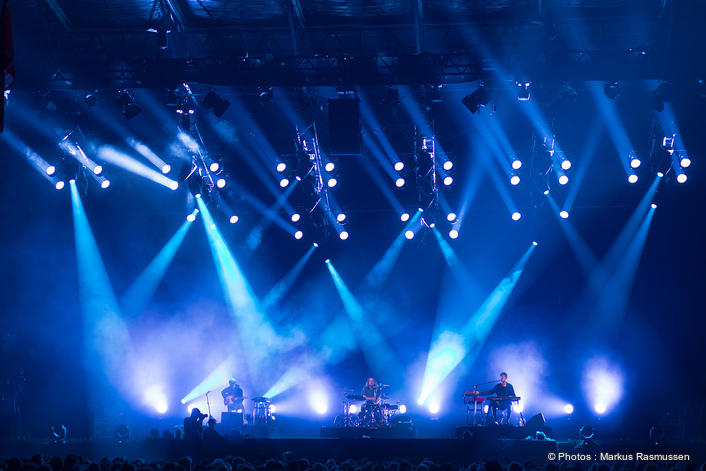 Sune decided to use BMFLs this year because he really needed a high output fixture, especially with the large amount of LED screen at the back. He knew Comtech had them in stock and he’d also heard lots of positive reports. “Last years’ post-event LD evaluation suggested that people would prefer less profile lightsources, but ones that were more powerful and flexible,” he explained.

The Arena stage operates in daylight as well as darkness so the extra fixture power was also useful there, and there are also lots of dust issues generally across the site, so he needed units that were tough and robust. 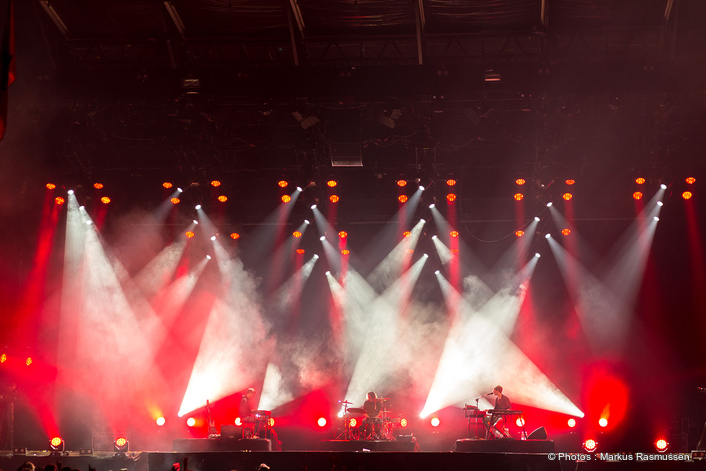 Sune and his operating team of Christian Olsson, Morten Elkjær and Frederik Heitmann were the perfect FOH hosts and ensured that all the LDs and operators had everything they needed, including a calm and relaxed atmosphere in which to get their shows set-up and prepped  - either accommodating their own consoles or using the house control desks.

Anders Svendsen assisted with all the advancing, and during the festival headed the lighting team onstage making sure that everything that end worked as smoothly and efficiently as it did at FOH. 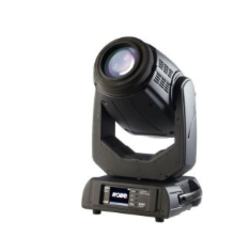 Using the BMFLs was a great move. “We had a fantastic festival with lots of positive comments. LDs loved our rig and it worked really well in terms of flexibility and dynamics,” he reports.

Of the 21 bands in 2016, 17 brought their own LDs and lighting directors / operators, so the other four were lit by Sune and the team. “Lighting a band you don’t know so well is a great way to learn about your rig” says Sune with a smile, “and the process means I am constantly finding things that can be further tweaked”.

“I really appreciated the enormous output of the BMFL Spot,” he stated. “It was ideal as the main work-horse of the rig”, adding that, as expected, the heat, dust and gruelling operating conditions challenged the fixtures but they held up extremely well.

He likes the fact that the BMFL Spots on the floor could be run as FX only units, which due to the output and optical system meant they could get some amazing looks out of an expedient amount of lights! He was also impressed with the brightness, richness and depth of the output when using colours.

Furthermore, that BMFL is a firm favourite amongst many of the LDs they spoke to. 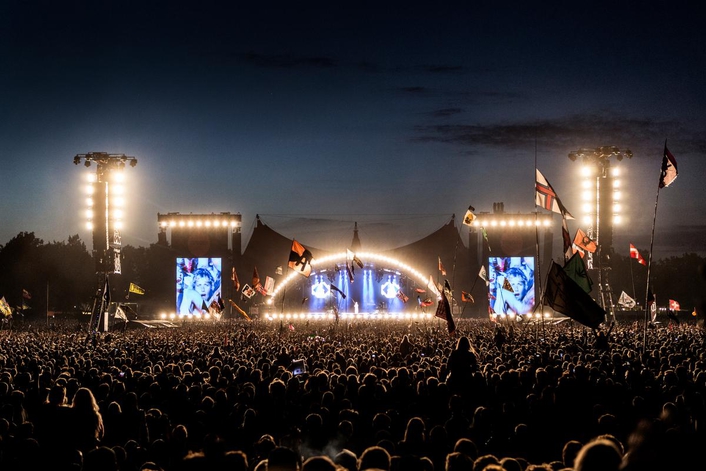 “I won’t hesitate to spec the BMFL again when possible and I intend for them to be back in the Arena at Roskilde again in 2017”.