The final leg of German superstar Herbert Grönemeyer’s maverick Dauernd Jetzt tour encompassed 12 shows in Germany, Austria and Switzerland with a variation of the acclaimed visual production design created by leading German LD Gunther Hecker at the start of the tour in 2015 featuring 96 x Robe Pointes.

This time – with a re-working of the original rig design to make it practical for the venues and the touring schedule –there were 20 x Pointes …. and 47 x BMFLs Spots, all supplied by lighting contractors, Satis & Fy. 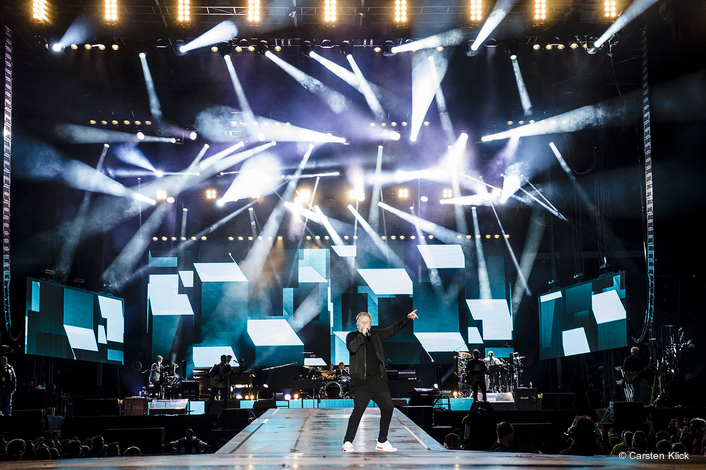 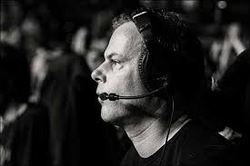 Once again Gunther worked closely with Marc Lorenz as his lighting director and technology integration specialist, and together they brought innovation and imagination to the stage for one of Germany’s most interesting and successful recording artists.

On the original tour design, the 96 x Pointes had bordered six moving LED video screens which were the centerpiece of the show.

To take into account the venues, the back-to-back schedule and the practicalities of getting the system rigged-and-ready each day, the design was modified and the pods were replaced with a large upstage LED screen. 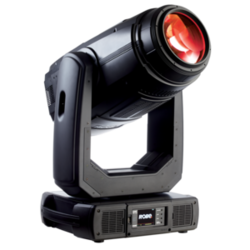 There were three over-stage trusses and two in the wings above the side IMAG screens, with 12 BMFL Spots on the back and mid trusses, 7 on the front truss and 2 per side on the wing trusses, with the rest upstage on the floor behind the band.

Gunther and Marc have used BMFLs before on several projects and once again spec’d them for their “brightness, fine colour mixing and excellent zoom range”.

The Pointes were placed on an extra truss between the back and the mid-truss. Creating various beam-looks in combination with the BMFLs and also used in spot-mode to light the positions of the more static musicians, they were chosen for their brightness, small size and multi-functional abilities.

All the Robes were central to lighting the show, especially the BMFLs which effectively had to replace the video pods creating impact and wow factors. 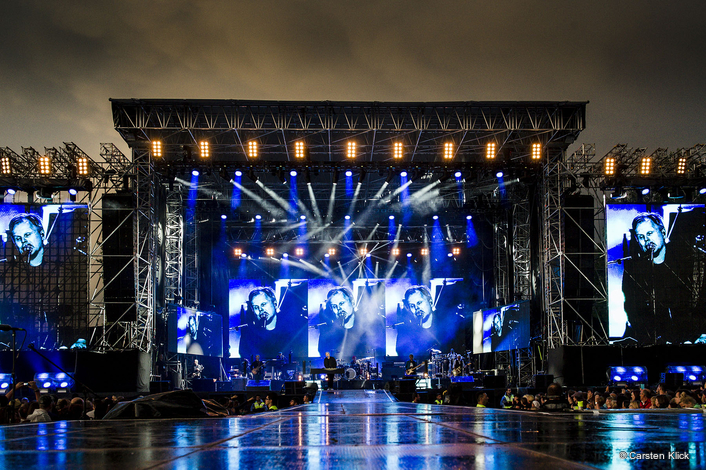 The tour had to be put together at short notice, and although they had the basic building blocks of the show from previous legs – and variations – of the rig, they worked hard on this one to bring a continuity, even without the video pods which entailed some cues and sequence modification to accommodate the remodeled show.

Gunther and Marc enjoy a great creative chemistry and their approach is intelligent and often a little subversive from the norm!

IMAG video was directed by Simon Cimander and the playback video content created by Julian Regal and Haegar.

They utilized the 3PG 19 inch touring rack housings from http://3pg-hardware.com/ for their Mac Pro servers. 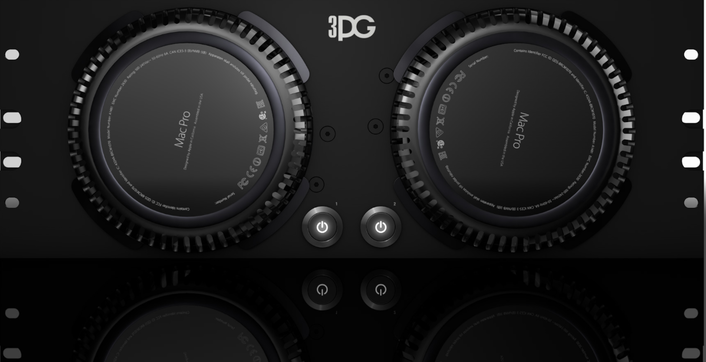 The shows were all outdoors and straddled the hours of daylight-dusk-night, which is always a challenge for lighting and visuals, so the key was to ensure the transition was seamless and the brightness of the lighting rig was maintained against the LED screens.

“The BMFLs really helped enormously in these situations, we could use colours on the stage right from the start of the show and the BMFLs held their own against the high output of the LED screen,” confirmed Marc. 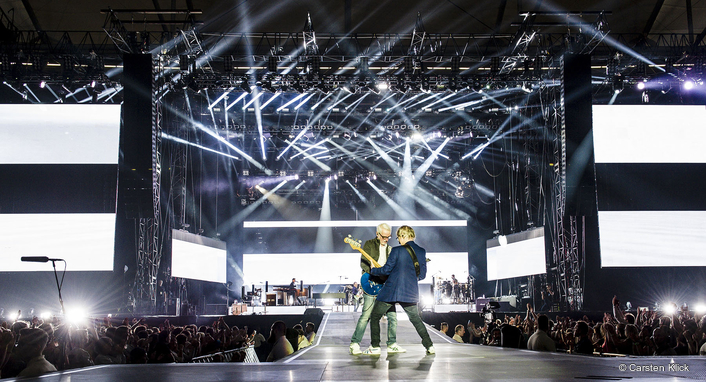 Even having large LED screen, the overriding visual aesthetic was to use it in a different and off-beat manner rather than as a standard IMAG TV, so a lot of the time it was used as a lightsource and blended and matched with the output and effects of the actual lighting fixtures.

Simultaneously, it was also to ensure that as an enigmatic performer, Grönemeyer could be clearly seen, so the design, lighting and video is all about supporting his performance and helping share his energy with the fans. 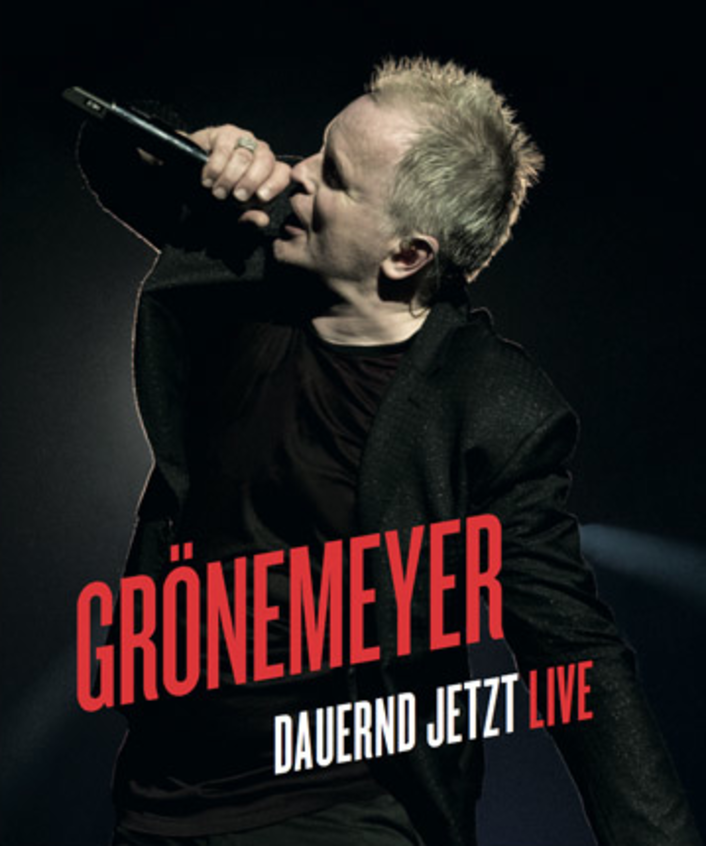 Robe Gets the Viborg Vibes!
Robe for SAMAS 2016