Robe lighting was delighted to be a technical partner in the 2016 MIRA digital arts festival, staged for the first time in Berlin. The event focuses on the intersection between electronic music and live visuals and presents a selection of invigorating collaborations, special projects and the opportunity for artists working in all areas of music and visual arts to imaginer works that can be enjoyed and appreciated by all.

Lighting designers Alexandr Letcius and Alexandr Sinitsa from the Russian based Tundra Collective utilised 34 x Pointes and 10 x Robe Strobes for their large scale sound and lighting sculpture, “Hyperjump” presented in Recording Hall 2 of the Kultursaal Funkhaus which hosted the 2016 MIRA event.

The Funkhaus is a massive former factory building on the banks of the River Spree in downtown Berlin which served as the active HQ of the former GDR national radio broadcaster between 1950 and 1990 when Germany was re-unified.

Hyperjump was originally created by Tundra as a site specific installation in one of the halls of the former First Cadets Corps in St. Petersburg … since when it’s been toured to several other venues.

The fixtures were rigged ‘randomly’ on trusses around the space according to a lighting plot and used to generate off-beat placement effects from any position in the installation space … similar to those created by trees in a forest.

This assists the Hyperjump concept of viewers exploring the space immediately around them. 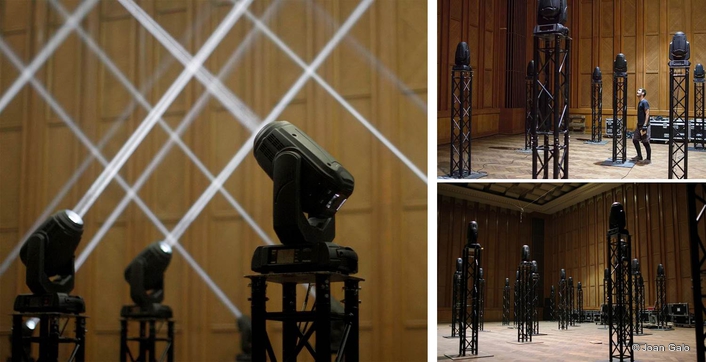 They stand within the installation complete with a powerful sound system, and initially everything is fixed. Then, using randomly generated algorithms, the lights start to move and sounds are generated, all of which shifts notions about proximity of space and time and ideas about where you think you are. The lights can then return to a pre-set position to act as a geometric ‘marker’ for participants.

The entire installation is a potent physical and psychological tool for exploring reactions and individual feelings. Every person will have a different reaction, some of it related to their personalities, and the Hyperjump experience can make people feel both comfortable and uneasy in relation to their surroundings. 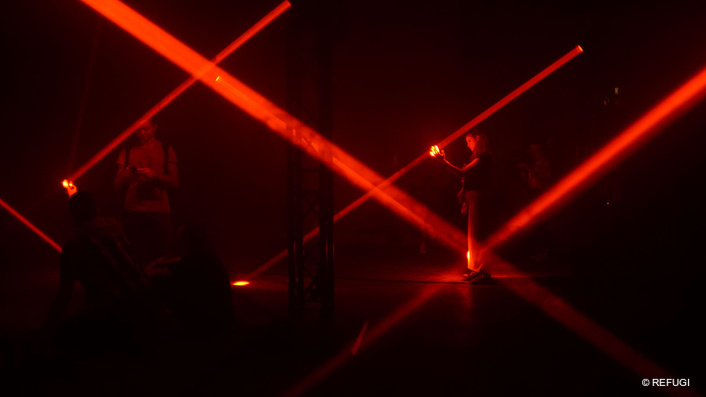 The Alexandr’s chose Pointes for this installation because they really like the iris movement and how natural it is when opened and closed quickly. It’s an effect used extensively in the work accompanied by a special noise effect … bringing life to the lights.

They also like the intuitive and easy to read display on the Pointes, and the speed of the fixture, which is something also relevant to the artwork … they needed something agile and elegant in movement.

The strobes, they comment, are easy to programme and get what’s needed in terms of speed and intensity. 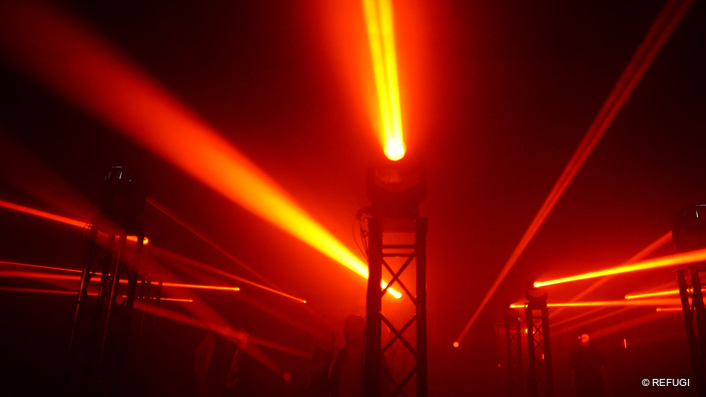 They have both used Robe products in their works before and are looking forward to creating new art pieces utilizing BMFLs and miniPointes.

The biggest challenge of Hyperjump is creating a unique audio-visual experience rather than just a lightshow. “We are constantly trying to programme lighting and sound so it can be perceived as an unfamiliar and extraordinary medium  ... as if you are experiencing some rare lighting phenomenon”.

The control used was visual development platform TouchDesigner and Ableton Live running via DMX over Ethernet. 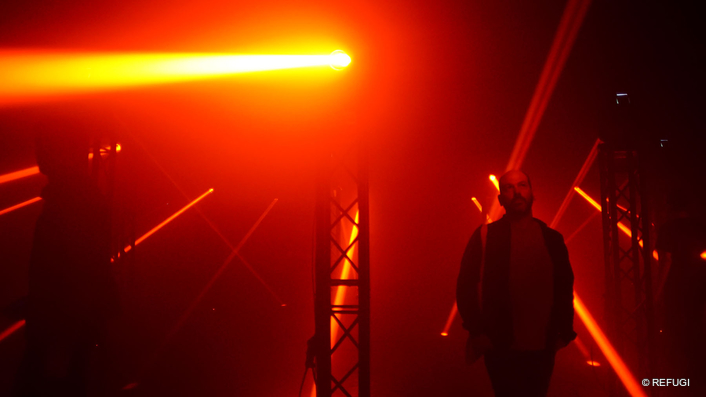 “Hyperjump was our biggest installation this year and we were very pleased to work with Robe … they played a key role in the success of MIRA’s first Berlin edition,” he stated.

The Pointes were supplied via German rental company Satis & Fy and the Strobes came directly from Robe In the Czech Republic.