NBC Sports and the progress of `At-Home´ Production 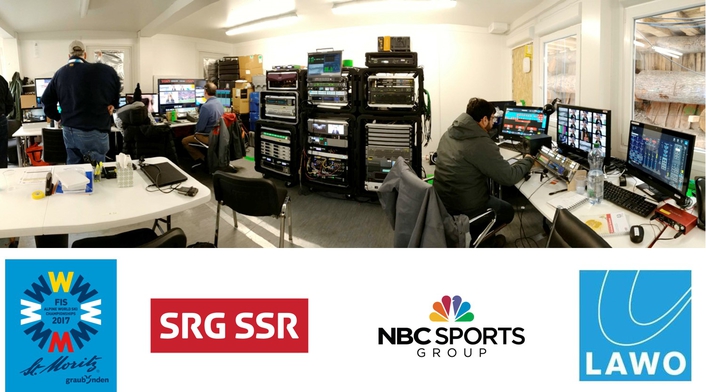 More than 12 Hours of Live Coverage were presented during the World Championships from February 7-19. Of course, NBC could rely on the host broadcaster SRG who covered all 11 medal events with up to 38 cameras including four super-motion cameras, three ultra-motion cameras, a rope camera and a helicopter camera with a team of 150 technical and creative staff. The medal ceremonies in the evening from Kulm Park were produced with additional 6 cameras.

This surrounding infrastructure made it possible for NBC to cover the 11 medal events and the editorial focus on the US stars like Mikaela Shiffrin and Lindsey Vonn with a technical staff of 10 people on site. NEWBERT took in the dirty feed of the course coverage and a couple of feeds from the start cabins and the finish line.

In case of the FIS Alpine World Championships NEWBERT comprised of six flight cases including an Evertz EMR64 router with 64 inputs and outputs, which was connected to the Evertz Magnum switcher in Stamford, CT. Included in the flypack was a Blackmagic ATEM production switcher, which was remotely controlled by the technical director in Stamford. He had a virtual control panel for the Blackmagic where he could preselect any sources in the kit and even do effects through it. This signal was passed into a Sony production switcher as a source. 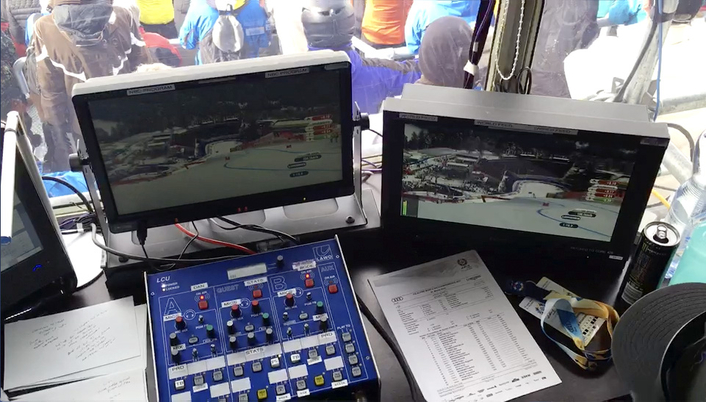 Five JPEG transport streams connected the IBC at St. Moritz to Stamford on two diverse 1-Gbps Ethernet circuits provided by Swisscom through the EBU network. An Evertz IP gateway and a small Cisco router played an important part in making it appear as if the control room was located onsite. Latency was about half a second, but most of that was because the signals needed to be standards-converted twice. Therefore, the talent was mixed locally so they didn’t even know that there was no production truck onsite.

NBC worked extensively with Lawo to build a GPI so that the Calrec Artemis audio console at home could talk to the Lawo DALLIS onsite. Part of the System was also Lawo’s V_Pro8 video processing units to mux the audio signals into the video signals. A third Lawo product in the system was the IP based LCU commentary unit. The seamless integration of Lawo’s audio and video hardware, utilizing IP based audio combined with innovative software control provided NBC with a complete end to end solution.

The size of a show has a big impact on the suitability of a remote production using NEWBERT, which can comfortably handle 15 feeds. It will vary in size and complexity from event to event. At the World Ski Championships, NBC Sports had only one unilateral camera in the mixed zone; at the World Swimming Championships in Budapest, Hungary, it will have two hard cameras shooting unilateral event coverage. When the NEWBERT is used at the World Championships in Athletics in London in August, it will have an expanded EVS presence. 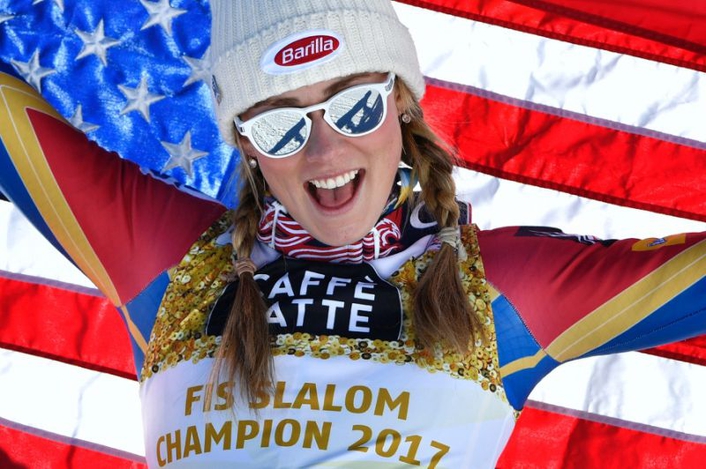 With the trend of at-home production continuing to grow, the commitment to the production model could be expected to grow, with fewer people traveling to the site and a smaller footprint in the TV compound. However, there is an emotional connection between producers, directors, and on-air talent that no one want to completely sever. Because if the journalist and producers and other creative staff are disconnected from the event, from the field of play, from interacting with the athletes, at some point a line is crossed where that will be translated into a poor on-air product.

Final Word from NBC Olympics President Gary Zenkel: “Production is complicated, and it doesn’t get less complicated even though we get better at it and technology gives us more tools and allows us to be more efficient,” he explained. “We add to what we are covering. We add to the complexity. We add to the outlets. We always vow that we are going to make ourselves smaller and use more remote coverage back in the States, and somehow, we don’t get bigger, but we certainly don’t get smaller. We continue to add layers to our coverage.”