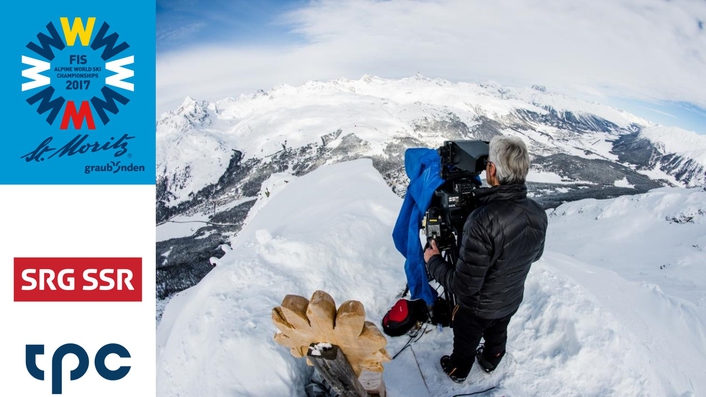 From 6 to 19 February 2017 33 medals will be up for grabs on Corviglia, the local mointain of St. Moritz. The men will face the "Free Fall" the steepest downhill start in the world: a gradient of 45 degrees saw competitors reaching speeds up to 140 km/h within six seconds during the training sessions.

St. Moritz is proud to present on Corviglia one of the most compact racing infrastructures worldwide in alpine ski sport. Therefore the host broadcaster SRG SSR with its production company tpc has decined a 33 camera plan to cover all the various aspects of alpine downhill racing including super and hyper slowmotion cameras, a crane camera, a polecam, a helicam, cablecam and camera on the hill opposite to the Corviglia racing area. 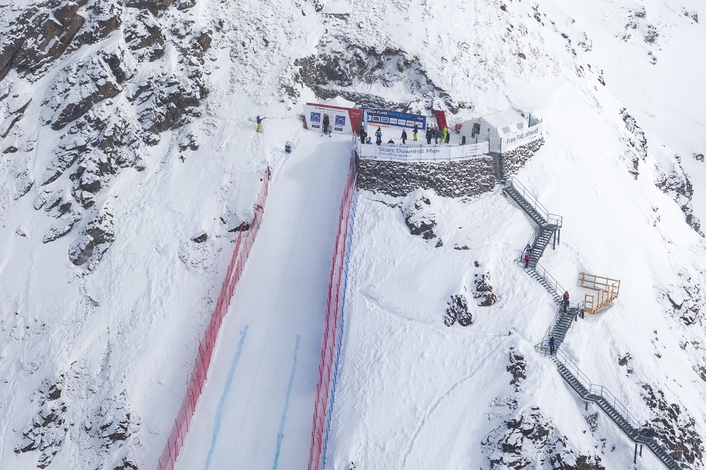 The Free Fall as seen from the opposite hill camera 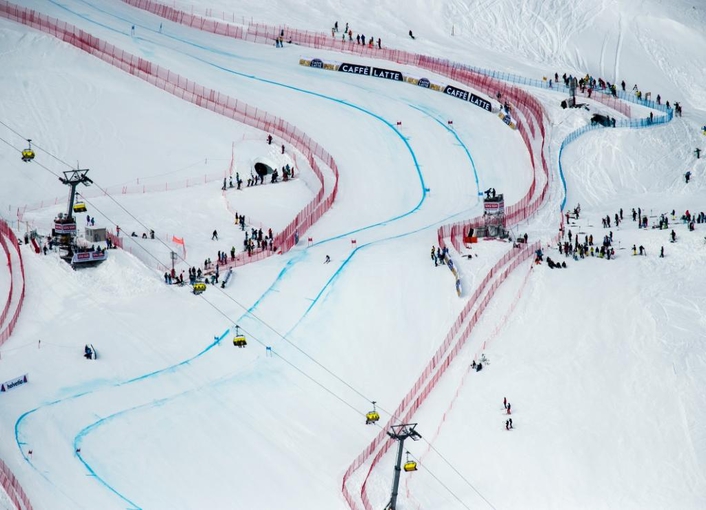 Race tracks at the Corviglia Area 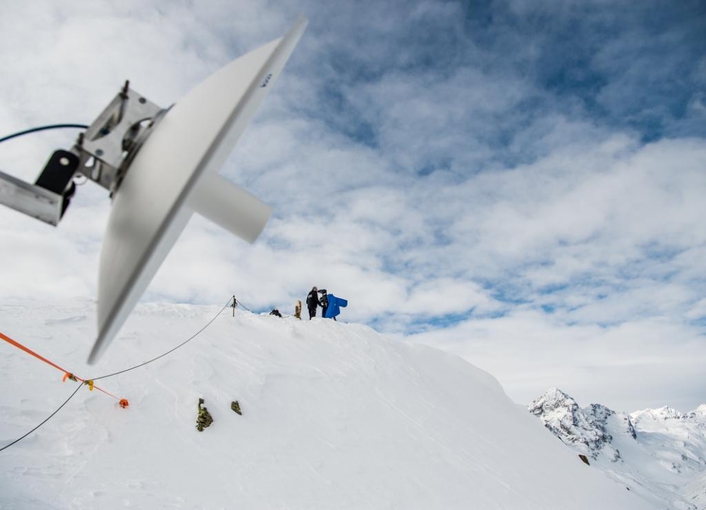 Wireless Transmission of the camera Signal

Every morning a helicopter brings a camera man up to his camera on the opposite mountain. Via a wireless connection the camera man delivers outstanding images of all the world championship races with a Sony camera and a 100x Canon lens as long as there is no fog. 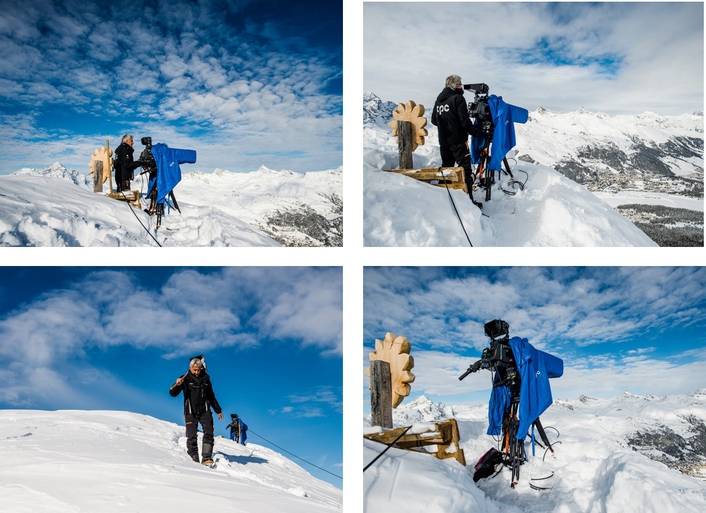 The Camera Man at the Opposite Hill Camera

After the race events the helicopter is coming back to pick-up the camera man. If weather conditions make a pick-up impossible, the camera man has to stay on the hill. Therefore a container was set up with a bed and a small kitchen. The infrastructure on the hill also includes a mobile power generator and a toilet. 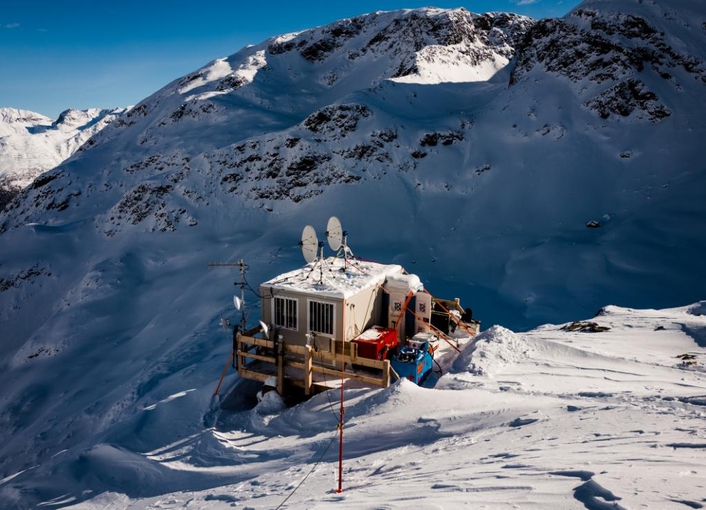 The Infrastructure for the support of the Opposite Hill Camera 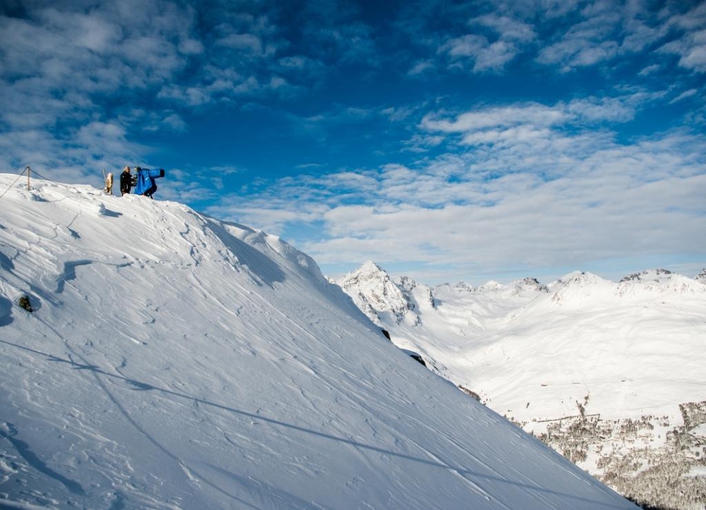