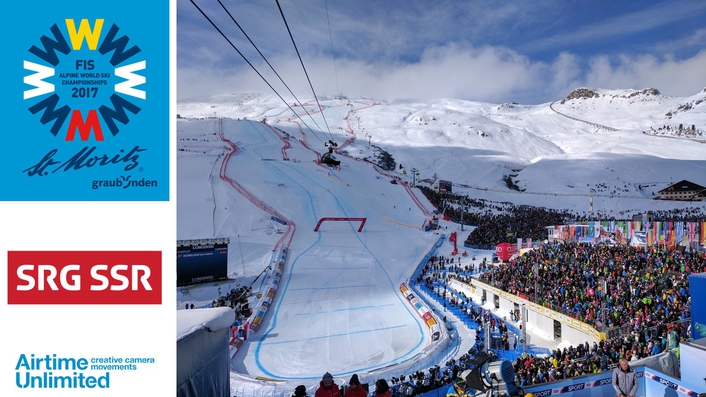 The Wingcam spans a length of 1,150m and runs above the women's racetrack with insight into the lower range of all disciplines of women and men. The line was designed and worked out together with SRG SSR TV director Beni Giger. The system is stretched between only two 18 m masts, which were also provided by Airtime Unlimited GmbH. The lower mast is connected to the Nüssli main stand at the finish area and and was manually erected. The upper mast was flown in as one piece with the helicopter and mounted on prepared ground anchors. This practice is often used when the Wingcam is used in alpine competitions.

The Wingcam system used at the Alpine Ski World Championships is guided on two parallel carrying cables and reaches a speed of up to 120 km/h.

The two 18m Masts for the Wingcam 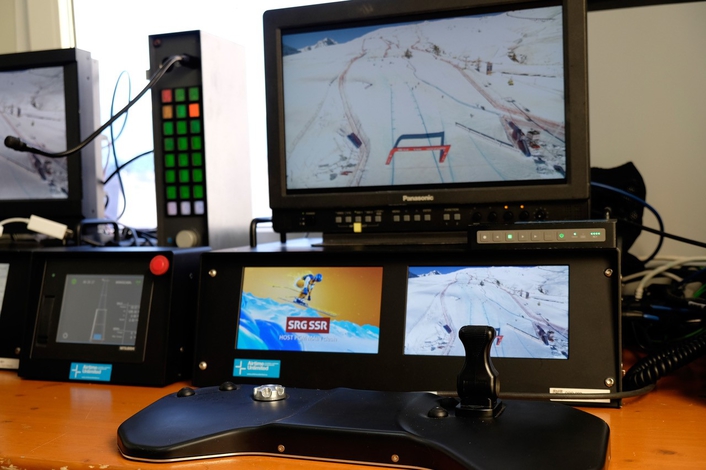 The Remote Control for the Wingcam

The entire dolly with batteries for a live runtime of 3 h weighs 25 Kg and is equipped with a LINK 1700 wireless adaptor for the image and a 5 GHz WLAN system for the data transmission. attached to the dolly is a 3-axle stabilized remote head. Depending on the application a modified Shotover G1 with HD-SDI slip rings is used. Alternatively a Airtime RH4 is used to allow higher speeds for even faster disciplines. 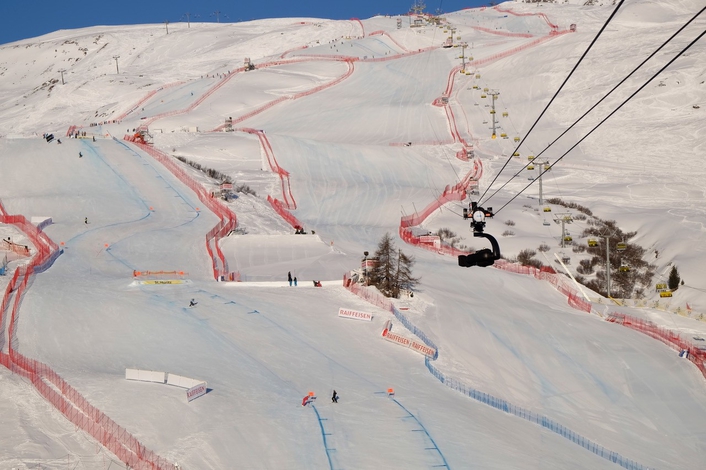 The Wingcam on its Way up

Downhill Training Runs: At the Free Fall in St.Moritz
Alpine Ski World Championships 2017: The Opposite Hill Camera
Longines pushes the limits of timekeeping in alpine skiing