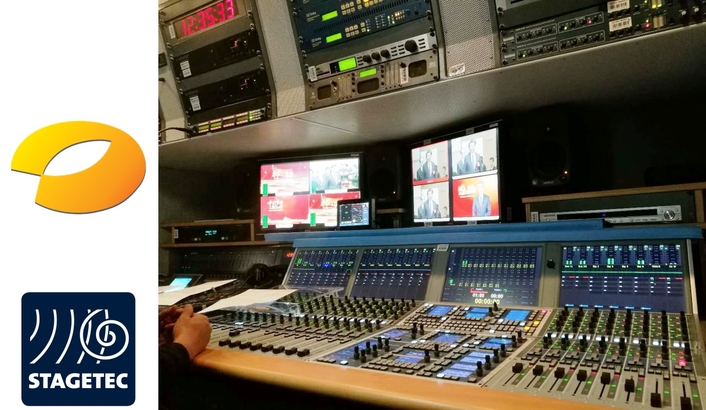 Stage Tec, the Berlin-based manufacturer of pro audio equipment, has equipped a second Hunan Television OB van. Hunan TV is a Chinese satellite TV station with headquarters in Changsha and has the highest audience ratings in the country after CCTV. Hunan TV has a total of five OB trucks. A Stage Tec AURUS has already been installed in one. Hunan TV has now modernised another OB van with a CRESCENDO.

The audio technology renewal in the OB van had become necessary because the previous broadcast console was increasingly unable to meet the requirements of large productions. On the one hand this was partly due to lack of capacity and on the other to its rigid bus structure. 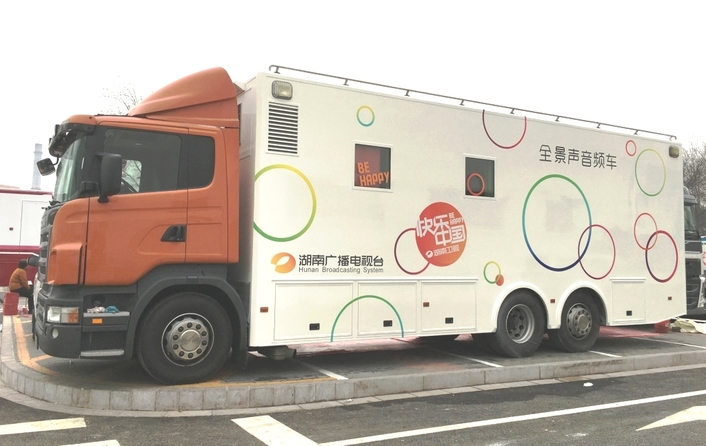 The newly installed CRESCENDO, however, offers up to 96 input channels with 48 buses or up to 108 input channels with 32 buses and solves all bottlenecks and configuration problems with its flexible routing. The new console has 24 faders and is integrated into a NEXUS network. The STAR router is equipped with two powerful RMDQ DSP boards for maximum console performance. 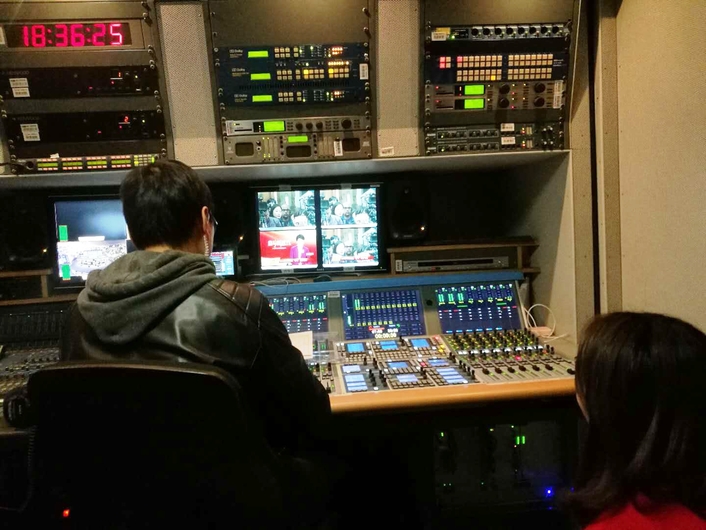 Due to the positive experience Hunan TV has had with an AURUS in an OB van, the station again decided in favour of the Berlin manufacturer. The OB van with CRESCENDO is used for important live events, like national congresses, major sporting events and show productions.

About Stage Tec:
Stage Tec Entwicklungsgesellschaft für professionelle Audiotechnik GmbH, based in Berlin, specialises in the development and manufacture of innovative audio equipment. Stage Tec was founded in 1993 by 20 shareholders. Almost all the founders still work for the company today. Dr. Helmut Jahne, Managing Director of the company, is also one of the founding members of the Stage Tec team and continues to drive the technological dominance of the product lines with numerous patents and developments.
Stage Tec has an international reputation as one of the leading pioneers in the transition from analogue to digital audio technology, and has raised the bar in digital technology. In 2010, NEXUS was awarded the Emmy® Award, the most prestigious US television award, in Los Angeles, as the best routing system in the world. The introduction of the AURUS mixing console in 2002 marked an extraordinary success, which continues to this day with several hundred systems sold. AURATUS was introduced in 2006 and CRESCENDO in 2009 - two compact consoles for broadcast and theatre. The ON AIR flex broadcast mixing console was launched in 2014. The brand-new, IP-based AVATUS mixer will be ready for the market in 2019 and picks up on the trend towards IP networking in the audio industry.
Stage Tec products can be found worldwide in such prominent installations as the Bolshoi Theatre, the Vatican, BMW World in Munich, the BBC in Britain, the Kremlin in Moscow, the Beijing Olympic Stadium, the Berlin Philharmonic, the Eurovision Song Contest 2011 in Germany and in various German, Swiss, Italian and Belgian broadcasters