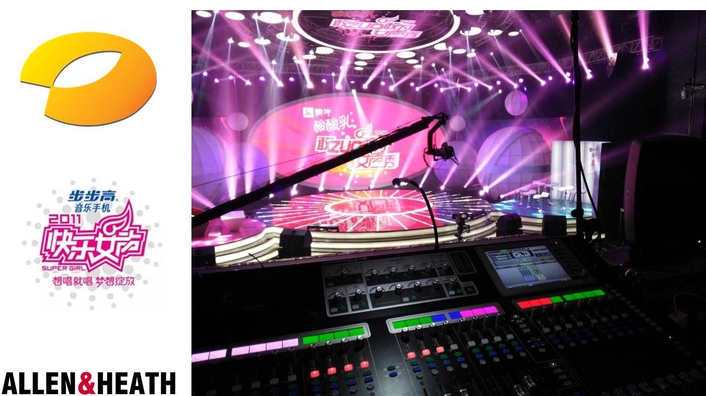 New for the returning season, the final six episodes of Super Girl were broadcast live on imgo.TV, an Internet TV platform affiliated to Hunan, with more than 35 million active viewers per day. The shows featured performances from final competing contestants with commentary from five professional judges on stage, plus two guest performing artists. The biggest technical challenge was handling the mixture of handheld and headset microphones and various open mics, which was managed by GLD’s Automatic Mic Mixing (AMM) feature.

“The AMM feature is just fantastic, making GLD a perfect choice for TV broadcast applications. While in the past I have had great trouble balancing the sound from handheld and headset microphones, I now get the handy AMM to easily make things right,” explains Zhang Kaifeng, FOH engineer. “Allen & Heath’s GLD mixer is already highly cost-effective and with AMM it becomes an even more valuable asset, that is definitely worth investing in.”

GLD’s AMM can be configured to work across all 44 microphone sources, allowing the user to select which inputs should be auto-mixed without the usual restrictions of a 16 channel insert based system. 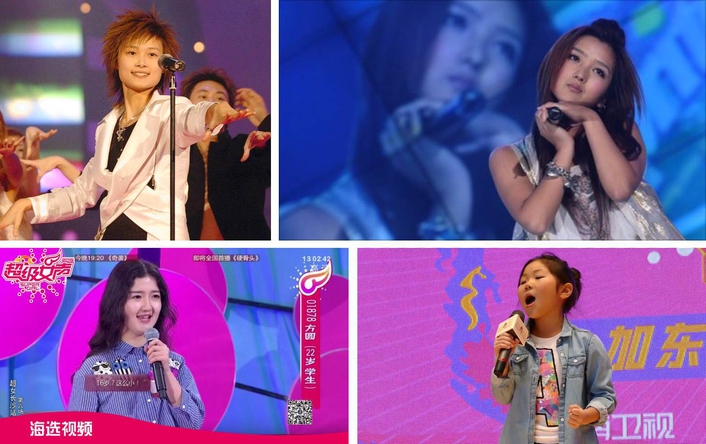 “The sound quality of GLD is so natural that it has very smooth frequency response. I am also impressed by its flexibility and reliability. I think it out performs many, more expensive mixers.”

In addition to Super Girl, many other hit entertainment shows produced by Hunan Broadcasting System will also be managed by GLD, including Mars Intelligence Agency and Crime Scene.