Hearst Station KETV in Omaha Partners With BeckTV and Evertz

BeckTV, one of the United States' premier design-build systems integrators, has completed the installation and commissioning of broadcast systems within the brand-new KETV facility, located within the renovated Burlington Station in Omaha, Nebraska. The Hearst Television-owned television station worked with BeckTV to integrate state-of-the-art broadcast systems, using Evertz end-to-end infrastructure solutions, into the historic building while preserving original elements dating back to 1898, when the rail station first opened.

"BeckTV has a great deal of experience completing significant station builds for Hearst, and the good relationship we enjoy helped us to overcome the challenges of establishing a 21st century media facility within a 117-year-old structure," said Warren Behrens, KETV director of engineering. "While BeckTV already understands Hearst stations' infrastructure and workflow preferences, the company's engineers worked closely with us to identify and address the unique requirements for this new station build. In the end, it all came off incredibly well, giving our staff better tools and a better environment in which to create content."

In a project representing nearly four years of planning, design, and research, as well as 29 months of renovation, KETV shifted its operations to the old Burlington train station, which had stood vacant for 42 years before Hearst purchased it. Original subway tiles now line newsroom walls in the Omaha landmark, which boasts an extensive fiber infrastructure, a 2,700-square-foot TV studio, and a new production control room — integrated by BeckTV — that features the latest technology from Sony and Evertz.

Engineering and production staff have realized a new level of flexibility and control with the end-to-end Evertz infrastructure including the EQX10 hybrid video/audio/IP router, distribution amplifiers, frame synchronizers, a multitude of conversion systems, the VIPA and VIPX Multiviewer platform, and an advanced fiber optic transport solution. The VUE interface for the company's MAGNUM control and orchestration solution puts all major components under a single point of control, making it easy for staff to track the status of the entire facility, make changes, or fix signal flow problems from anywhere inside or outside the facility. In addition to integrating internal broadcast systems, BeckTV took advantage of the building's fiber infrastructure to electronically isolate the central equipment room from the outside of the building. 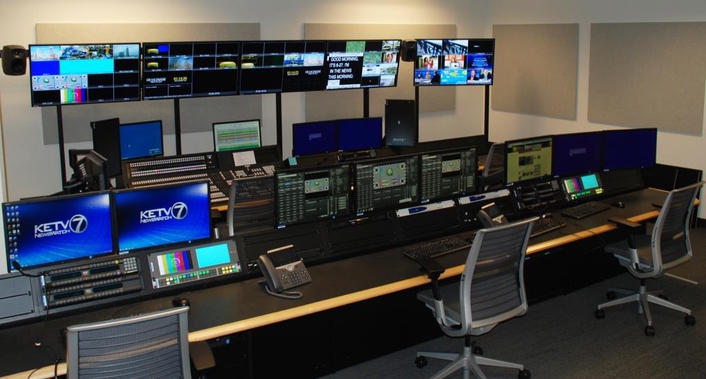 "Given the rich history of Burlington Station, this project was important not only to Hearst but also to the city of Omaha and its people, and so we selected vendors with both the requisite skill and experience to take on this job, as well as the passion and heart to do it right," said Ariel Roblin, KETV president and general manager. "We knew that we would encounter challenges and even surprises, but that with the right partners, including BeckTV and Evertz, we could get through those obstacles and connect to the heart of this project." 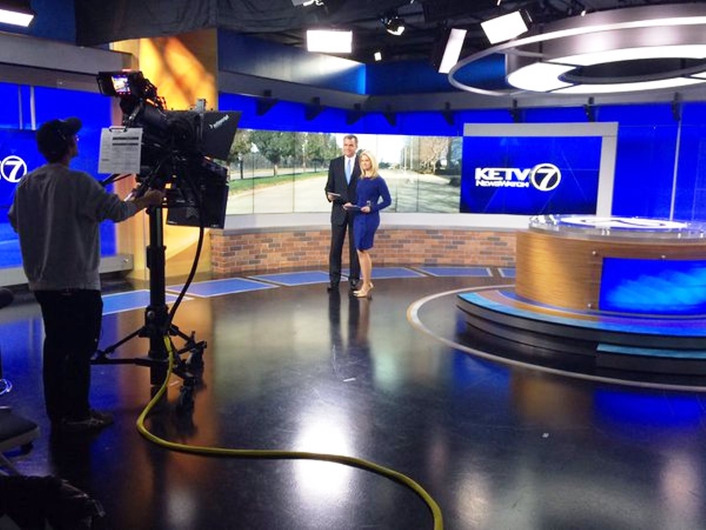 "Evertz worked closely with BeckTV and the engineering staff at KETV to design a state-of-the-art control room that would meet all of the station's requirements and allow for future expansion. By integrating the EQX10 hybrid router, KETV has the flexibility to route 180x180 signals with the ability to easily expand and integrate IP into the facility," said Joe Cirincione, Evertz' vice president, sales — U.S. Sports and Entertainment.
KETV delivered its final morning broadcast from its old facility on Oct. 28, 2015, and later that day presented its first 5 p.m. newscast from 7 Burlington Station.