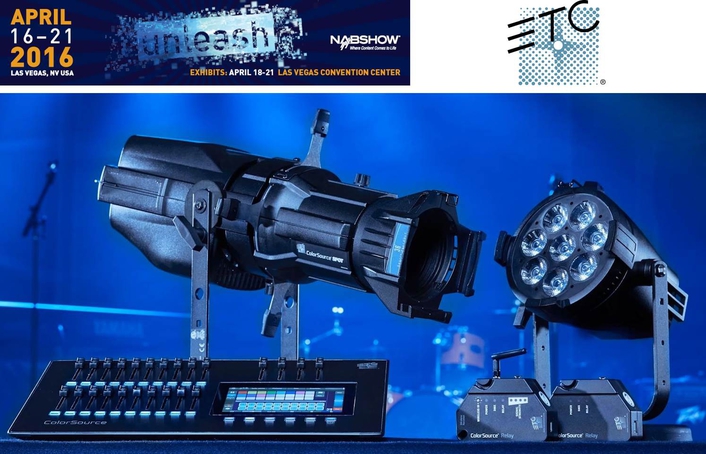 With a colorful cast of new gear to show off, ETC is set to light up this year’s NAB tradeshow, April 18th through 21st, in Las Vegas. Visit booth C4742 to try out the ETC-MP Rolling Rack, Source 4WRD™ LED, mobile lighting controls, the ColorSource™ family, and lots more.

ETC-MP Rolling Rack
ETC now offers a version of the 96-way Sensor® touring rack that’s made with television and film studios in mind. The ETC-MP Rolling Rack packs 96 circuits into a compact footprint the size of a typical 48-way rack, and boasts a simplified circuit configuration. A CEM3 controller and ThruPower modules let you switch from a dimmer to a constant circuit at the touch of a button. 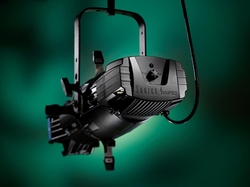 Source 4WRD
Save time and gain efficiency with the Source 4WRD™ LED. You can transform your tungsten Source Four® fixtures into white-light LEDs in just seconds by swapping out the burner assembly with a Source 4WRD. Its power draw is only 155 watts, but it’s just as bright as a 575-watt extended-life HPL lamp. You can save 70 percent of the power and still get the same superior optics and camera-worthy light as a traditional Source Four.

Mobile lighting-control bundle
When you’re shooting on location or working in a cramped studio where space is at a premium, a full-sized lighting desk might not be the most convenient. The ETCnomad™ mini-controller paired with an Eos® or Cobalt® Programming Wing is the mobile alternative. ETCnomad is tiny enough to fit on a keychain, but delivers the power and features of both Eos- and Cobalt-family software. And the Programming Wings give you a dedicated facepanel in the same accessible layout as your Gio® or Cobalt desk, with playback and fader controls, parameter encoders, and level and rate controls. 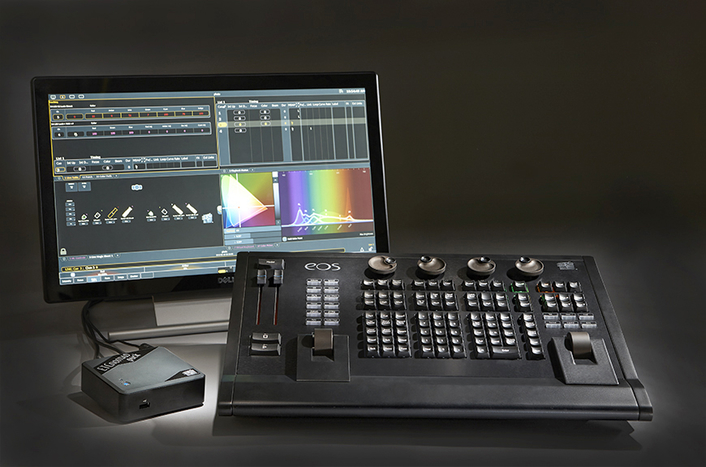 ColorSource family
On a budget but still want a complete, high-quality LED lighting system with plug-and-play setup? The ColorSource™ family has you covered. Available in two sizes with optional audiovisual capability, the just-launched ColorSource consoles provide hands-on control with the ability to run effects, mix LED colors, control moving lights and play back cues – all with the flick of a fader. The ColorSource Relay can wirelessly switch power and transmit DMX and RDM to hard-to-reach places. And the ColorSource® Spot and ColorSource PAR luminaires can create bright light with the broadest color gamut possible from a four-color LED, thanks to their unique RGB-Lime emitter mix.