.
The state-owned Israel Broadcasting Authority has upgraded its main news studio in Jerusalem, with help from ETC and dealer Danor Theatre and Studio Systems Ltd. The lighting for the Channel 1 studio needed to be suitable for the demands of high-frequency cameras, so the new ETC Source Four® LED Series 2 Daylight HD, with tunable cool-white light in the 4000-6500K range, was ideal. The studio was open in time for the Israeli elections, which were held in March, with 50 ETC Source Four LED Series 2 Daylight HD luminaires providing on screen lighting.

Lighting designer and head of the IBA’s lighting department Boris Gelfand explains: “One of the main challenges was how to fit a new modern studio into a 40-year-old, 600-square-meter [6,458-square-foot] TV facility. The studio is based on two sets that rotate to change angles and directions, with light boxes, touchscreens and a 12-meter-long [39-foot-long] video wall. We needed high-quality lighting fixtures in order to have as little effect on the set as possible when changing directions, scenery, colors and angles. We didn’t want to waste time refocusing the lights.” 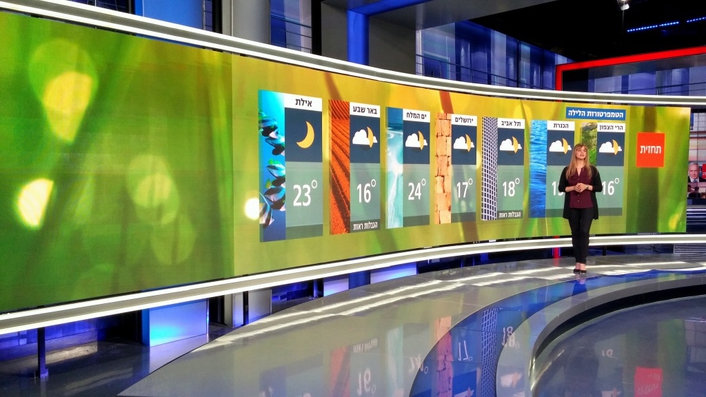 Gelfland used the Source Four LED luminaires as keylights and model lights. By cutting the focus points accurately, he was able to avoid moving any fixtures, while still keeping the atmosphere in the studio as desired.

“This is the first time I have used the ETC Source Four LED luminaries in a television news studio,” he says, “but I have used them in entertainment shows in the past. I was initially wary that the focus overlap between people on the set might be too sharp but with the use of the soft-focus filter, the result is excellent.”

Erez Hadar, marketing and purchasing manager at Danor, adds that Gelfand and his colleagues wanted to plan for the future by installing LEDs, saving money on dimmers and electricity. “The new Source Four LED Series 2 fixtures were the perfect solution,” he says. “The output is bright enough to handle all the LED screens in the studio, and the fixtures are ideal for TV usage.” 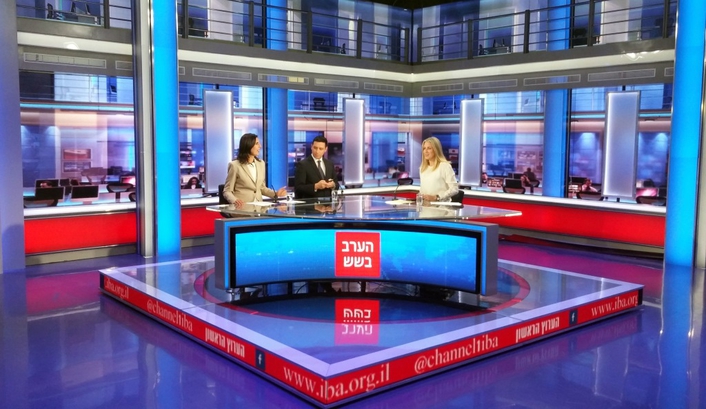 Hadar adds that he’s had some great feedback from the studio and the managers: “The light is bright, and the softness of the output on the faces of the presenters is really good. They are delighted with the result.”

The creative team was headed by chief producer Sima Moas; the director Jim Subhi and set designer Avi Fahima. The lighting system was programmed by Hilton Moss, and logistics were managed by Shlomi Turgeman.