Talking it up with ETC Ion 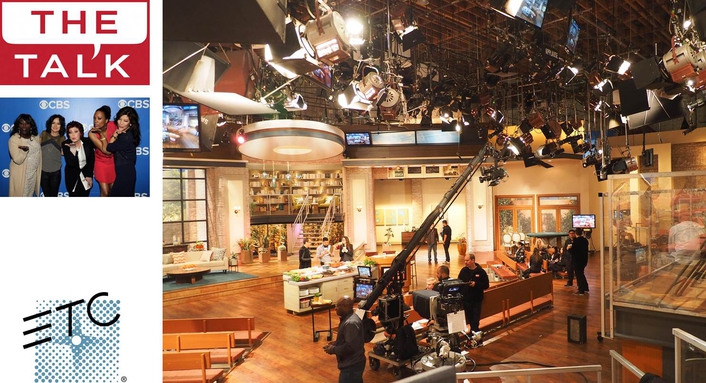 ETC’s Ion desk controls the lighting for The Talk
“Let’s start talking!” shouts Julie Chen, host of the CBS show The Talk, as her bubbly cohosts charge onto the set. The live studio audience is on its feet cheering – it feels more like a football game than a one-hour chat session. Their playing field is a multilevel set with a central table, a couch for celebrity guests, a kitchen, a library and an area for musical acts. The audience flanks the set on three sides of a stage that looks much bigger in reality than it does on TV. Despite its snappy title, in the competitive landscape of daytime TV, the talk show is no longer all talk. As the show enters its sixth season, the high-energy format makes each show feel fresh and it keeps the lighting crew sharp.

By talk-show standards, the lighting rig is impressive, with over 400 conventionals and 50 moving lights. The grid is packed with the standard 2K and 5K LED fixtures, but the key light is all ETC Source Four® profiles using a mixture of 26- and 19-degree lenses. Shooting at 3200K gives a soft incandescent look to the faces of the hosts and their guests. The set pieces are lit with LED while moving heads add concert touches to the live music acts. An ETC Ion® console handles over 650 channels of dimming, including the LEDs and moving lights.

Console operator and programmer Kelly “Kelldog” Waldman loves his job. “This is the greatest show I have ever worked on. Live TV has given me my lighting chops,” says Waldman, whose own career would make him a great guest on any talk show. “I started in 1992 as a gaffer on a movie called Death Train. It was shot in Croatia during the war, and no gaffer in his right mind would take the job,” he laughs. Born in Encino, California, Waldman skipped high school classes to edit and take photos for the school newspaper. He has been a resident theater lighting designer, has toured with musical theater, and has been a gaffer for TV commercials and scores of low-budget films before finally landing a ten-year stint at Nickelodeon.

He has worked as a programmer for lighting designer Lee Rose on many Dick Clark's New Year's Rockin' Eve specials and has a long-term working relationship with Kim Killingsworth, the lighting designer for The Talk. “My experience as a gaffer has helped me be a better programmer,” Waldman explains. “I have the advantage of understanding the entire lighting picture.” For the live musical acts on the show, he is given a CD two days before shooting and gets a few hours to program moving-light cues.

“I grew up on ETC consoles. I learned to run Expression 3 by borrowing a lighting rig from PRG for my kid’s school productions and writing as many cues as possible. The ETC syntax became second nature,” he describes. For The Talk, Waldman admits he could be using an Eos® desk, but instead runs the entire show on Ion. “We have two Ions running in tandem for complete redundancy,” he says. “On top of that, we have UPS [Uninterrupted Power Supply] on both; this is live TV and you can’t take chances. Nobody believes you can make a big, complex show work on the Ion console, but we are turning a Toyota Corolla into a NASCAR.” 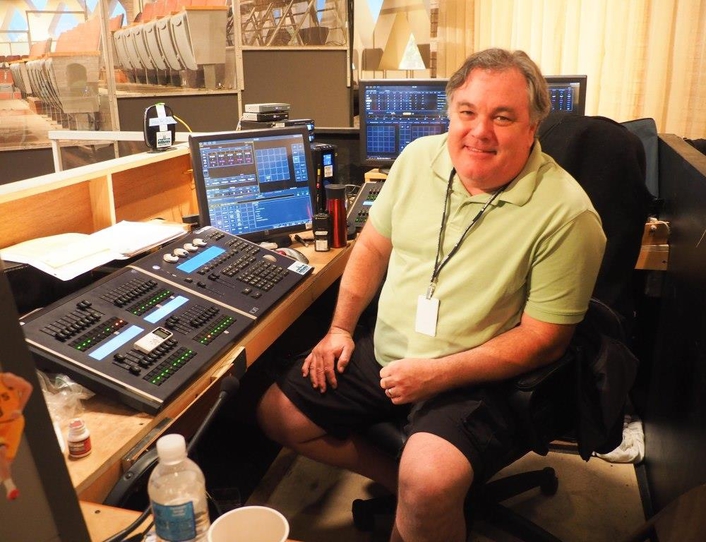 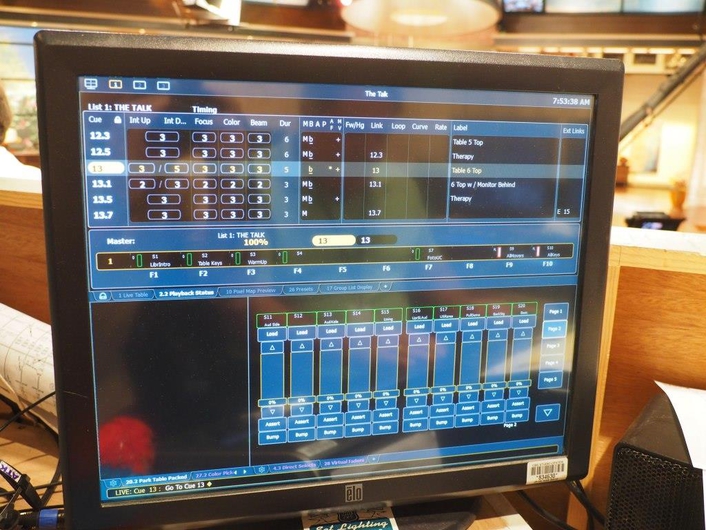 Monitors displaying the ETC Ion lighting program for The Talk

The keystrokes on the master console are all replicated on the backup using ETC NET3. Waldman explains, “The Ion can do anything that Eos can – you just need a few more keystrokes to get there.” While much of the programming is static, live TV can throw curves at any programmer. “Sometimes the director will call for ‘a dramatic look’ and I can respond quickly with the Ion,” he elaborates.

In the transitory world of television, talk shows will come and go (anyone remember Oprah?), but Waldman’s love for ETC and their products will endure. “I’ve always been an ETC man. Their consoles are rock solid and won’t crash, and their customer service is outstanding. I even look forward to the software upgrades,” he concludes.