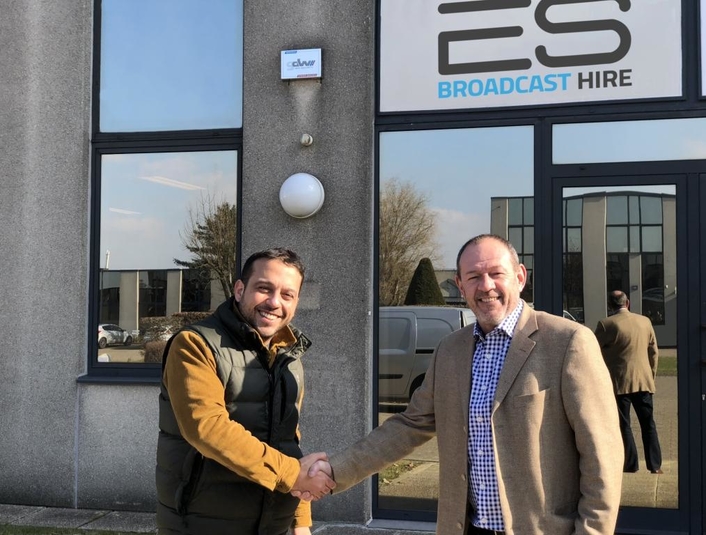 ES Broadcast Hire has announced the opening of a new office in Brussels, Belgium, bringing the live production equipment hire specialist’s offices in the UK and Europe to a total of five. The office opens with immediate effect. The decision to open the Belgian branch follows on the heels of the opening of a Spanish office in Madrid in June 2017. ES Broadcast Hire also has locations in London (Watford), Manchester and Munich.

Current European Sales Director Charles Alexis will assume the role of Managing Director of the Belgium office, combining this with his role leading the company’s Munich operation. Meanwhile, Vicky Bonte will also be joining the new office, as hire coordinator.

The new office, which will be located in the Nossegem suburb of the Belgian capital, will offer ES Broadcast Hire’s full catalogue of HD and 4K broadcast equipment and will service the Benelux market, as well as northern France and northern Germany.

Warren Taggart, Managing Director of ES Broadcast Hire, said: “The opening of a Belgium office is the next step in our plan to offer the premier 4K broadcast rental service in Europe. The size and quality of our 4K fleet is already second-to-none in Europe, if not the world.

“On the back of the major technology investments the company has made, ensuring we have a network of local offices run by industry experts is a key element of our ongoing strategy for growth. Establishing this service in Belgium helps us to meet the needs of customers in the Benelux countries and beyond, giving them much easier access to cutting-edge 4K technology.”

Meanwhile, Begoña Alvaro Varela is to join ES Broadcast Hire’s office in Madrid, as hire coordinator. She will support branch manager Marta del Moral in growing the company’s service offering in Spain and Portugal. And Louise Snell has joined the UK hire desk, having previously worked in marketing and administration for ES Broadcast’s sales division.