EVS, the leader in live video technology, has announced that Major League Baseball (MLB) team the San Francisco Giants has installed its DYVI system to let it create a more engaging in-stadium experience for its fans. The broadcast-grade, live video switcher has been implemented at the team’s AT&T Park and is being used by the franchise to create live video board shows for every home game as well as for any other music or entertainment events that take place at this venue.

The Giants integrated DYVI into the control room’s workflow alongside its XT3 servers, which ingest feeds from eight broadcast and six of the team’s own in-house cameras. Replays are created using LSM environment and all available media assets – including replays, promo content, pre-packaged highlights and interactive elements – are centralized in DYVI and used to create a live video experience, which is instantly delivered to the in-stadium video boards.

“When I was looking around at the switchers available on the market I didn’t want to install anything else once I’d had the chance to get hands-on with DYVI,” said Ben Dolinky, manager, scoreboard and video operations for the San Francisco Giants. “I was initially intrigued by the programmable nature of the system and the more I got to see of it, the more I realized we could benefit from the fact that it’s not like a traditional switcher.”

Due to its GPU-based architecture, the production team can create entirely bespoke content for every game, even if it’s for a specially-themed night at the ball park. DYVI lets technical directors (TDs) design complete game presentations with timely content supporting sponsors and opportunities from their sales and marketing teams. This customized content can then be quickly recalled by the switcher with a single press of a button. This flexibility has enabled them to take their existing scoreboard to new heights with creative control.

The production team can also create custom macros for specific actions, such as individual transition effects for each player on the roster. This means that when they step up to the plate, the video board displays graphics and content designed solely for that player.

“We have a number of TDs who work across different stadiums and keep coming back to the DYVI, excited about what they can do with us that they can’t do anywhere else,” continued Dolinky. “We’re unable to show any action on the main video board during game play so we’re on what we call the game in progress (GIP) ‘look’ for about 70% of the game. DYVI makes up for this, letting us create interactive effects to lead into and out of the GIP. It lets us turn something so necessary into something much more entertaining.

“And because it’s based on enterprise-level IT hardware and has extremely flexible macro-driven software, DYVI is an investment for the future of the team’s production workflows. It puts the San Francisco Giants ahead of the curve for however content will need to be delivered to fans in the coming years,” concludes Dolinky. 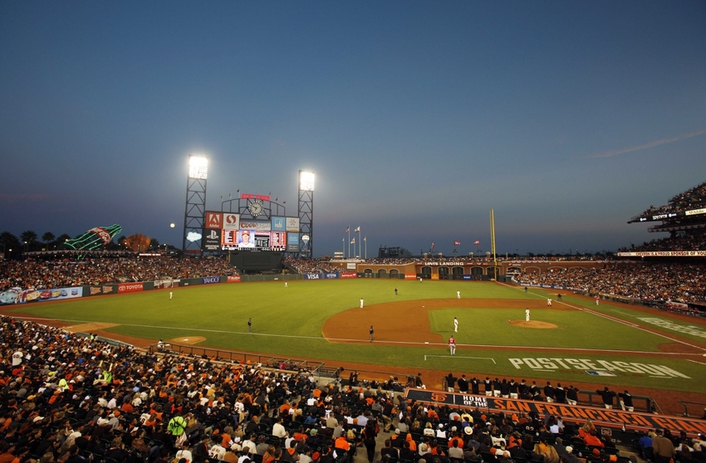 The new DYVI unit has been installed at AT&T Park in South Beach, San Francisco and is currently being used for the home games of the Giants’ 2017 Major League Baseball season.