For the only Asia-Pacific event on the IAAF Diamond League’s calendar of track and field events, Chinese broadcaster Xiamen Media Group (XMG) deployed multiple EVS technologies for the production of the Diamond League Shanghai – also known as the Shanghai Golden Grand Prix.

Among those EVS tools in action at the annual athletics event was the DYVI live video switcher, which was used for the first time in a multisport production. The switcher’s GPU-based architecture enabled users to create tailored content for each discipline, which could be swiftly recalled with the press of a single button. It was this flexibility and the signature reliability that both XMG and the facility’s owners were impressed with during the live production. 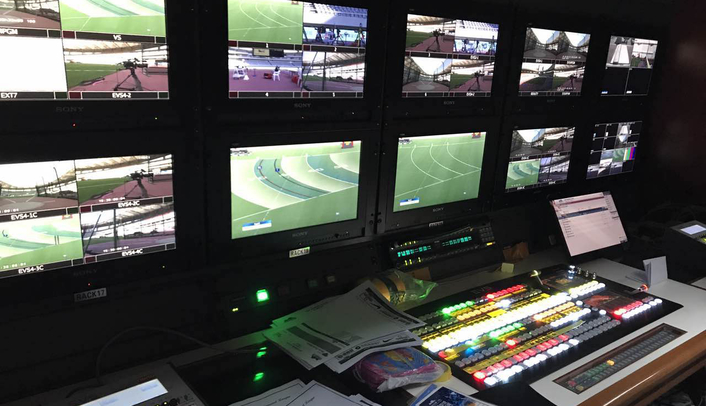 “After learning DYVI’s programmable nature, it was obvious that the Shanghai event of the IAAF Diamond League was a great place to introduce the EVS switcher for this type of application,” said Chen Jingyi, director of broadcast at XMG. “Each sport’s production setup can be saved and easily recalled when needed, making setup and re-rigging throughout a much easier process.”

Diamond League Shanghai was the second of the 14 events which will be hosted by the IAAF in 2017 and saw more than 100 world-class athletes compete in 16 disciplines. Until this year, CCTV has facilitated the event’s host broadcast, but with the increasing need for high-quality coverage of events in the region, such as the Olympic Games and the Asian Games, the state-broadcaster engaged its partner XMG to deploy facilities for this event.

With multiple events held at the Diamond League Shanghai, XMG used ten EVS live production servers, which were a mixture of XT and XTnano units. Throughout the games, all the servers were connected by an XNet network that gave operators the ability to easily share any content captured and created in the EVS environment. 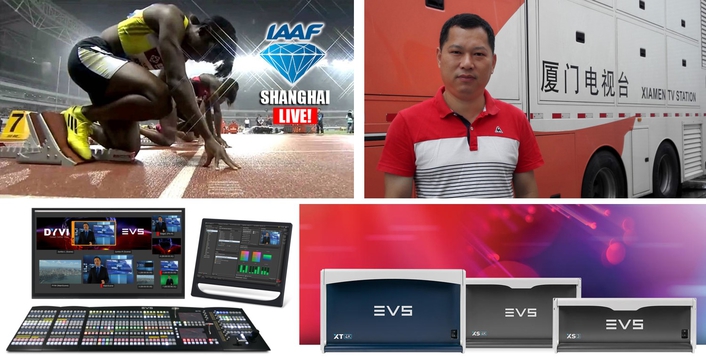