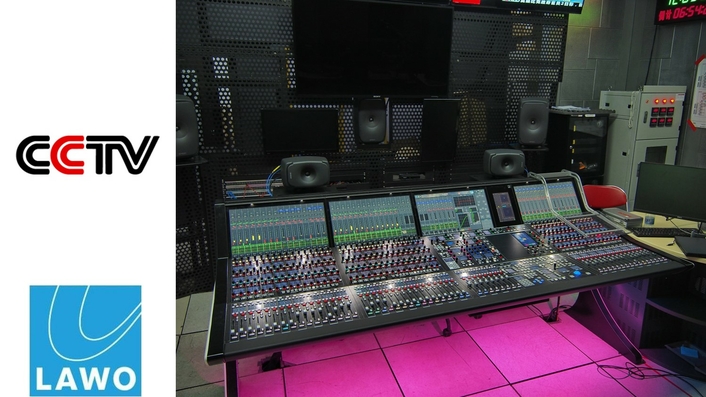 The largest TV broadcaster in China is now also the country’s first to use Lawo’s flagship mc²96 Grand Production Console – part of China Central Television’s (CCTV) swift and ambitious uptake of 4K/UHD and IP operation. The audio console has been installed in CCTV’s No.8 Studio in Beijing by systems integrator, the NDT Group.

Begun in July 2018 with installation work starting in November, the project is now complete and marks the second of CCTV’s studios to be upgraded to 4K/UHD with IP technology. The mc²96 and two further Lawo mc² series consoles in No.8 Studio (aka the 800m² studio) follows three prior AoIP projects for China’s national state broadcaster undertaken by Lawo, perfectly demonstrating that the German technical pioneer’s AoIP solutions are proven, safe and stable on the most high-profile of international broadcasters’ stages.

“The renovation of CCTV’s 800m² Studio audio system was handled by our long-term partner NDT, and finished mid-Jan 2019,” says Lawo System Engineer Sam Zhang. “As soon as it was finished, it was given a major mission – broadcasting the CCTV Spring Festival Gala, which is the largest live show on Chinese New Year’s Eve, with 1.3 billion watching. The 800m² Studio produced the 4K/UHD signal; the first time the Spring Festival Gala has been broadcast in 4K. The new system did the job perfectly.”

“The CCTV audio engineers chose AoIP without hesitation, since they believe IP is the future and they trust Lawo,” adds System Engineer Bai Shi, of Lawo’s Beijing Representative Office.

With many music shows and full bands recorded here, the new audio system for the 800m² studio comprises three mc² consoles – the 56-fader mc²96 for broadcasting, a 32-fader mc²56 for FOH, and a 40-fader mc²36 for monitors. The consoles share more than 300 analog and AES3 signal feeds, along with10 MADI feeds via two IP switches. Additionally, five Lawo Power Core remote production solutions and two A__madi4 units translate baseband signals into RAVENNA/AES67 streams and vice versa. Without AoIP, accommodating such a high signal count would be both difficult and costly. 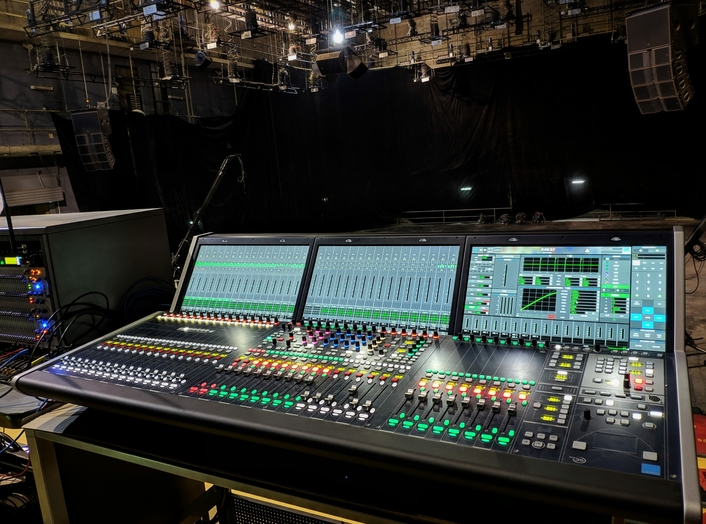 CCTV places a very high value on operational reliability, with both the mc²96 and mc²56 consoles’ HD Cores being fitted with redundant DSP and router cards. The mc²96 will also provide a backup FOH feed, while the mc²56 provides a corresponding live backup feed.

All of No.8 Studio’s RAVENNA/AES67 streams are protected by Lawo’s use of the SMPTE ST2022-7 hitless merge protocol, with two identical IP networks providing system redundancy. The Power Core also provides MADI I/O, used to connect the HD cores of the mc²96 and mc²56 consoles. In the unlikely event of these switches going down, both mixing consoles can still receive important I/O from the Power Cores via MADI at the press of a single button.

Two of No.8 Studio’s five Power Core stageboxes – each with 32 mic inputs – are located inside the studio in flightcases, with all analog signals from inside the studio to the audio equipment room fed via fiber – as an alternative to copper multi-core cables, this ensures that there is no loss of sound quality on their 50-meter journey.

Based on a SMPTE 2110-compliant IP audio backbone, the A_madi4 is part of Lawo’s A__line of audio interfaces, providing connectivity in distributed locations and can be readily adapted to any change in CCTV’s requirements as it can scale audio I/O capacity in a networked system, either temporarily or permanently. It also supports two MADI ports on SFP coaxial connections, and has two Dual Media RJ45/SFP 100/1000Base-T Ethernet ports for streaming and control.

The two A_madi4 units also work as the PTP (Precision Time Protocol) clocking master for the audio system, receiving word clock from the studio’s video system and translating it into PTP for the AoIP network. 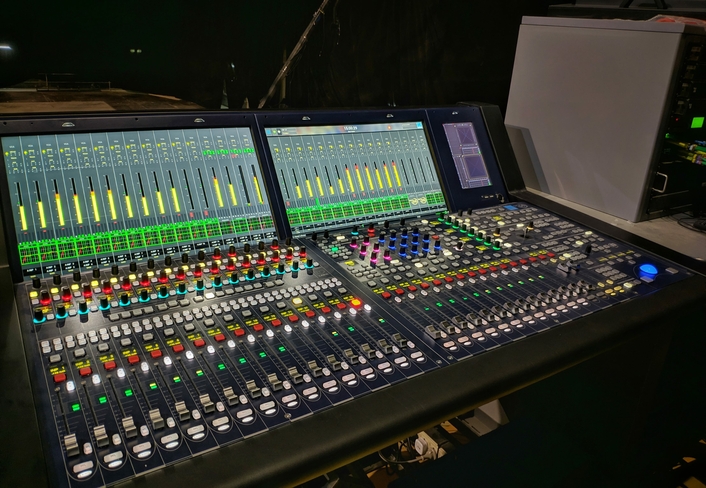 “We found the A_madi4 is a great PTP grand master device,” says Sam Zhang. “It’s not designed to do so, but during the completion of several AoIP projects, we have found it does work perfectly as PTP Grandmaster.”

“The studio is now taking care of normal daily work, mostly music shows with singers and bands,” he reports. “The CCTV audio engineers are happy with the new system; it’s not only powerful and flexible, it also looks fantastic.”