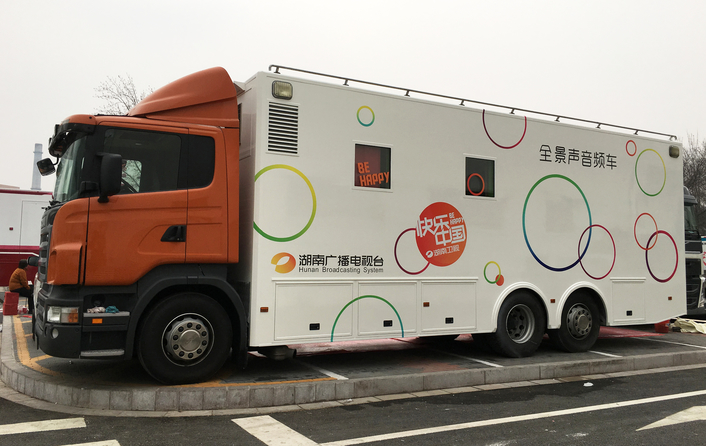 Renowned for its pioneering approach to programming and the use of new technology, Chinese broadcaster Hunan TV has created the first Dolby ATMOS equipped OB truck in China, complete with Genelec monitoring

Having transformed itself culturally and economically in less than three decades, China now stands as an example to follow when it comes to the adoption of new technology – including within its enormous broadcasting sector. Despite having only emerged in the last 30 years, the Chinese television landscape nonetheless accounts for a third of the world’s viewers. Now those increasingly affluent households will have the opportunity of experiencing new immersive content courtesy of the first Dolby ATMOS capable outside broadcast vehicle in the country, with Genelec monitoring at the centre of the set-up.

Roughly 2,500 television channels are presently broadcasting to China’s half-billion television sets. Most have long lived in the shadow of the national broadcaster CCTV (China Central Television). Among the most successful of the newcomers, however, is Hunan TV, which quickly set itself apart with a pioneering attitude and string of ratings hits. As a result, its holding company, Hunan Broadcasting Group, has become the second-largest television broadcaster in China.

Building on its success by focusing its schedule on youth and entertainment content, Hunan TV has now established an important benchmark with the launch of the first OB truck in China capable of producing Dolby ATMOS 5.1.4. 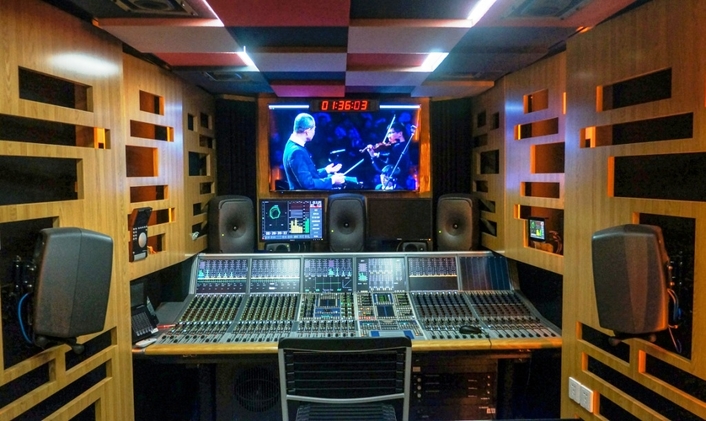 Building on its success by focusing its schedule on youth and entertainment content, Hunan TV has now established an important benchmark with the launch of the first OB truck in China capable of producing Dolby ATMOS 5.1.4.

Although a significant step forward in and of itself, the arrival of the truck comes as part of a broader strategic plan that was made clear at the recent China Content Broadcast Network (CCBN) exhibition, which took place in Beijing in March 2018. During a busy press call at the event, Andy Sherman, EVP, General Counsel & Corporate Secretary for Dolby Laboratories, Inc. and Jianwei Zhou, Supervisor of the Science and Technology Committee of General Director of the Major Project Center for Hunan Broadcasting System (HBS), jointly signed a declaration of intent stating that the broadcaster is committed to producing premium television content in the Dolby ATMOS format.

The launch of the OB truck arguably marks the first step in delivering on that commitment – a step which sees it join a growing number of international broadcasters for whom the adoption of immersive audio in the home is a growing priority. Having made its name in cinema screens around the world, ATMOS has at last begun to transition into the living room. An increasing number of mainland Chinese broadcasters have begun to adopt multi-channel surround formats for large variety shows, sports events and concerts – Hunan’s pioneering investment will likely inspire its competitors to follow suit and make the jump into an immersive future.

To do so, they will have to overcome the same challenges that Hunan TV faced in the creation of its new OB truck, not least the required linearity and ability to overcome the strict requirements of the ATMOS format, including tight restrictions in loudspeaker positioning.

Accepting that challenge on behalf of Hunan TV was leading Chinese systems integrator NDT Group, whose Long Hongliang worked closely with Hunan TV Recording Engineer Tan Xijie on both the design and integration of the truck’s audio systems.

“This project represents a major milestone for Hunan TV, as well as a significant step forward for Chinese broadcasting and perhaps even the Asian broadcasting sector as a whole,” he explains. “There could be no compromise on quality or the equipment chosen – everything had to be the best.” 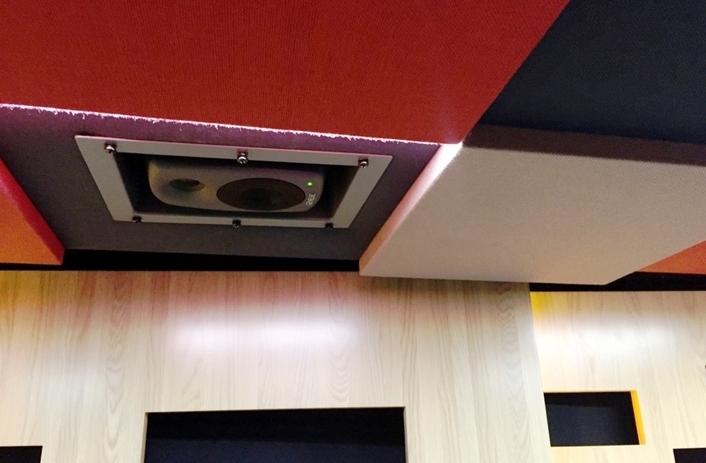 With the great and the good of the regional industry watching carefully, Hongliang and his team were faced with the combination of extremely high expectations, and the physical limitations of the truck itself. The interior of the vehicle is split into four distinct zones: the main mixing area, the broadcast area, equipment cabinets, and storage. The vehicle’s constrained dimensions meant that optimal locations for each and every monitor in the 10-unit setup – especially the surround and top speakers – were simply not technically possible. As a result, it was difficult to maintain an identical monitor radius to attain ITU standards.

With room inside the vehicle at a premium, it was also unrealistic to apply any more than a limited amount of sound isolating treatment without further reducing the available internal space. In its untreated form the vehicle suffered from an imbalance of midrange and low frequencies, leading to a boomy sound, and the risk that inaccurate sound reproduction might mislead a mix engineer’s ears. 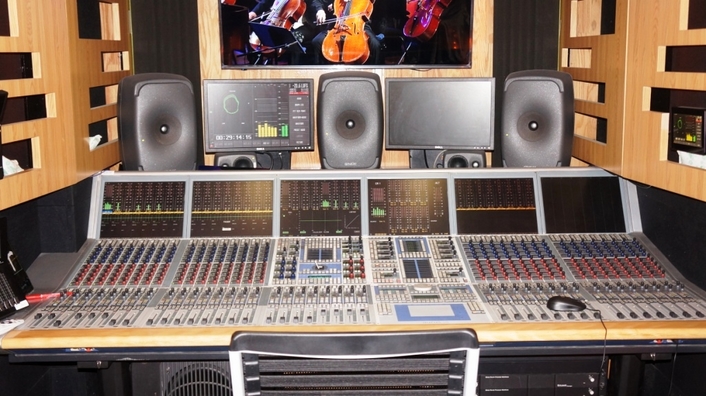 The largest of The Ones range, the 8351A combines a number of Genelec technologies including Acoustically Concealed Woofers (ACW), Minimum Diffraction Coaxial (MDC) driver and Directivity Control Waveguide (DCW). The result is a dramatic reduction in harmful reflections matched by highly controlled directivity over a wide bandwidth. Ear fatigue is thus substantially reduced, meaning engineers can listen for longer.

Occupying the left and right surround positions within the truck’s set-up are precisely mounted 8240A two-way monitors, offering high SPL and broad bandwidth in compact enclosures. In addition, four 8320A 4-inch two-way monitors are installed out of sight in the vehicle’s ceiling – with an enclosure depth of less than 6 inches, the monitors are easily contained within the roof space. 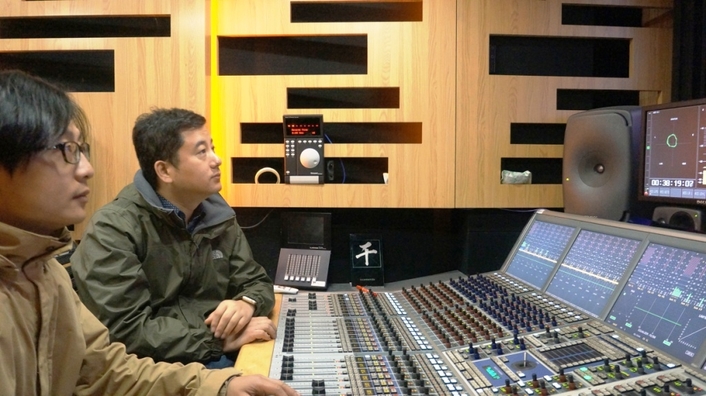 Adding a solid sub frequency foundation for the expansive audio format are two 7260A powered 10-inch subwoofers, which with their high SPL and versatile bass-management system made them the ideal low-end companion. Crucially, the entire system is SAM compatible, equating to a network of monitors which can be quickly adapted to suit the needs of the engineer. Via GLM, users can switch between monitor configurations and surround formats at the touch of a button – from simple stereo to surround and all the way up to ATMOS.

NDT Group also used GLM to confront the inevitable limitations on the physical positioning of speakers. The OB truck’s dimensions couldn’t be altered, but Genelec’s AutoCal technology, part of GLM, provided the best possible solution. By using the factory-calibrated Genelec 8300 acoustic measurement microphone in concert with AutoCal software, the systems integrator was able to quickly and accurately compensate for issues such as inconsistencies in each monitor’s time of flight, ultimately creating a fully calibrated listening environment that worked with rather than against the truck’s limitations. 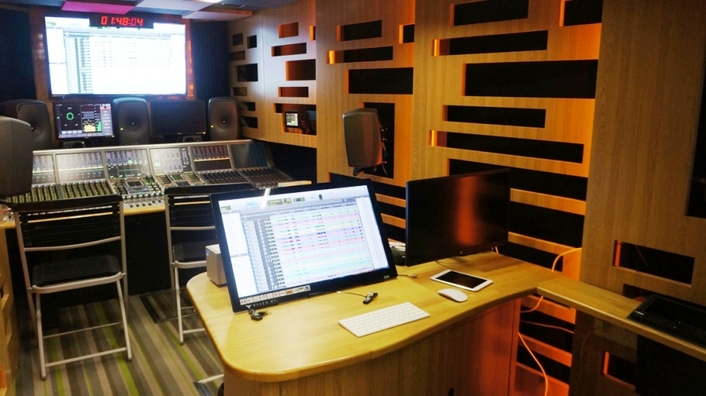 With its potential for steering the way forward for China’s booming broadcast community, it is perhaps only fitting that the completed OB truck has been cheerfully decorated to symbolise a theme which translates as simply “Happy China”.

Nor has the innovation been limited to the audio set-up – a central control system has been implemented for the quick and simple configuration of lighting and air conditioning, with different pre-set scenes available at the touch of a key. Now on the road primarily serving Hunan TV’s live music and variety show content, the finished truck is reason to celebrate both for the broadcaster and NDT Group. 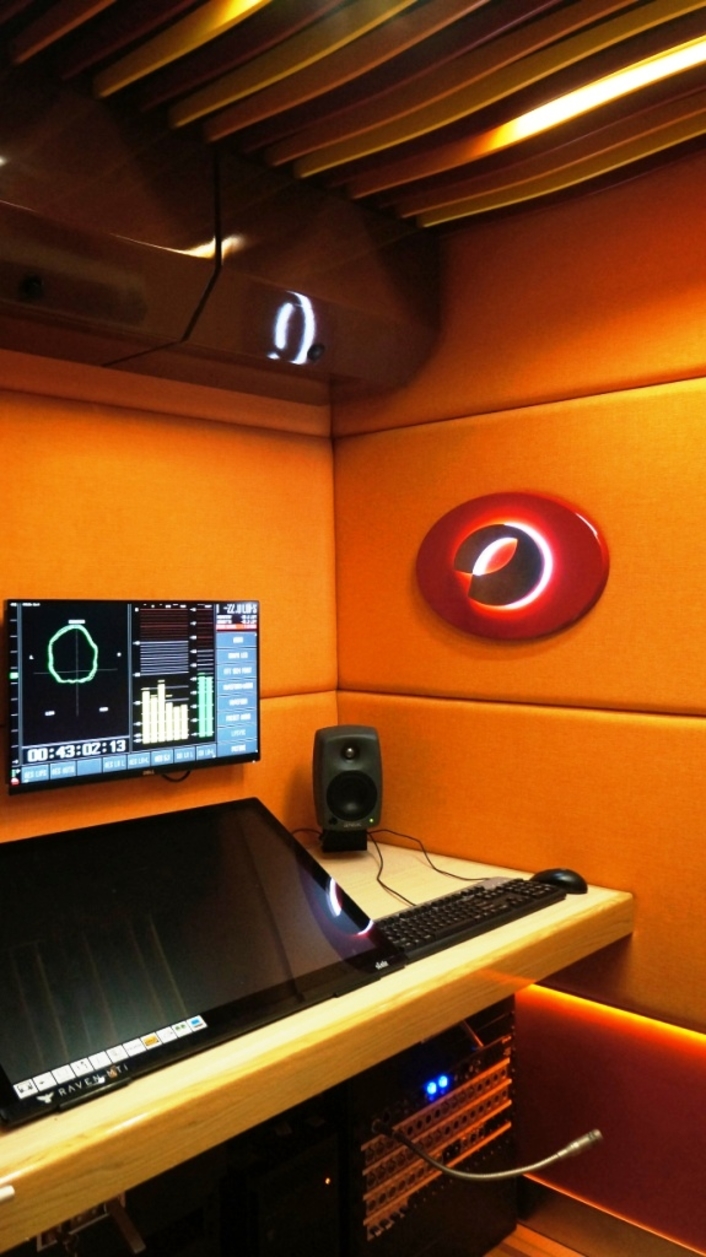 “I’m confident that the implementation of this Genelec monitoring solution and Dolby ATMOS within the new OB truck will prompt and inspire many more creative ideas within the Chinese broadcasting community,” reflects Long Hongliang. “It is a strong example of what we can achieve and it is already greatly adding to the quality and breadth of audio production within our television programming. Most of all it creates the opportunity for a wealth of new media content. We expect that the newly equipped OB truck will participate in a large number of large-scale live production broadcasts in 2018 and beyond.” 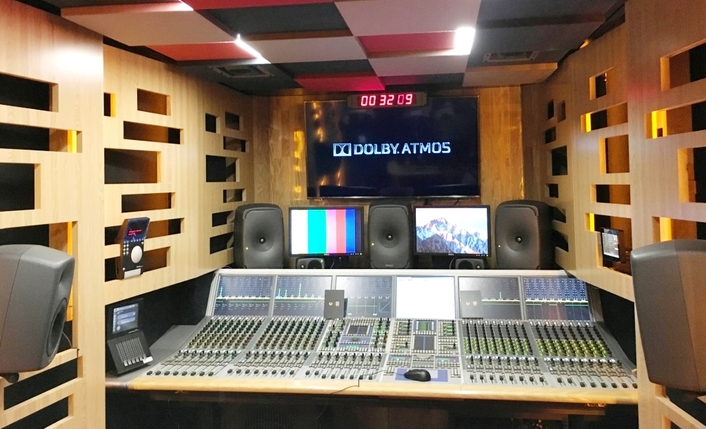