ARRI commits CA$300,000 to the Canadian Society of Cinematographers’ “The Future is Calling” campaign 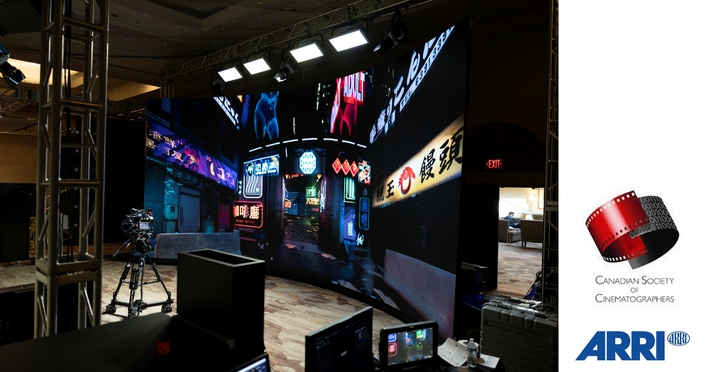 ⦁    Canadian Society of Cinematographers launched the educational campaign “The Future is Calling” to support national outreach, opportunities, and education for emerging filmmakers
⦁    ARRI supports the advancement of technologies and virtual production with combined cash and provision of state-of-the-art equipment

ARRI will support the Canadian Society of Cinematographers’ (CSC) “The Future is Calling” campaign with a contribution of CA$300,000. The $3.75 million campaign, launched in November, will support a national outreach, education, internship, and online educational program to break down barriers marginalized communities face in accessing jobs in the film and television industry. The campaign has received support from the industry, government, and philanthropic funders. More than half the goal has been pledged to date.

ARRI’s contribution will be directed towards advancing technologies and virtual production. “ARRI wants to ensure equal access to the technology that will dominate the industry’s future,” says Glenn Kennel, President & CEO of ARRI Inc. “We look forward to partnering with the members of the Canadian Society of Cinematographers who understand the specific training necessary to work on advanced virtual production sets and are in a uniquely suited position to develop a series of advancing technology workshops that can be delivered across the country in person and across the world online.”

The technology used by cinematographers is developing at a rapid pace. “Ever since the shift from silents to talkies, from black-and-white to Technicolor, from hand-painted sets to CGI, this industry has been about innovation,” says Paul Bronfman, chair of “The Future is Calling” campaign. “And we are thrilled to have ARRI making a significant contribution to ensure both emerging cinematographers and current cinematographers have access to learning about virtual production.

ARRI’s partnership with the CSC will be a combined cash contribution to advancing technology efforts and provision of state-of-the-art equipment to be used in virtual production training. “We can see that the CSC is on the move in Canada and understand that the totality of the work they are doing can benefit emerging cinematographers around the globe,” says Kennel. “We are pleased to be able to support these efforts.”

About ARRI:
"Inspiring images. Since 1917." ARRI is a global player within the motion picture industry, employing around 1,200 staff worldwide. Named after its founders August Arnold and Robert Richter, ARRI was established in Munich, Germany, where the headquarters is still located today. Other subsidiaries are in Europe, North and South America, Asia, and Australia.

The ARRI Group consists of the business units Camera Systems, Lighting, and Rental, all dedicated to connecting creativity and future technologies for moving images. ARRI is a leading designer and manufacturer of camera and lighting systems as well as system solutions for the film, broadcast, and media industries, with a worldwide distribution and service network. The portfolio includes digital cameras, lenses, camera accessories, archive technologies, lamp heads, and lighting accessories. Along with offering exclusive technologies, ARRI Rental's first-class services and equipment provide camera, lighting, and grip packages to professional productions around the world.

The Academy of Motion Picture Arts and Sciences has recognized ARRI's engineers and their contributions to the industry with 19 Scientific and Technical Awards.

About Canadian Society of Cinematographers:
The Canadian Society of Cinematographers is a not-for-profit organization that was founded in 1957. Its purpose is to foster the art and craft of cinematography and imaging professionals at all levels. CSC members are involved in the production of feature films, documentaries, television series, specials, and commercials. CSC is the governing body that gives accreditation to the most accomplished directors of photography in this country. CSC's mandate supports a full agenda of training, education, mentorship, and the dissemination of the latest in technical and product information. Its current strategic priority is removing barriers to employment for Black, Indigenous, people of color, women, and LGBTQ+ communities, increasing diversity in the industry and giving access to creative, well-paying jobs.