The Slovakian government holds the presidency of the Council of the European Union from July to December 2016, a role which rotates between member states every six months. Yamaha TF1 digital mixing consoles have been chosen for the vital role of mixing the local and broadcast audio for ministerial meetings, leader summits and press conferences.

The historic Reduta building in Bratislava has been especially renovated to host the Council during the Slovak presidency. Originally a Baroque granary built in 1773, the building has been the home of the Slovak Philharmonic Orchestra since the 1950s. Leading Slovakian AV company MediaTech Central Europe was invited to install the necessary technical equipment for the building’s new role and chose Yamaha equipment for the audio infrastructure. 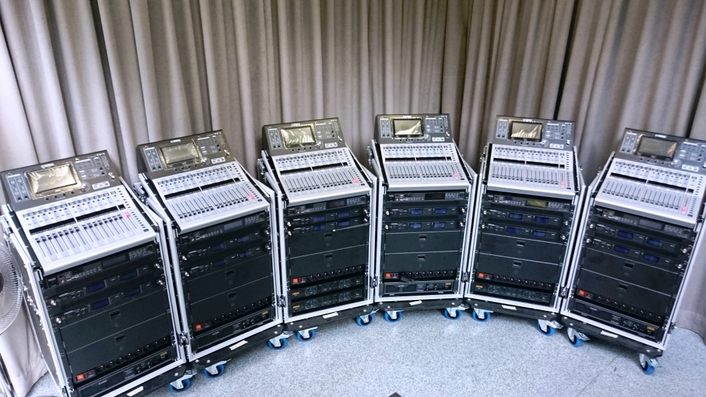 “Designing an audio system for such an important role is a huge amount of work, but working with Yamaha on this project ensured we would provide a flexible and extremely reliable solution. The collaboration was extremely important to us,” says MediaTech CEO Bohumil Tonkovič.

MediaTech installed a Yamaha TF1 mixing console in each of six meeting rooms, all equipped with an NY64-D Dante expansion card. A Dante network was installed throughout the building, linking the six consoles to a Tio1608-D interface in a central control room. This feeds audio to an outside broadcast van for RTVS, the Slovak state broadcaster, which in turn relays sound and video to other national and global broadcasters.

Inputs to each console come via the Dante network and include microphones, audio players and a feed from the control room. All of the TF1s can also be relocated to different areas as the various Council gatherings require. Each one has a backup of its settings saved to a USB key, so moving and setting them up is very quick. 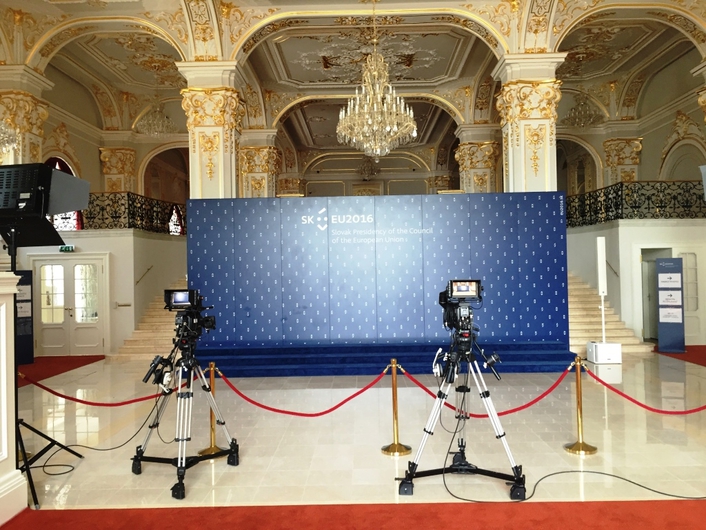 The Council of the European Union
Yamaha