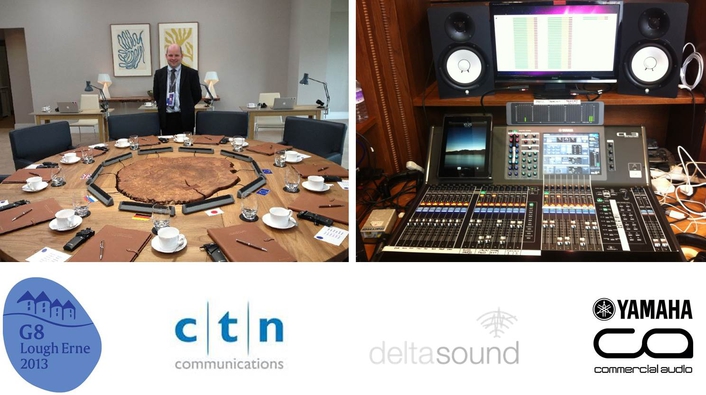 .
The eyes of the western world were on the Northern Ireland town of Enniskillen in mid-June, as its Lough Erne golf resort hosted the 39th annual G8 summit. As the heads of eight of the world’s largest economies met to discuss ‘trade, transparency and tax’, Yamaha digital mixers ensured that not a word was missed.

Contracted by CTN Communications, Delta’s experience of working at the 2005 G8 summit in Gleneagles and the 2009 G20 meeting of global finance ministers and central bank governors made them the ideal choice. Project manager Mark Sawyer and a team of ten engineers installed a number of audio systems which handled both translation and media feeds.

For the main meeting room where the summit took place, a Yamaha CL3, fitted with DUGAN-MY16 automixing card, was used to mix the feeds from all of the leaders microphones. A second CL3 on the Dante network supplied stems to a team of real-time translators, whose audio was then fed back via Dante to the leaders earpieces. The translated audio was also sent to the leaders’ assistants, who were present in the meeting room. 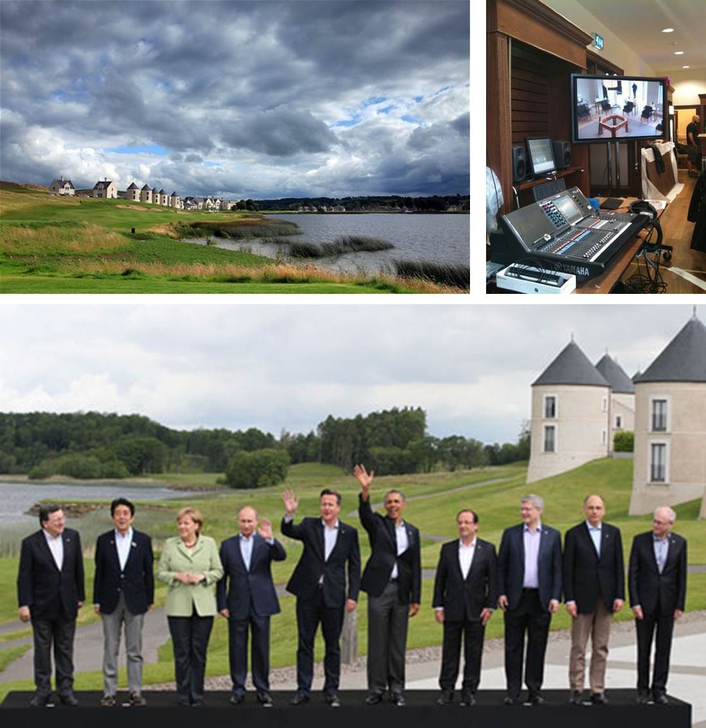 On the terrace outside the Lough Erne Hotel a second system was installed on the same Dante network, where the primary UK post-summit press conference was chaired by David Cameron. A Yamaha M7CL console handled mixing duties, audio again being fed via the Dante network to the second CL3 and the translation teams. This time the translations were fed back to the M7CL and streamed to the world’s media.

For both systems, seven Yamaha R-series i/o units on the Dante network allowed the audio inputs and outputs to be placed exactly where they were needed.

In addition, Yamaha LS9 consoles were used in three press briefing rooms, two at the hotel’s media centre and one at the nearby Killyhevlin Hotel. Here audio was mixed and fed to the world’s media at press conferences by all the leaders, as well as European Commission president José Manuel Barroso.

Although Delta’s engineers have a lot of experience with the M7CL and LS9, it was the first time they’d had the chance to use the CL3 and R-series units in the field and they were very impressed with their capabilities.

“We had to provide a complex audio system which, with most of the world’s highest profile leaders involved, had to be exceptionally reliable. With translation a key part of the summit, it also had to deliver high quality audio to both the leaders and for global broadcast,” says Delta Sound technical manager Mark Powell.

“With Dante being integral to the Yamaha CL Series, it allowed us to connect all of our systems to one central hub from which we could control everything. We needed a system which could cope with a high number of exchanges and the Dante network did exactly that. It made our lives significantly easier, even with a network that used over 2km of fibre optic.”