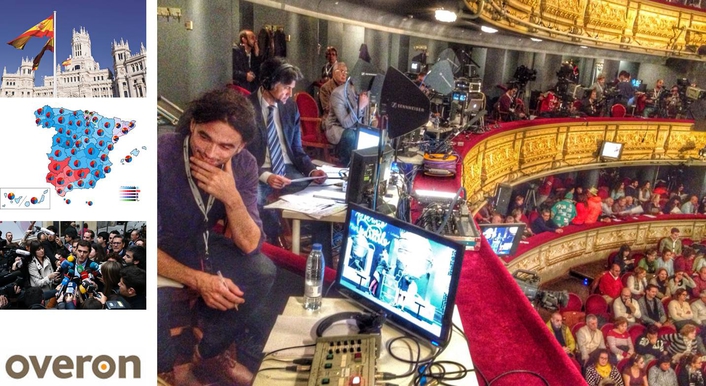 An Overon team of more than 160 people covered the Spanish general elections for both Spanish and foreign TV networks. The company deployed a comprehensive arsenal of technical equipment covering the event from the main points of news interest. 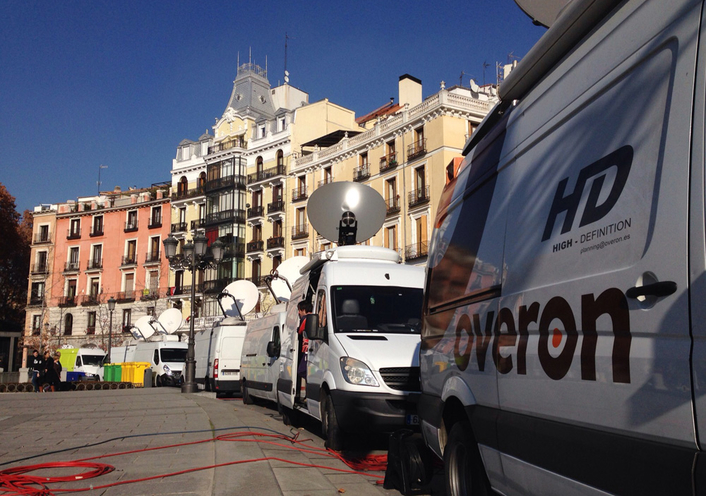 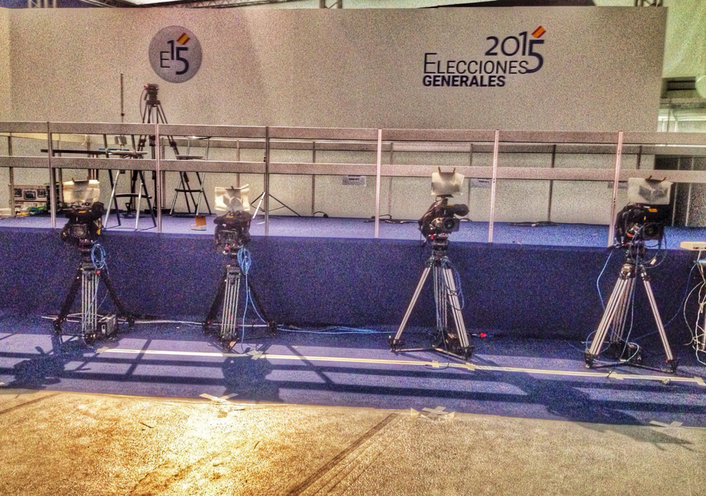 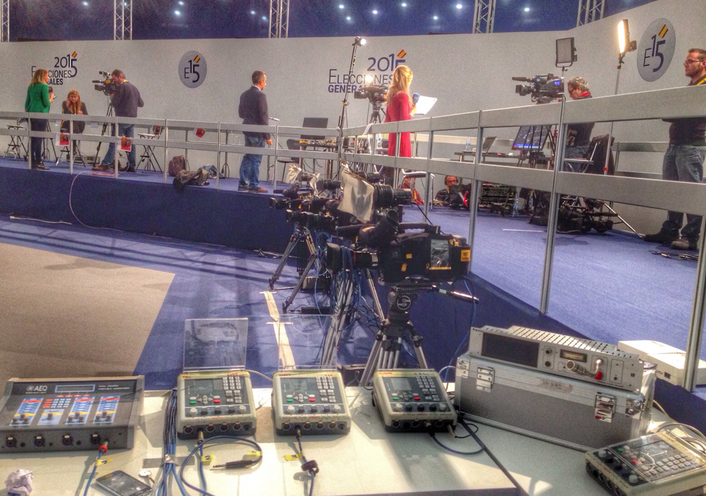 Overon provided broadcast services from key points in Madrid such as: the IFEMA Data Centre, the PP’s HQ in Génova Street, the PSOE’s party HQ in Ferraz Street, the Podemos base in the Goya Theatre and Infanta Isabel Square, the Ciudadanos HQ in the Eurobuilding Hotel, the IU HQ, the Houses of Parliament, the Puerta del Sol, Cibeles, the Círculo de Bellas Artes, polling stations where the main party leaders voted in Madrid and Barcelona, as well as party HQ’s in Barcelona, the Basque Country, Galicia and Seville. 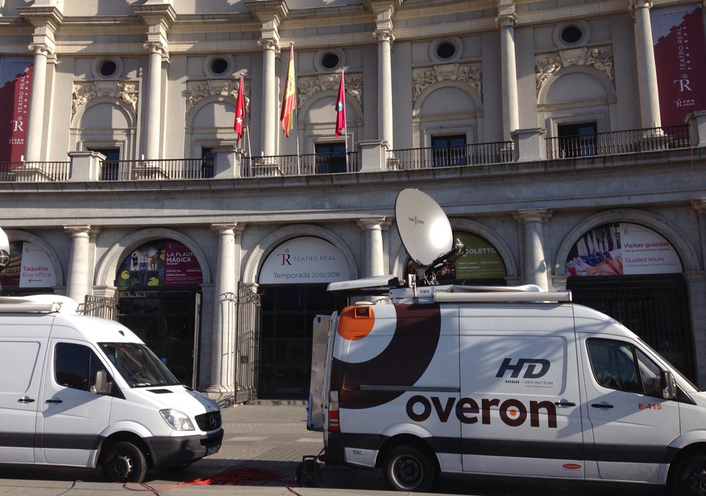