Robe Gets Elected in Israel 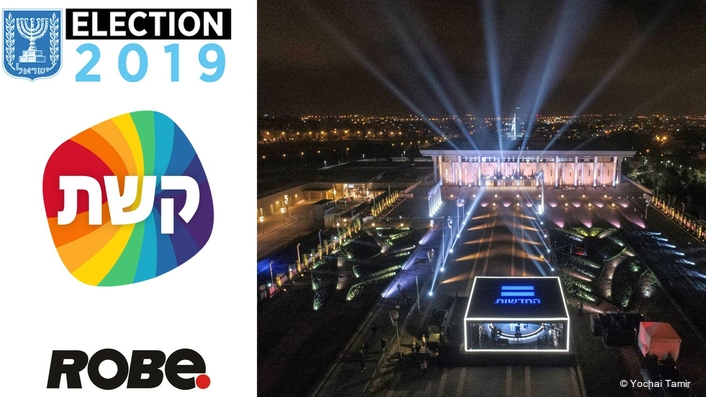 Robe moving lights were unmistakably present during the recent Israeli general elections and specifically during broadcasts from the country’s main news station, Channel 12, which built a special pop-up studio in front of Israel’s famous Parliament building, the Knesset, which was live for a week. Lighting designer Ofer Jacobi was asked by Channel 12 to design a lighting scheme for the studio and Danor Theatre & Studio Systems was appointed as the rental supplier. Ofer’s first choice of moving light was Robe for several different reasons!

The Knesset, the unicameral national legislature of Israel is an instantly recognisable building in Givat Ram, Jerusalem … designed by architect Joseph Klarwein and opened in 1966. The pressure was on for Ofer to create a great look for the studio setting and to tastefully illuminate the Knesset behind.

Ofer works regularly for Danor and is involved in many Channel 12 productions and Danor’s Erez Hadar is a lighting consultant for the Channel 12 news unit and owners Keshet Media, who turned to the company to deliver the most dynamic lighting solution for this special application.

The MegaPointes were used at the rear of the studios to create spectacular beam effects along the front drive of the Knesset that looked very dramatic on camera.

The LEDWash 1200s bathed the Knesset building’s imposing monolithic fascia in nice, rich even light, illuminating it beautifully in what became the signature back-of-shot look for all of Channel 12’s reporting throughout the 2019 election.

The Spiiders were used to wash the outdoor area in front of the building, and the expanse of ground in between it and the pop-up studio, while the little LEDBeam 150s were used to create colourful backgrounds for the numerous interviews taking place in the studio.

The Pointes were located on the roof of the Knesset, scanning and beaming around all over the area which looked fantastic and super cool on all the aerial helicopter and drone shots plus on all the crane cameras.

Ofer needed very bright fixtures for all of these tasks. He also used a lot of colour effects, and comments that the zoom functions on all the fixtures were very helpful, as their unique optics helped produce some excellent lighting results for this very special and detailed application. 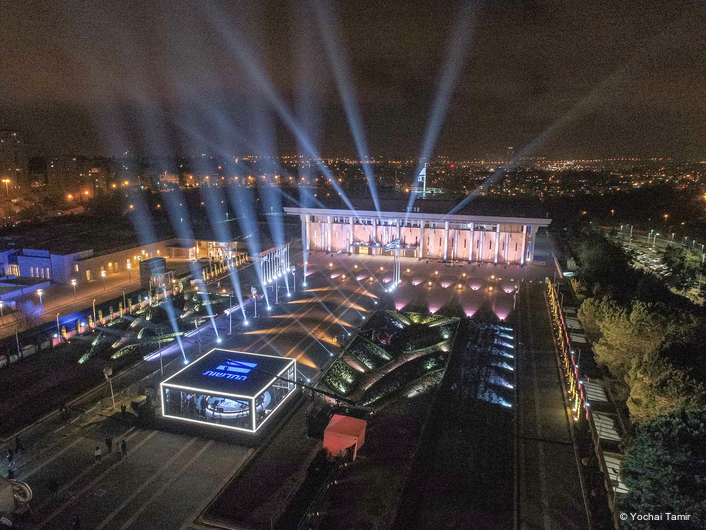 “My challenge was to excite the audience and make them want to watch all the action on Channel 12 rather than competitor broadcasters” he stated, and this included lots of live  reporting, comments, debates and discussions and up-to-the-minute reporting of the facts, figures and unfolding dramas as they happened in one of the closest elections in recent years.

Other lighting in the studio included some PARs, profiles and other generics together with LED panels … but all the razzmatazz was created by the Robes!

Other lighting in the studio included some PARs, profiles and other generics together with LED panels … but all the razzmatazz was created by the Robes!

Lighting control was via a CompuLite Ultra Violet console operated by Ronen Ben-Harosh and the lighting crew chief on site was Shalom Efraim. The studio was designed by Avi Fahima & Maia Hanoch from Studio Forma and constructed by Irgunit.