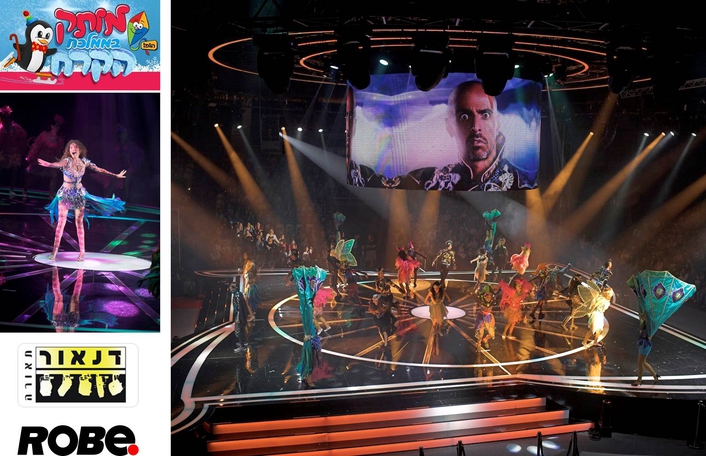 .
Israel celebrates the Hanukkah holiday in a diversity of ways, one of which is the annual 'Festigal' performance show which brings the glamour and glitz of leading celebrities to the stage for an all-action music and dance extravaganza targeted at 8 - 14 year olds. It’s one of the best attended and most popular performance phenomena in Israel.

This year, Festigal's lighting designer Ronen Najar – who has lit the show for the past eight years - spec'd 24 of Robe's new BMFL Spot fixtures to be the centerpiece. The BMFLs were part of a delivery of 60 units purchased by high profile Israeli rental company, Argaman Systems.

Ronen, among the country’s leading LDs, is known for his 'out of the box' approach and the great style he brings to lighting any project. He once again produced a stunningly colourful and dramatic show for the tour which played three cities - Haifa, Jerusalem and Tel Aviv – with up to three two hour shows a day clocking up an impressive total of 108 performances! All are completely sold out. 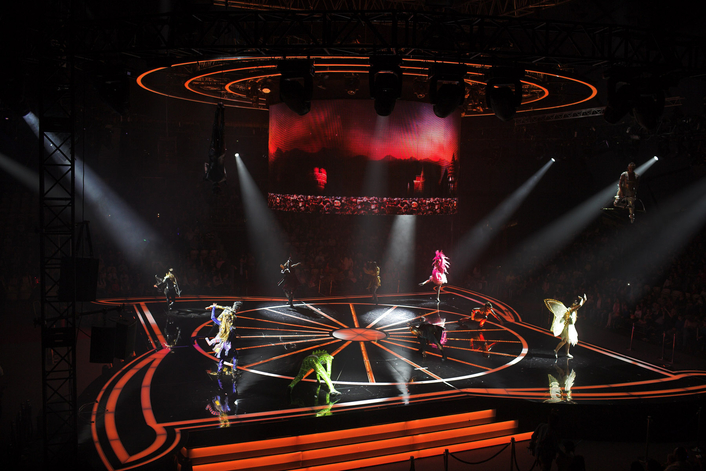 Robe’s reporting team  caught up with Festigal at the Congress Centre in Haifa, where the majority of the  lighting was flown on large ground support structures that enabled a circular truss to be secured above the in-the-round stage.

The design concept of fast and poppy lighting matched the velocity and pace of the show - an environment that seriously tests any lighting fixtures!

In addition to the BMFLs, Ronen also used 24 x Robe ColorWash 2500E ATs and eight ColorWash 1200E ATs.  Robe is one of the brands he regularly specifies for his work which includes several music based TV series including the runaway success, 'Rising Star'.

The BMFLs were used for all Festigal’s major effects lighting. He also utilized them as specials, as well as gobo projections to help create the different locations and planets involved in the intergalactic theme of this year's performance.

Their brightness and functionality impressed Ronen, as well as the thrill of being among the first LDs in the country to use them. "It made a big difference having the BMFLs on the show this year due to the clarity and crispness of their beams and the overall quality of the light. Because of this, we also worked the lights a lot more this year," he comments.

The ultra-sharp gobos worked particularly well when beamed onto the shiny black floor.

Lighting operator Ido Derai was also taken with the BMFLs. In fact he had used them a month or so earlier at an F1 opening event at the Singapore Grand Prix. "They are fantastic for lighting large stages and spaces - the intensity is great and they are very fast and responsive".

Ido works regularly as a lighting tech and stage hand so he truly appreciates the reliability of the BMFLs as well and their light weight for all that power! 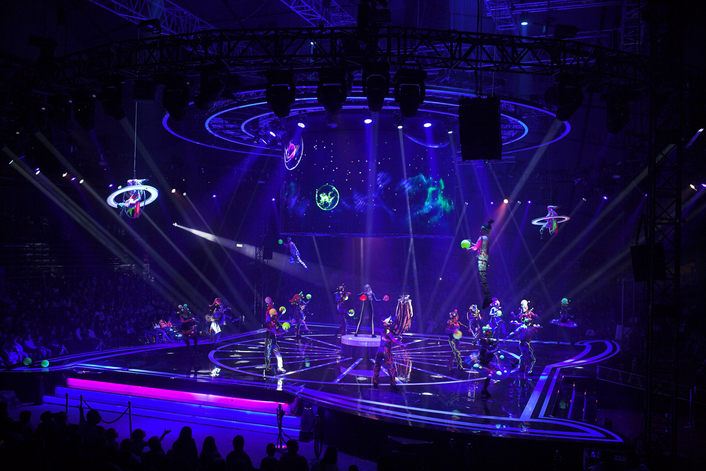 He also remarks on some of more subtle but thought-through elements that Robe have introduced like the logical order of the colour wheel, the fact that the BMFL colour temperatures match other Robe ROBIN range fixtures perfectly and that the gobos are complimentary to those of Robe’s Pointes. He loves the incredibly smooth dimming as well.

Ronen used 24 x BMFLs on "Motek", another Hanukkah touring show for which he was LD, this time for 3 - 5 year olds and more theatrical, less poppy but equally as interesting to light. Staged at the Konchya Arena in Beersheba as well as touring to Jerusalem and Tel Aviv, it had a slightly less hectic schedule than Festigal, however still played 46 capacity performances! 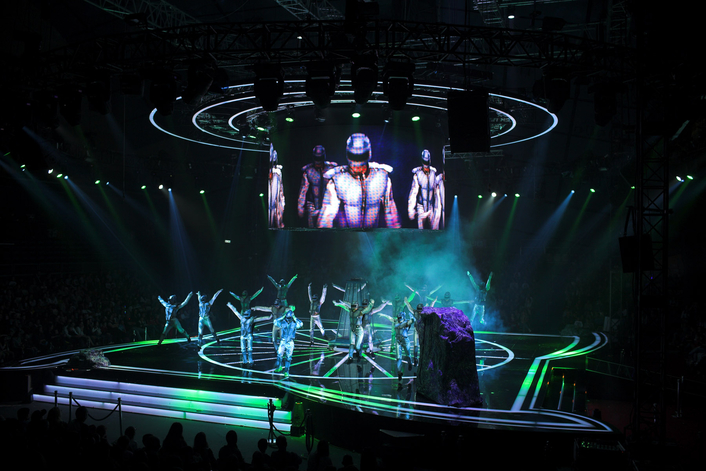 Ronen was happy that the BMFLs were able to satisfy all his requirements for specials together with numerous big, bold, bright and colourful looks, and the lighting contractor for this Motek was also Argaman Systems.

Argaman has made major investments in Robe in the last three years, all of which have been delivered by Robe’s very proactive Israeli distributor, Danor Theatre and Studio Systems. The scale of this substantial BMFL purchase further  underlines the company’s commitment to the brand.