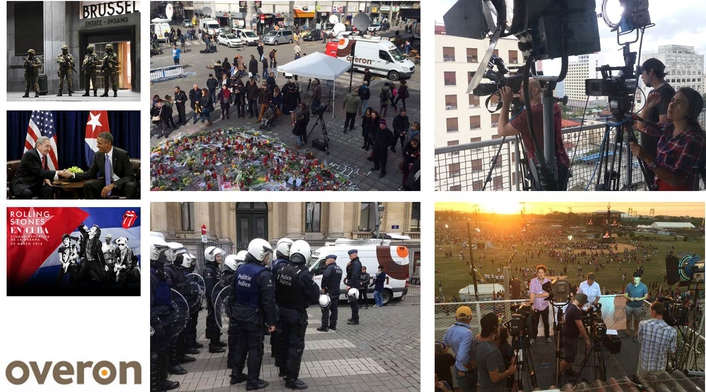 From the morning of the 22nd March, the day of the terrorist attacks at Zaventem Airport and Maelbeek underground station, Overon has provided comprehensive broadcast coverage of the breaking events from a host of key points in the Belgian capital. The first round of coverage was provided by equipment and staff from Overon’s base in Brussels and which kicked off barely two hours after the first bomb attack at the airport. Extra equipment was flown in from bases in Paris, Nice, Warsaw, Barcelona and Bilbao providing a total of 7 DSNG’s working simultaneously with 15 stand-up positions in place.

The operation allowed Overon to provide live link-ups for clients from a host of key spots in and around Brussels bringing all the breaking news to viewers from Zaventem Airport, Maelbeek underground station, the Stock Exchange, the Court buildings, from outside the European Council as well as other points of maximum news interest in the Molenbeek and Schaerbeek areas of the city. 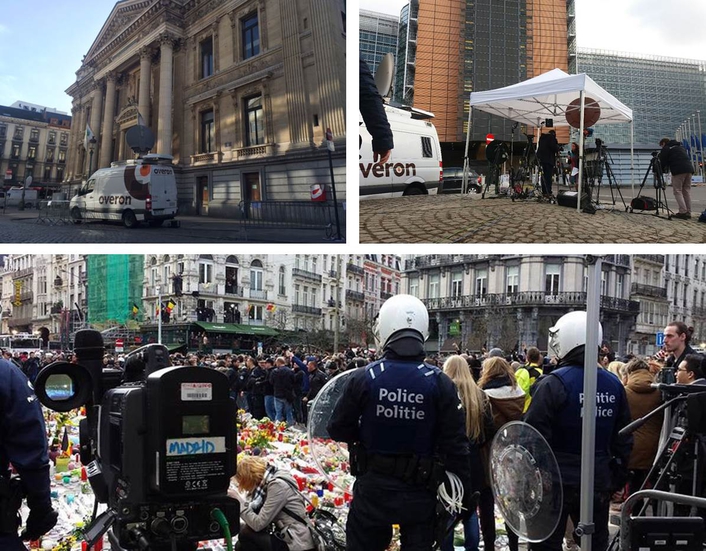 From Havana, coverage of President Obama’s visit to Cuba and the Rolling Stones concert
The 20th, 21st and 22nd March, coinciding with President Obama’s historical trip to to Cuba, Overon together with Overon America provided comprehensive broadcast coverage of the visit to the Island with a 12 strong team which included 2 satellite operators, 2 chief technicians, 1 producer flown in from Madrid together with 1 producer from the Miami office, 4 cameramen and two local back-up staff with 2 HD/SD fly-aways. The technical equipment was flown in from Spain.

One of the fly-aways was located in a spot called the “La Piragua” from where viewers got views of the iconic Malecón as well as the American embassy. The second camera was located in the Habana Libre Hotel, home of the international press centre, an excellent spot to offer images of the Havana sky-line. 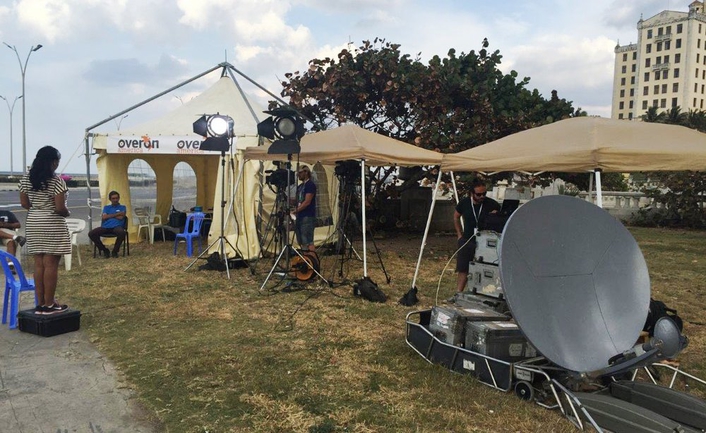 The 25th March, following the US President’s visit, saw the Rolling Stones give a free open-air concert in the Ciudad Deportiva Stadium with around 1,200,000 people in attendance. Overon provided coverage of the concert via a fly-aways on a terrace with a view of both the stage and the crowd.