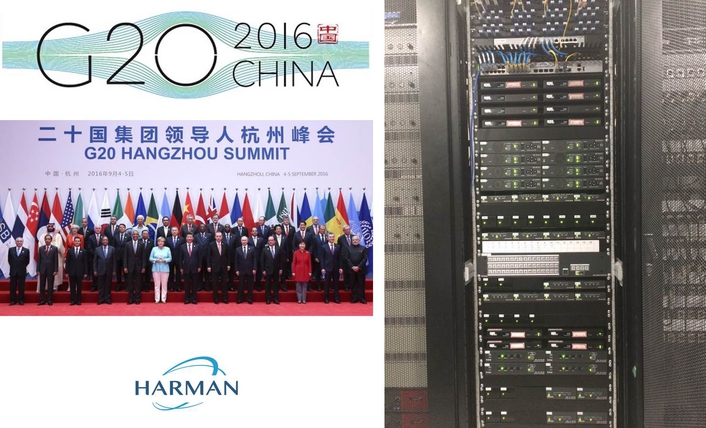 HARMAN Professional Solutions  announced that its AMX SVSI series of Networked AV solutions were used in the Hangzhou International Expo Center, the location of this year’s G20 Summit. The 2016 G20 Summit, which ended on September 5, 2016 in Hangzhou, was one of the most important international conferences organized by China in recent years. The 20 most influential world leaders gather at the Summit to discuss topics of global warming, international trade, economic boosting and the like. The newly constructed Expo Center, which provides 850,000 square meters of space, sits in the Xiaoshan District of Hangzhou City.

“Hosting a world-level conference in such a massive and newly delivered building is a complex undertaking,” said Kevin Morrison, Senior Vice President, Enterprise at HARMAN Professional Solutions. “The facilities had never been fully utilized by any large events, let alone meetings like the G20, so HARMAN was glad to help the Expo Center rise to the occasion.”

AMX’s renowned SVSI line of Networked AV solutions was adopted for smooth control and optimal performance of the G20 video distribution system. The system was designed to deliver audio and high-resolution video along with networking between the Main Conference Hall and 20 hearing rooms across the facility. “SVSI was selected in this case because of its reliability and stability as well as its versatility,” explained Morrison.

During the 2016 G20 Summit, the Main Conference Hall, Luncheon Hall and the Press Conference Hall were major places where the 20 country leaders gathered and dialogued. High-ranking officials and politicians from both China and G20 member countries met and watched the Summit through screens and the interpretation system in different 20 hearing rooms, where the SVSI system and connected devices were equipped for audio and video transfer and distribution. 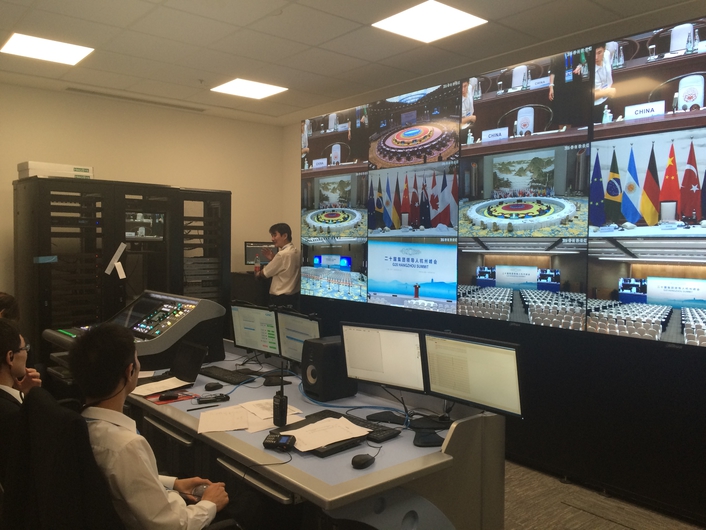 One hundred fifty SVSI devices were used for networked video encoding, decoding and transmission, and the efficiency of the SVSI video control platform was noted by operators in the central control room. “The powerful performance, low latency, flexibility and scalability of the SVSI system ensured smooth distribution and high-quality presentation of video content in multiple rooms across the Expo Center,” added Morrison. “We continue to see SVSI-based systems selected for major implementations.”

“AMX’s SVSI Series has proven itself to be an efficient and stable solution for IP video and audio distribution,” says Lee Dodson, Senior Director, Enterprise Marketing for HARMAN Professional Solutions. “The fault-free performance at China’s G20 Summit is just another showcase of its capabilities in the field.”