Riedel at the G20 Summit in Australia

Riedel Provides Flexible High-Performance Network Infrastructure and Comms for G20 Summit in Australia
Demonstrating its leadership in providing secure, reliable, and versatile solutions for the most demanding events, Riedel Australia partnered with the Brisbane Convention and Exhibition Centre (BCEC) to provide a robust fiber and radio network for the 2014 G20 summit in Brisbane, Australia. The companies not only deployed Riedel's MediorNet real-time fiber infrastructure along with more than 200 Hytera DMR radios for the high-profile event, but also provided audio, video, and communications services throughout the two-day summit.

"In planning for the G20 summit, we knew that redundancy was of the utmost importance, so Riedel's MediorNet immediately sprang to mind," said BCEC AV Project Manager Richard Saunders. "During the event, we would get requests for immediate visibility into specific areas, and MediorNet gave us access to video within seconds. Without this Riedel network, such demands would have required 15 minutes of repatching." 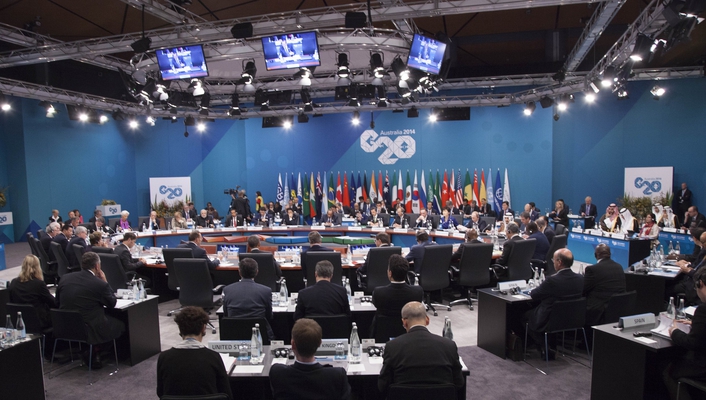 MediorNet's ability to route signals in real time was critical to the G20 event. In total, 37 MediorNet frames were installed throughout the BCEC, providing complete path and signal redundancy for the large number of HD video channels, Ethernet tunnels, and audio and comms channels used for the summit. Alongside the host broadcast services, provided by NEP Australia, Riedel's MediorNet network enabled transport of video feeds to and from the main conference rooms, media suites, hospitality areas, security zones, and delegates' offices. It also allowed the BCEC team to embed and de-embed any audio source to and from the video streams. Thus, when delegates needed specific languages supplied with their video feeds, that audio was just a mouse-click away. 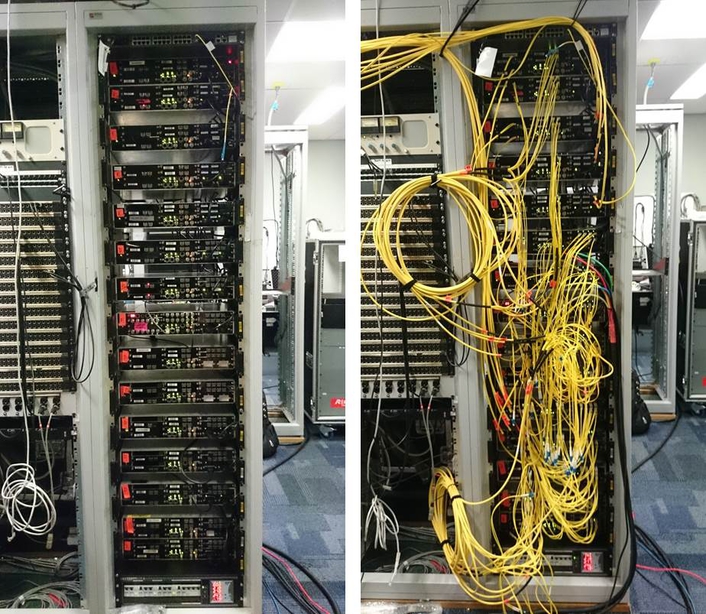 In addition to the MediorNet infrastructure, Riedel Australia also provided a sitewide digital radio solution for the BCEC and a number of other stakeholders. Riedel used Hytera radios for the event and by installing two receive sites, Riedel Australia ensured that radios — and their users — could roam between the two buildings that make up the BCEC. Riedel Australia also provided a 24-hour confidence crew for the week of the event to ensure that the radios, digital radio network, and fiber infrastructure performed well at all times.

"The standards required for the extreme scale of the G20 Summit and the event's requirements for delivery of extremely sensitive pictures were handled by Riedel gear without a hitch and without any loss of quality, often at a moment's notice," added Saunders. "This is the kind of performance that sets Riedel's MediorNet solution apart from any other."

The BCEC expanded its single-mode fiber network for the event, greatly increasing its capacity. The company also purchased a number of Riedel's MediorNet frames to use in conjunction with rented MediorNet systems during future events.