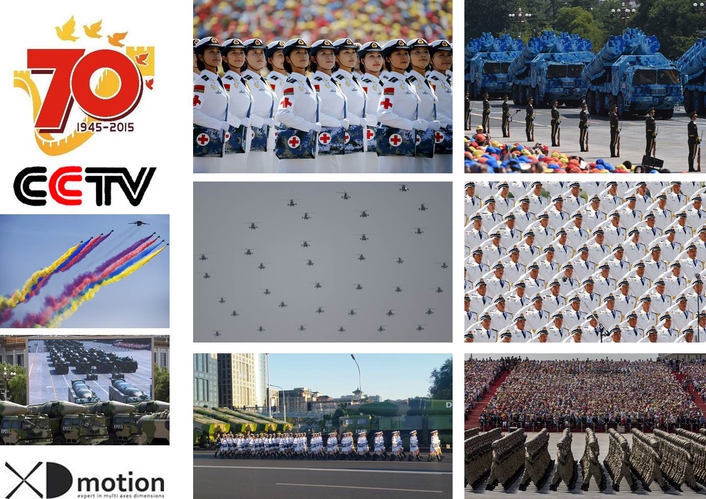 In Beijing, China marked the 70th anniversary of the end of World War II, and its role in defeating Japan, by holding an enormous military parade and declaring a new national holiday. The spectacle involved more than 12,000 troops, 500 pieces of military hardware, and 200 aircraft of various types, representing what military officials said were the Chinese military's most cutting-edge technology. While the entire event was a show of strength, Chinese officials insisted the message was about peace, with the logo displayed on posters featuring an image of a dove. 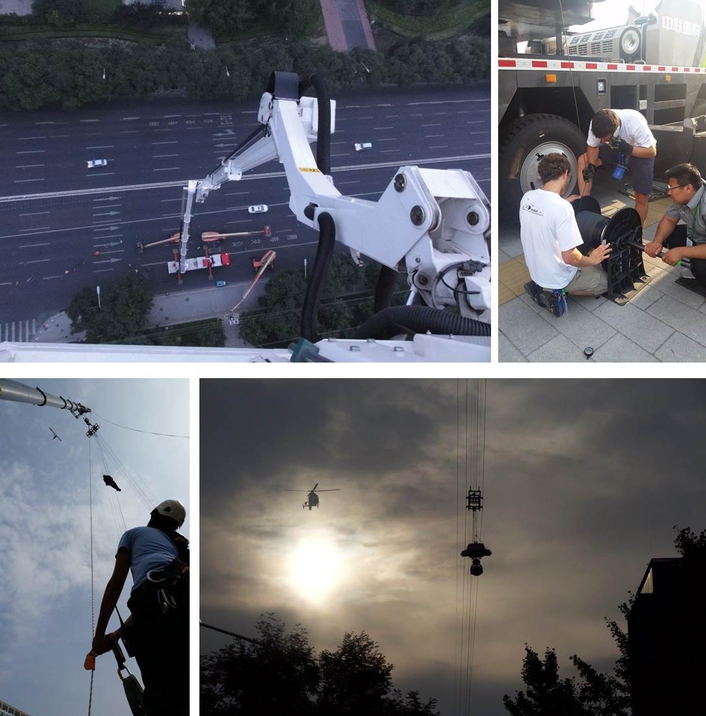 To cover the event and to distribute the images across the world the host broadcaster CCTV has established a camera plan with 85 cameras on and around Tiananmen Place. To install all the various camera positions CCTV had 10.000 technicians on hand. The setup with various rehearsals during days and nights started one month prior to the parade. 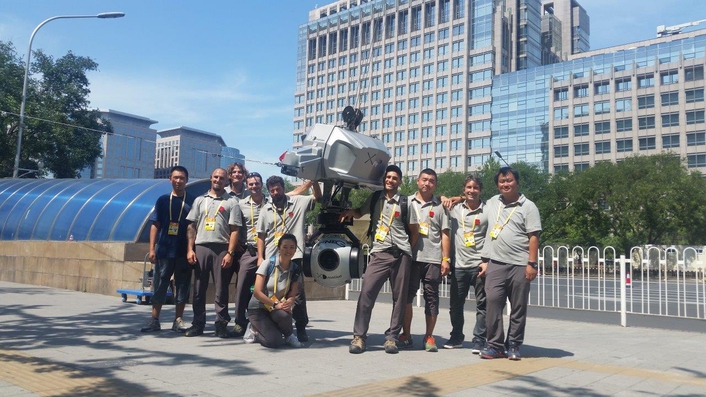 One of the most complex tasks was the installation of a 600 meter long flying camera. To solve this problem CCTV had invited XD motion. XD motion had sent a crew of seven people to Beijing together with an X fly 2D. CCTV’s request was to run the X fly with a speed of 40 km/h to be able to follow the presidents car on its way to the Tiananmen Place.

XD motion solved the request by modifying the X fly 2D to run the 600m with HD fiber cable. Finally  the world’s first flying camera with a speed up to 40 km/h was borne. A further difficulty was to rig the X fly system above the trees and during high level traffic on one of the most important streets in Beijing. 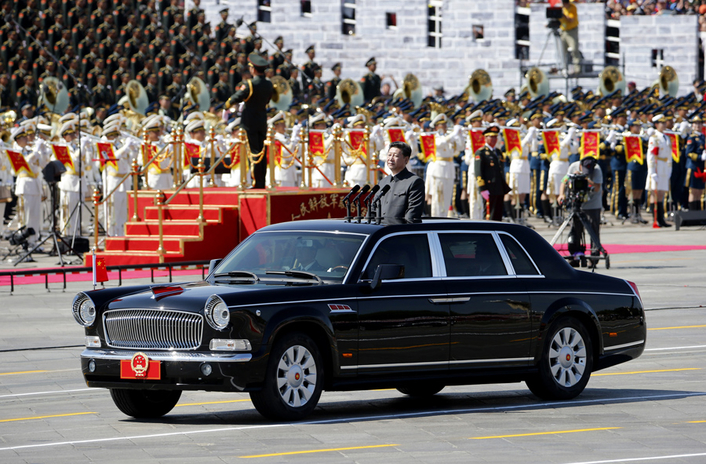 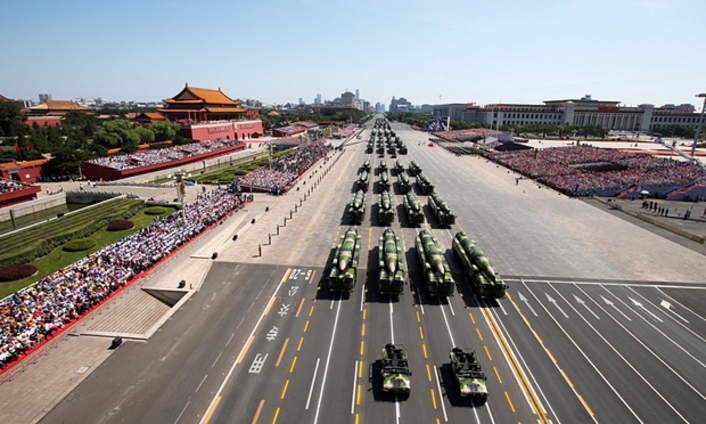 The X fly delivered the expected images to military enthusiasts in China and many observers overseas: The People’s Liberation Army saw the parade as a strategic site for displaying a capable military and demonstrating the will to use it. The display of armaments was the most anticipated part of the parade. 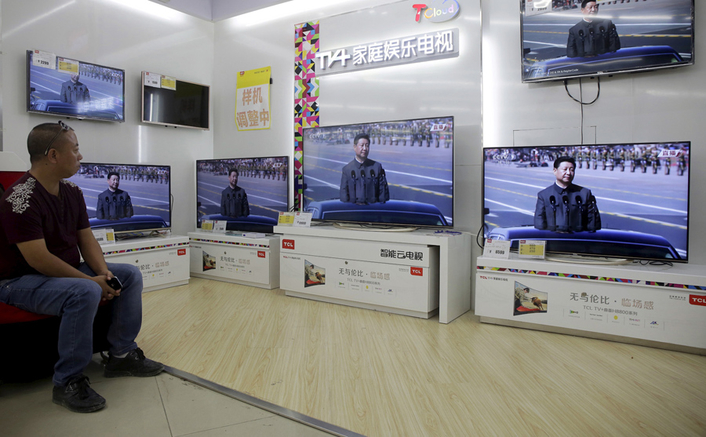