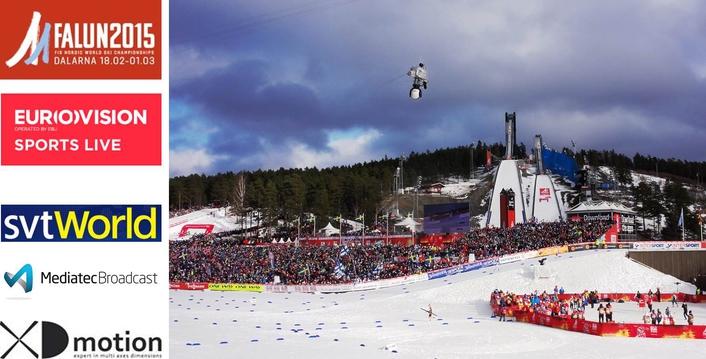 12 days of extremely successful of Cross Country, Ski Jumping and Nordic Combined action
The 2015 FIS Nordic World Ski Championships presented by Viessmann started on 18th February in Falun (SWE) with two Cross Country qualification events in the men’s 10 km free and the ladies’ 5 km free, in addition to the Opening Ceremony which was kicking off 12 days of packed action. The FIS Nordic World Ski Championships included 12 medal events for Cross Country, five medal events for Ski Jumping and four medal events in Nordic Combined. In total, 21 gold medals were handed out during the 12 days.

In total, 59 nations took part in this year’s edition of the World Championship, including a record 58 nations in Cross Country. Men’s Ski Jumping featured 25 different nations, while both ladies’ Ski Jumping and Nordic Combined had entries from 16 nations. All in all, just over 700 athletes have participated in the 2015 World Championships. Cross Country topped the list with 483 athletes, while Ski Jumping saw 149 and Nordic Combined was bringing 69 athletes to central Sweden. 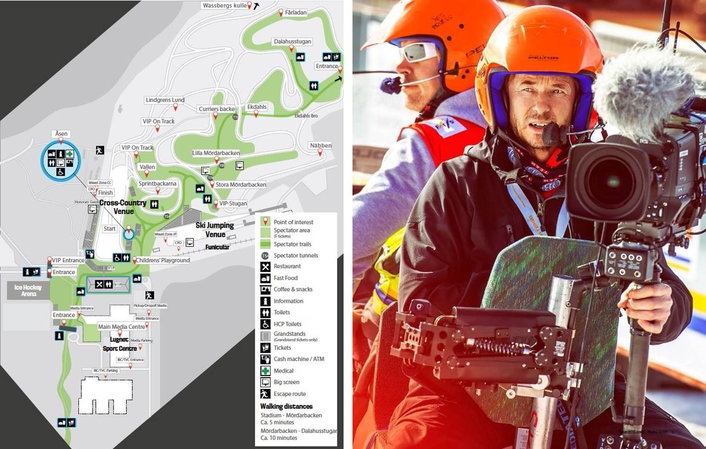 The host broadcast operation was carried out by SVT (Swedish Television) with all races produced in HDTV with the support of Mediatec Broadcast. Working for Mediatec Broadcast some of the most spectacular images of the events were produced by XD motion with its arsenal of specialist cameras:
•   X fly 2D 700 meters long
•  RTS Trackrunner (150m) towards the finish line with Stab C Compact remote head and Highspeed camera
•   2 cranes 60 meters high
•   Cine G gyro-stabilized head RF with 22x lens 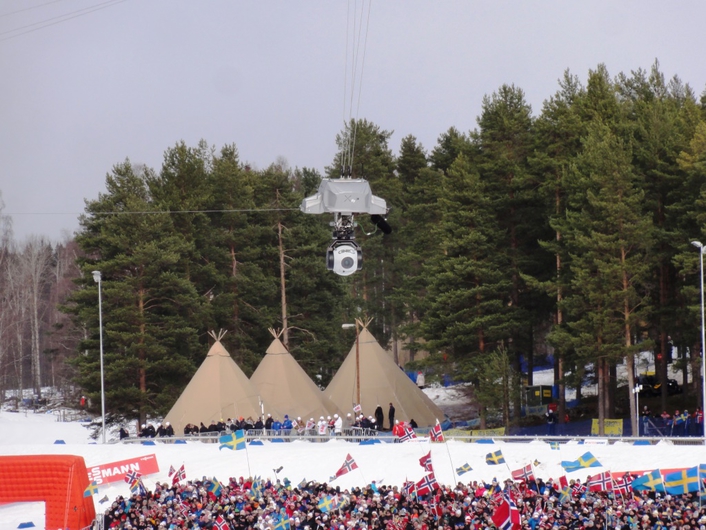 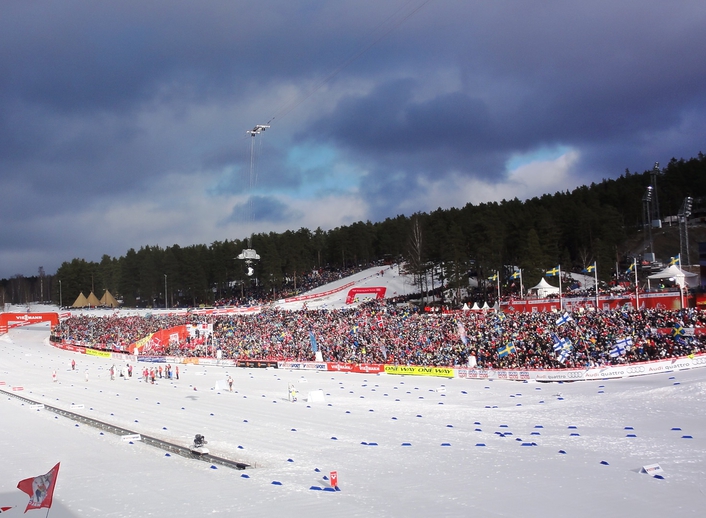 Benoit Dentan and the five members from XD motion were working hand in hand with Axel Engstrom from Mediatec Broadcast and the TV director Johan Bernhagen to deliver stunning images and to catch the attention of the viewers in front of their TV sets.

Altogether, 14 different nations won medals, with Norway and Germany having the most success. The Norwegians were strong across all disciplines, taking home 20 total medals including an impressive 14 in Cross Country. The Norwegians also topped the medal table for gold medals with 11 in total. Germany also had much success making it to the top of the podium, with five of the nation’s eight total medals being gold. Host Sweden closed the World Championships with nine medals (2G, 4S, 3B). 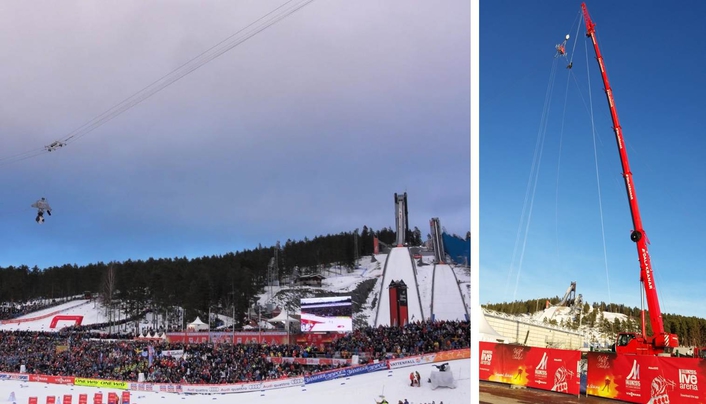 In Cross Country, the top athletes individually were Therese Johaug (NOR), who took home three gold medals, while Sweden’s Charlotte Kalla was the hero for the home nation, earning four total medals. On the men’s side, Petter Northug Jr. capped off a strong comeback with four gold medals. Johan Olsson (SWE) also picked up a gold, silver and bronze medal.

In Ski Jumping, Germany’s Severin Freund and Norway’s Rune Velta were the men’s top athletes. Freund earned two gold medals in addition to a silver, while Velta had a memorable World Championships earning a medal of each colour, including two golds after leading Norway to the team event title. Carina Vogt (GER) took home both of the gold medals in the ladies’ competitions. 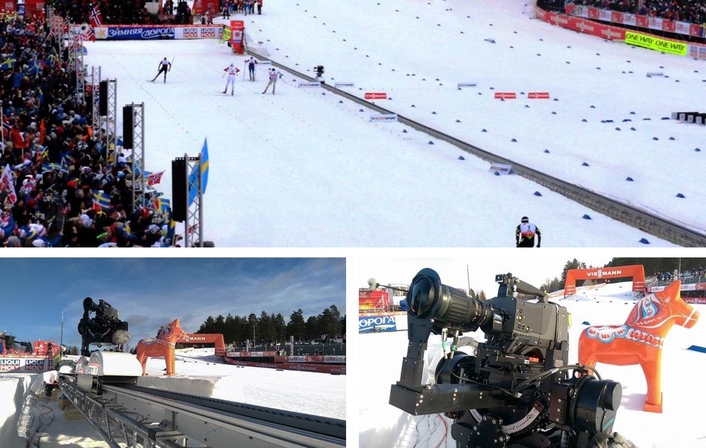 France and Germany shared the honours in Nordic Combined with Johannes Rydzek claiming a medal in all four Nordic Combined competitions, with gold in the normal hill individual Gundersen in addition to anchoring Germany to its first Team Event gold medal in 28 years. Jason Lamy-Chappuis won gold in the large hill individual competition as well as leading France to glory in the team sprint.
Saturday, 21st February brought the most fans to Lugnet Arena. More than 45,000 fans packed the stadium to cheer on men’s and ladies’ Cross Country skiathlon and the Ski Jumping normal hill. In total, the Falun Organizing Committee exceeded all expectations for ticket sales, well over the goal of 200,000 total tickets as in the end they sold 228,000 tickets. 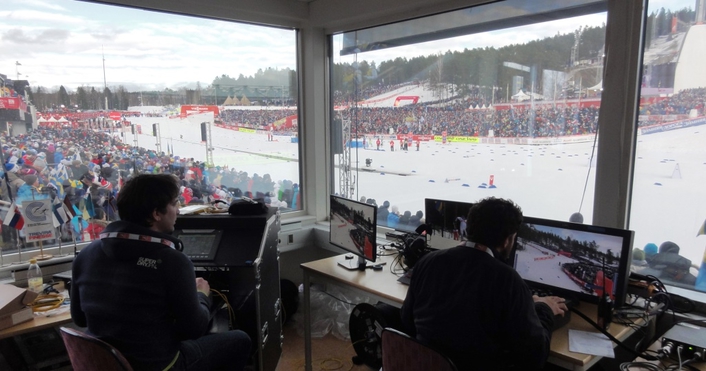 It was also an international atmosphere as fans from many different nations, including Finland, Germany, Poland, Austria, Switzerland and France, but in particular from nearby Norway flocked to Falun in great numbers to cheer on their athletes. The Falun 2015 Organisers estimate that 65 percent of the spectators came from outside of Sweden for the competitions.

EBU (European Broadcast Union), the media and marketing rights holder, reported that the World Championships were broadcast in more than 20 countries with nearly 800 representatives across television, print and online media present on site in Falun. 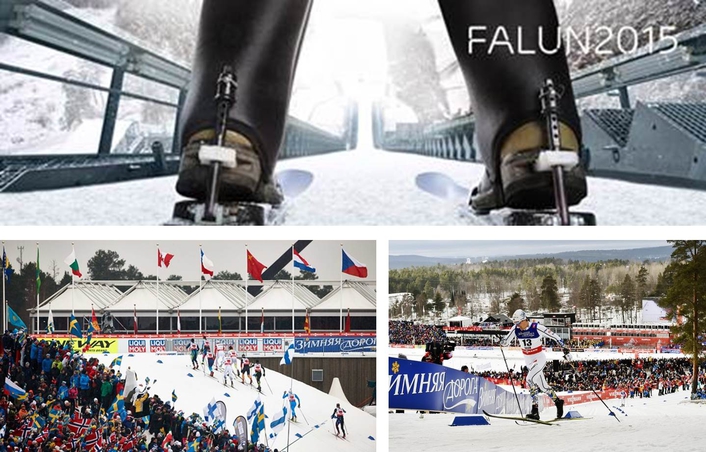 Outside of the competitions, the programme at the Medals Plaza was a massive success. With free concerts prior to the ceremonies and the national television stations from Sweden (SVT) and Norway (NRK) broadcasting live from their studios, it created a festive atmosphere for the athletes to collect their prizes.

Falun 2015 Organising Committee CEO Sven von Holst said, “We have created a competition venue for Nordic skiing where skiers and spectators integrate in a way that creates a fantastic atmosphere. Our vision was to arrange Championships beyond all expectations. Thanks to fantastic volunteers and engaged partners we feel that we succeeded in reaching it.”

The FIS Nordic World Ski Championships 2017 will be held in Lahti (FIN).