Low Down at the Showdown 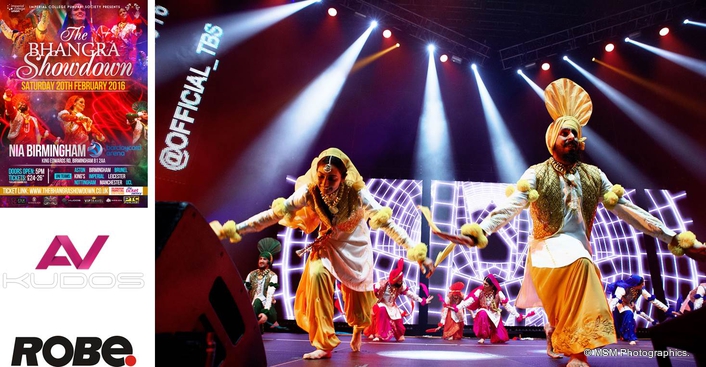 The 2016 Bhangra Showdown (TBS) event produced by Kudos AV and the Imperial College Punjabi Society is the world’s biggest Bhangra dance competition and this year moved to Birmingham’s Barclaycard Arena. Once again, the bar on production values was spectacularly upped.

Kudos AV’s Hardeep Kataria was the production director and Tom, who also served as production designer commented, “The organisers wanted a wide and angled look this year and something a bit different to a ‘standard’ big LED wall upstage”, so the stage design evolved into an LED screen at the back comprising five flown columns of Absen A3pro 3.9mm pitch screen. 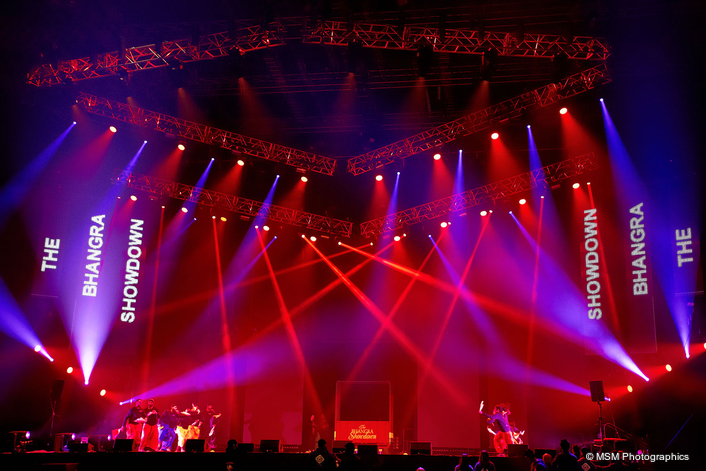 Each column was hung on pairs of motors that allowed them to be moved into different positions and create different shapes behind the performers. They also raised and lowered to allow the teams of dancers stage access / exits.
Lower resolution LED strips out along the side wings extended the space widthways and add further content space.

A key point for the lighting brief was to ensure the performers were well lit from all directions – front, top and the side, the latter being  very important for lighting dance performances. 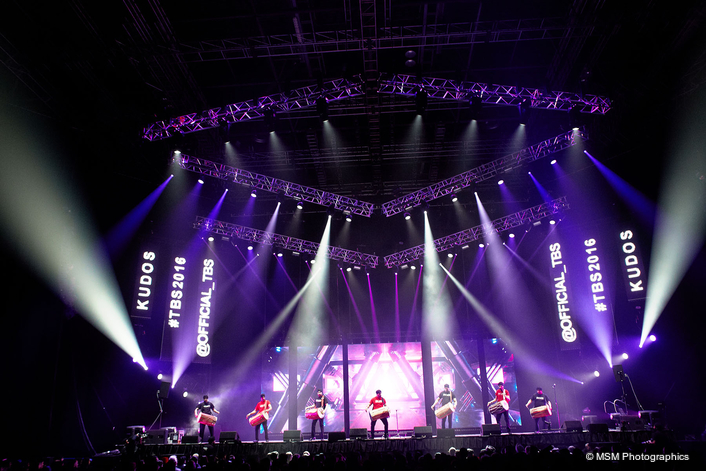 High output fixtures were needed and as it’s a very colourful event, they needed fixtures where the lumens could really cut through even in the darker colours. Tom had recently seen the BMFL Wash in action and thought it would be an ideal fixture for the job.

Eight BMFL Wash XFs were rigged on the front truss with the other 8 on the floor, distributed around the back and sides. 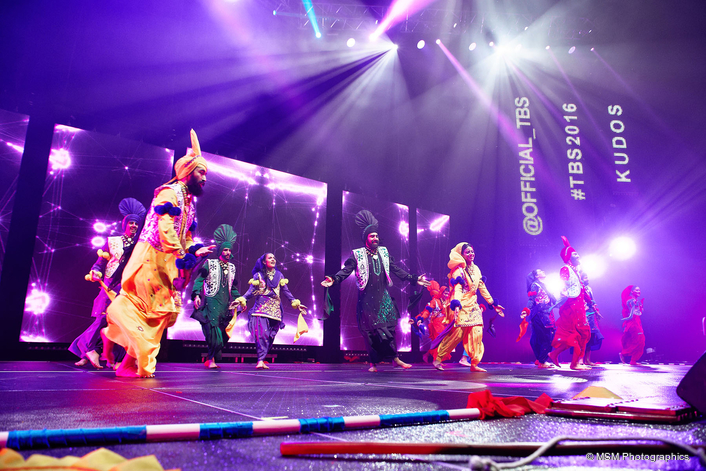 The 12 x Pointes were on the back truss, used for the versatile high-impact beam technology work that they do so well.

With these Robe moving lights in place, Nathan, an experienced lighting designer and director, had all the tools at his disposal to create the vibrant, fast-moving, animated show demanded by the occasion to match the serious kinetic energy and excitement generated by the dance teams.

He programmed and ran the show using an Avolites Arena console, which was connected to 3 x Avolites TitanNet Processors. 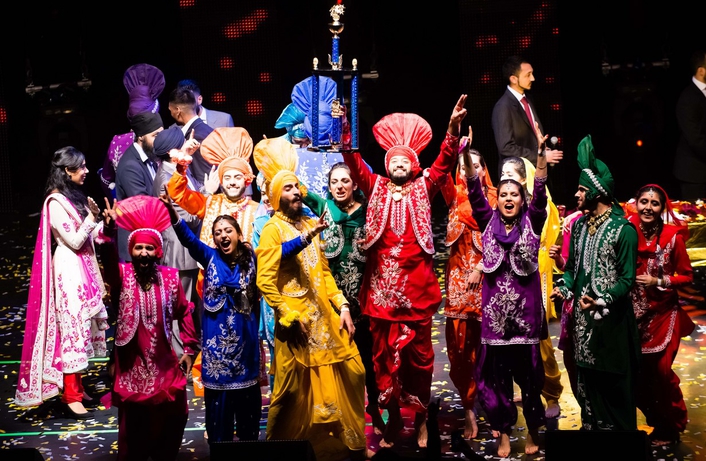 The team from Imperial College once again took the winner’s trophy, with the University of Birmingham and Aston University taking second and third places respectively.