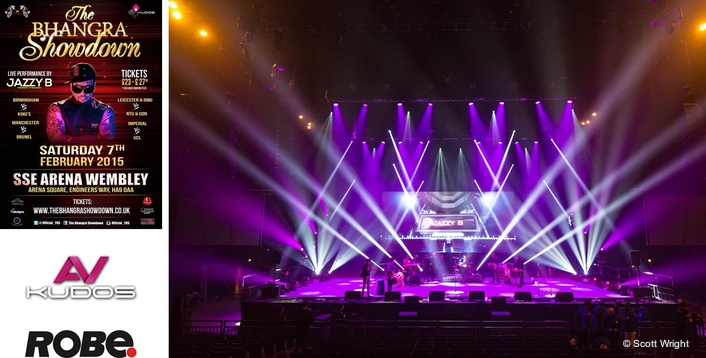 On the floor, in addition to the Pointes on the vertical stands, were eight wash fixtures and the four remaining MMX Spots
Robe lights were right there at the hub of  the action for the UK's largest student show and the world’s biggest Bhangra competition, ‘Bhangra Showdown’, which this year seriously upped the ante, moving to the SSE Arena, Wembley, London  for the first time, reflecting the success and popularity of the event now in its eighth glorious year.

The show - organized by Imperial College Bhangra Society also featured its largest and most ambitious technical production to date to accompany the eight top student teams who strutted their talent in the battle for The UK’s Best Student Bhangra Team.

Kudos AV, based in Middlesex, have sponsored the event for many years and this year were also the main Technical Production provider. With the move to the larger venue, they asked High Wycombe lighting rental company Siyan to supply some of the additional kit needed and also assist on the lighting design for the high energy show. 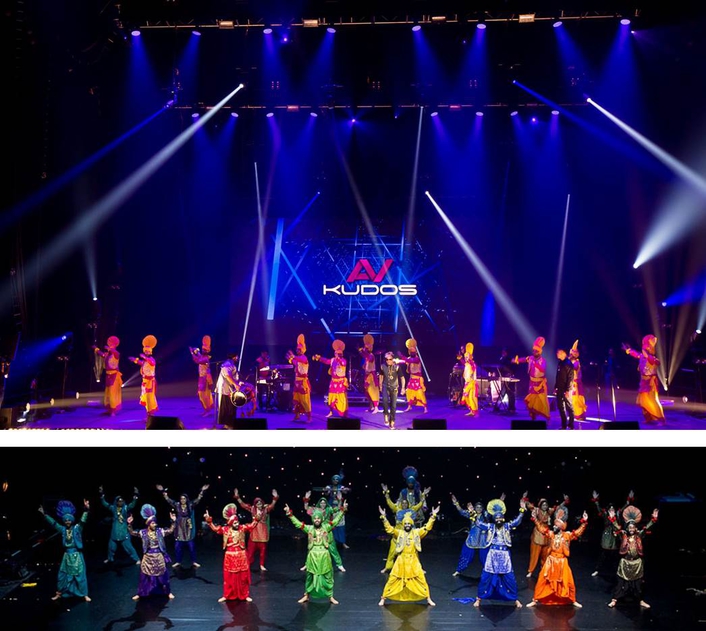 The actual lighting design was a collaboration between Kudos LD Vitalijus Kybartas (Vits) and  Siyan’s Tom Grant. A major consideration was that it had to be practical to rig and get up-and-running very quickly, as the time-frame was so tight. Due to the venue layout for this show, the stage was not directly underneath the house grid, making rigging a little more complex than usual, which Vits & Tom kept in mind when conceiving the initial design.

The solution revolved around three straight trusses - front, mid and back - with drop-pipes on the mid and back creating extra depth and dynamics and allowing the positioning of Pointes at different heights all around the performance space.

This geometric pattern was mirrored with the floor package, where eight different height pipe / tank-trap towers were dotted around the stage, each rigged with a Pointe on top. Once this basic truss and floor stand idea was established as a building block of the system, Tom and Vits added additional layers of lighting including side light, boosting the front truss lighting and tweaking fixture positions to maximise their use. 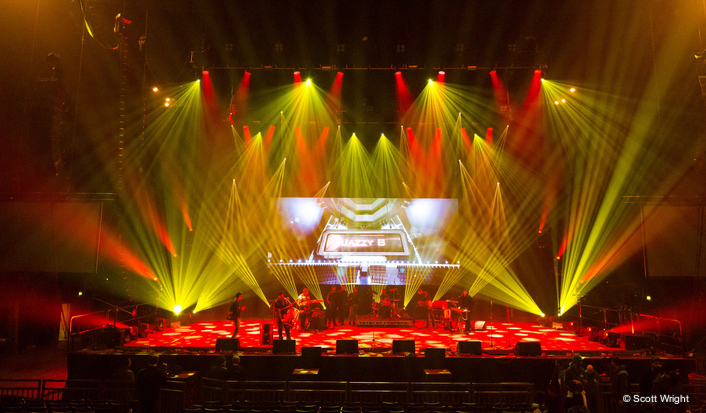 One of the main creative challenges was to produce lots of fresh, colourful, fast moving and animated lighting looks for the different teams of contestants, ensuring that each presentation received a similar amount of visual attention, and also that each had its own unique setting. This was a task at which the Pointes once again excelled.

The 60ft front truss was rigged with four MMX Spots used for key lighting and some 700 Wash fixtures.

The mid and back trusses were both 50 ft. wide and loaded with six Pointes each on the pipe drops, four MMX Spots and eight LEDWash 600s together with more blinders and strobes.

On the floor, in addition to the Pointes on the vertical stands, were another eight wash fixtures and the four remaining MMX Spots.

Effectively, the show stage was surrounded by Robes!

Vits loves Pointes for "the linear prism effects, the really fast movement and the generally quick responsiveness which mean effects can be inserted into your show in a heartbeat!” He also likes the small size of the Pointe and its power. "It's great for virtually any applications" he states. On this show the fact that Pointes are equally good as a beam, spot or wash fixture was another asset – it looked like they had double the fixtures in the rig! 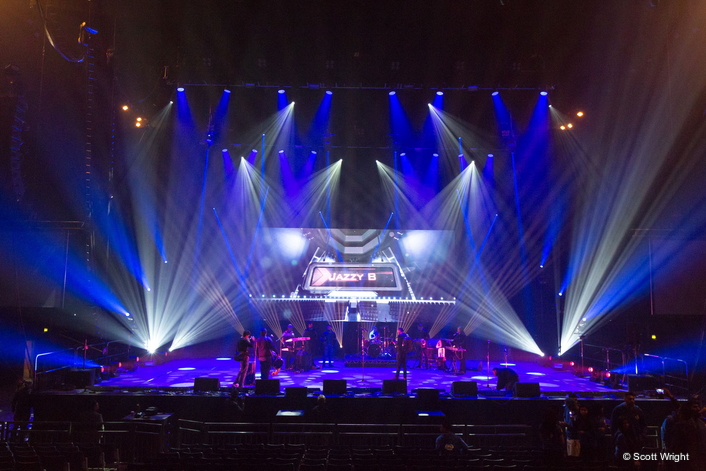 He also reckons the MMX Spots are great for multi applications. In addition to the excellent key lighting they provided, he used them for aerial gobo scenes, stage texturing and bold colourful beamy pictures, all of which were honed to compliment and work alongside the video content being shown.

The LED Washes he comments, “A really powerful wash for the size, a nice flat beam field, great zoom and good effects using the individual ring control”. He used the latter for several elements of the show. 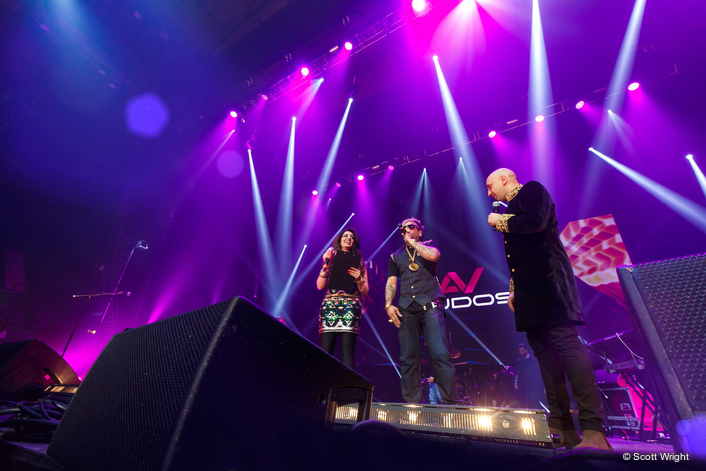 Talking generally, he has used Robe from day one of his professional lighting career, along with all the other major brands, and “Am proud to say that the Robe products - and the service - is the best”.

Winners of the 2015 Bhangra Showdown were competition founders Imperial College … who were given a close run by runners up, UCL.