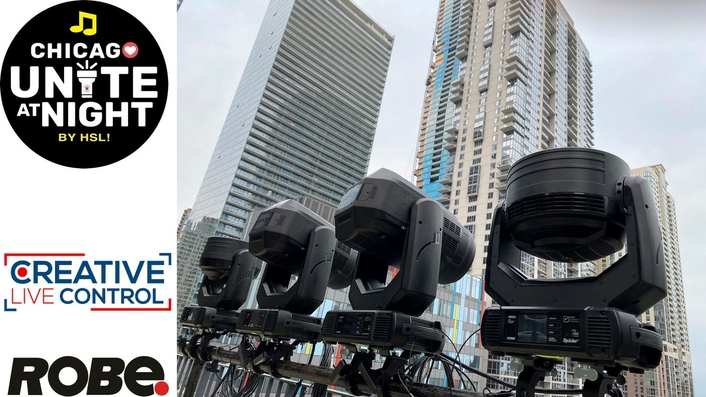 First off, the two have been helping light up different areas around Chicago embracing the “Unite at Night” initiative, with Robe moving lights from their rental partner, JRLX. This nightly sing-along, make-some-noise and DIY lightshow – interpreted as bring what you can fairy-lights, glitter-balls, LED battens, etc. – started spontaneously in and around the city to bring communities together in uncertain times and celebrate the efforts of all heroes on the frontlines helping to keep everyone safe.

Immediately when Charles and Brandon saw what was happening they thought … “let’s DO this and get some real lights out and about!” explains Charles.

They then rocked up over two weekends at different locations including two neighborhood ‘hot spots’, one in the South Loop adjacent to the downtown area, and the other in Lakeshore East just north of Millennium Park. 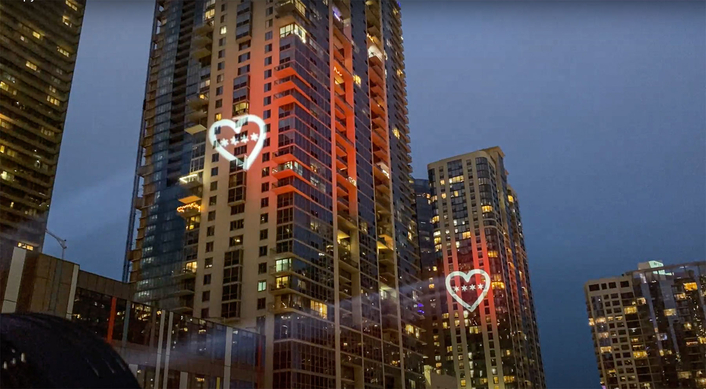 Both locations are replete with tall buildings, so they set up – about half a mile away from the main structures – using the Spiiders for general wash lights and the MegaPointes to blast spectacular razor-sharp gobo patterns which climbed up and down the buildings to the delight of onlookers and residents as they whooped and partied.

The gobos included some custom designs – like hearts – supplied by their friends at Rosco. 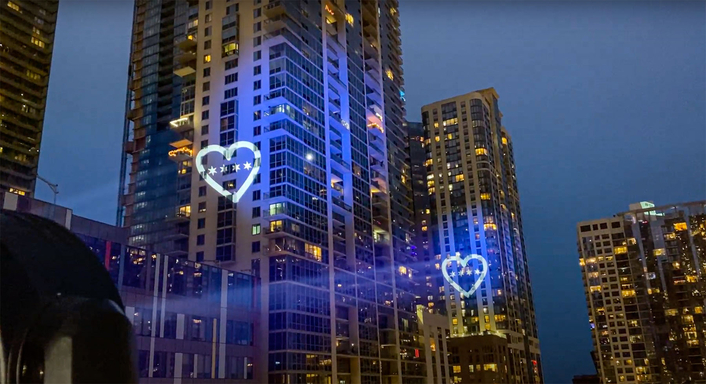 “We were delighted to be involved, and it’s great to see light generally celebrated during this time as something that’s positive and a sign of hope for the future,” enthused Charles, adding that the mood was shared by local media who were happy to report some uplifting news! 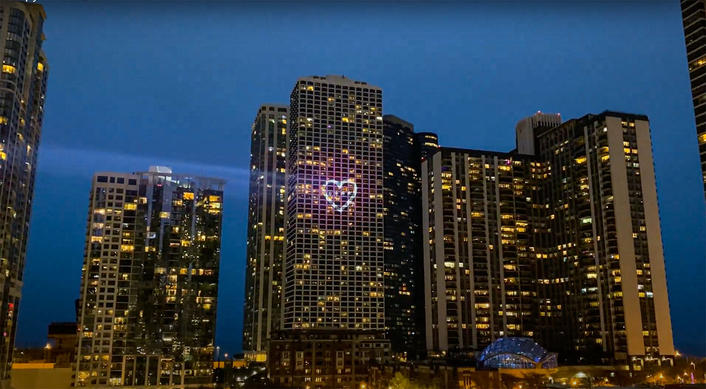