FL Group Streams On with Robe 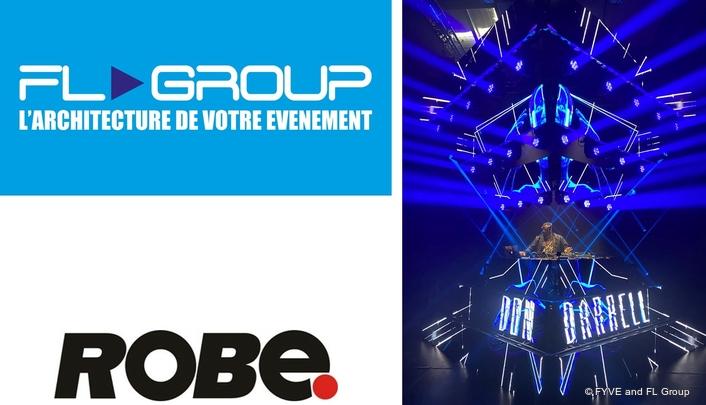 When the French live event and production industry ground to a halt in March, as with all the rental companies, all FL Group’s immediate work was cancelled, the country went into lockdown to contain the virus and all the staff found themselves in a technical unemployment situation.

Not one is to sit around for long in this industry, and Lucas and Quentin were no exceptions!

They started by creating a truly incredible looking lighting and video design inspired by the conical shape of an hour-glass timer! Three chevron-shaped trusses were rigged in descending order of size – largest at the top – in the warehouse roof, each truss with an LED video border on the front edges. 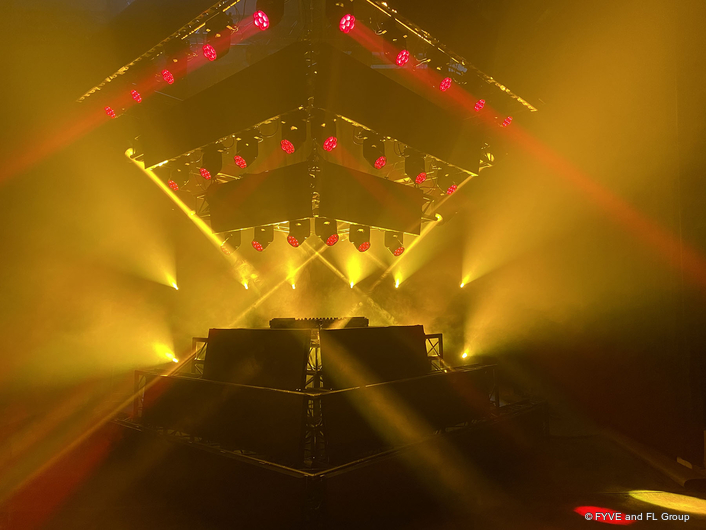 Each truss was loaded with Robe LEDBeam 150s, twenty-four in total. Ten were on the highest two trusses, eight on the middle two and six across the two lowest sections … which were just above the performer’s head!

For back lighting and retina-burning blasts through from the rear … were 12 x MegaPointes! Two Tarrantulas were used to side light the artist, and at the front for key lighting were four BMFL WashBeams on stands. All fixtures were pulled from the company’s 400-strong fleet of Robe fixtures and were programmed and controlled via a grandMA2 console.

“The idea was basically to make it appear like a festival main stage, with lots of drama and impact,” explained Lucas. 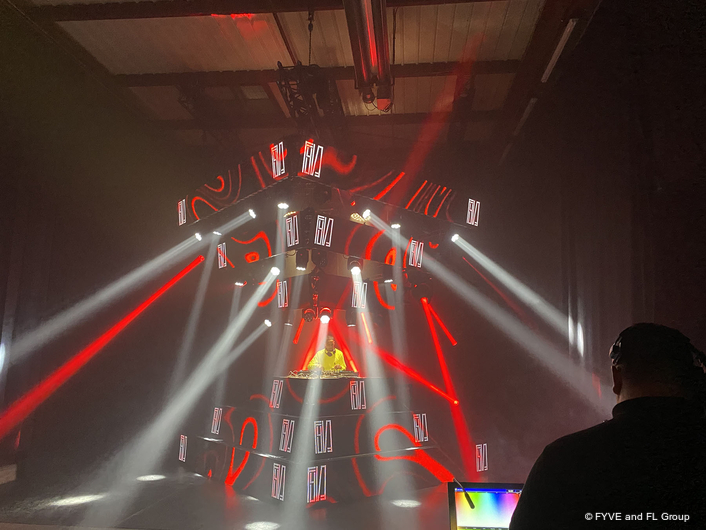 To test out their creation, Lucas and Quentin asked French rapper Rim’K – who has several connections with the company – if he would check it out, which he did … while shooting the official video for his new release “Midnight”.

This has received over 2.5 million views … so it is clear his fans also appreciated the music assisted by a super slick professional production set up.

After this great experience, the lockdown intensified, and the brothers decided to try and get some live stream work going … as this is an activity that can be achieved with social distancing, and for which so many artists could benefit from even a small but thought-through production! 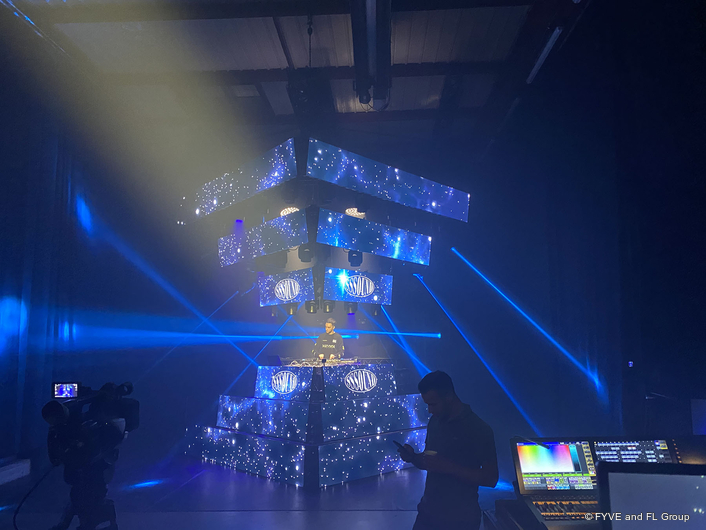 They changed up the set and scenic elements of the ‘production space’ after the Rim’K video shoot and approached their many industry contacts and friends in music and artist communities. Following a lot of hard work, a raft of popular and cutting edge DJs and music producers lined up to take a streaming spin in the warehouse – including Rakoto3000, Hony Zouka, MG, Jam Hill, Stéphane dos Santos, Livoo, Tony Vegas, DJ XLR, DJ Seif and Don Darrell to name just a few!

All of them were just as anxious to return to some form of normal-looking and sounding ‘live’ performance as possible, and their various sets have been broadcast on Facebook Live and Twitch … on average each getting around 5000 views.

“It’s been a fantastic experience getting back into some ‘almost live’ music and being able to operate a real lightshow,” enthused Lucas. “Right now, this is the closest we have been able to get to the real gigs and the incredible atmosphere and vibes of being live and being there that we all love and miss so much!” 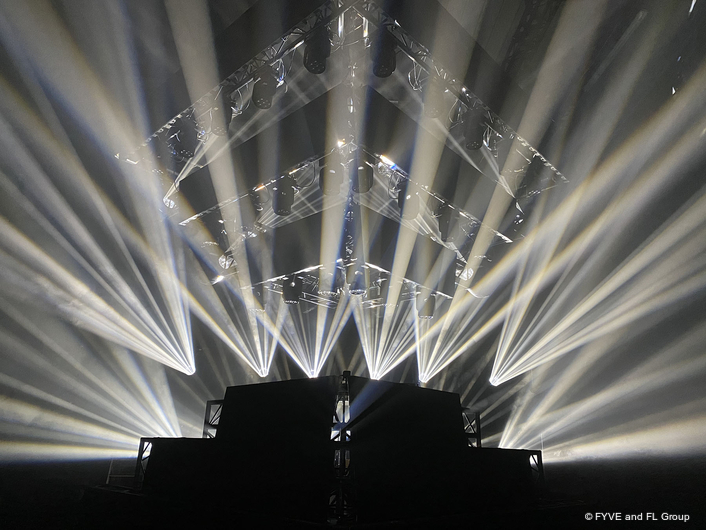 Lucas likes Robe products generally for their reliability and great features like colours and colour mixing and will always integrate ‘an amount’ of Robe into his show designs.

Normally at this time of year, FL Group would be full-on supplying a whole range of events – from corporates to music – with lighting, video, and sound during their traditional peak season between April and October.

Now, like everyone, they are anxiously awaiting a post-Covid-19 world that will see a gradual return to people being able to gather, dance, move, groove and enjoy live music together again!